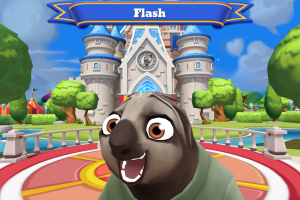 While I’m normally great about getting these articles out ASAP, a couple of things happened this time around which prevented that from happening.  For one, I’ve been working like crazy lately.  For two, I normally use gems to speed things up a bit, but after trying TWICE for […] 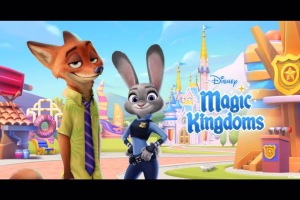 I sort of feel like I’ve gone into DMK hibernation lately.  With very little to talk about or do, I had stepped away for a bit.  However, today changes everything!  It might do well to know that the song that played after my husband and I shared vows […]

Hello my little Easter Bunnies!  After taking a delightful week off of mobile gaming to play Zelda and Persona 5, I’ve returned with the promise of a new update to DMK this morning.  While this is one of the smaller updates we’ve ever gotten, it comes packed with […]

Hello and Happy First of April.  Today, while reading Zombie Gaston Monthly, my favorite magazine about buff men who eat brains, I noticed that we had indeed been gifted a surprise patch in Disney Magic Kingdoms!  “What could it mean?!” I cried to the heavens!  Well, for one […]

Yes my lovelies, the day has finally come.  After all that welcoming and fighting and Chip running around like a crazy cup and Mrs. Potts decimating every flower she stepped on, we have finally reached the day in which we get to dress up Belle and Beast and […] 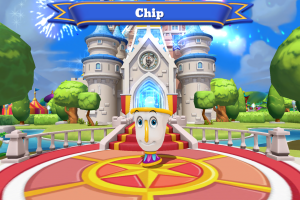 While my post for Belle won’t be up until a bit later, I thought it might be fun to take a look at other things which unlocked today, including Chip!  In this post, we’ll be discussing the little tea cup as well as some special new attractions which […]

A year ago today, something pretty magical happened.  Most of us didn’t know each other yet, but that was all about to change with the release of Disney Magic Kingdoms, a game that would bring us Disney gamers together in droves.  I recall being pretty excited for the […]