Hello and Happy First of April.  Today, while reading Zombie Gaston Monthly, my favorite magazine about buff men who eat brains, I noticed that we had indeed been gifted a surprise patch in Disney Magic Kingdoms!  “What could it mean?!” I cried to the heavens!  Well, for one this seems to be the most extensive patch yet.  The changes are far too many to count.  Mostly because there are so many I got bored while counting them and fell asleep.  It’s sort of like counting sheep in that way.  Without further ado, as I know you come here for the hard gripping facts I present, let us delve into the patch notes the way I delve into cupcakes: aggressively and passionately. 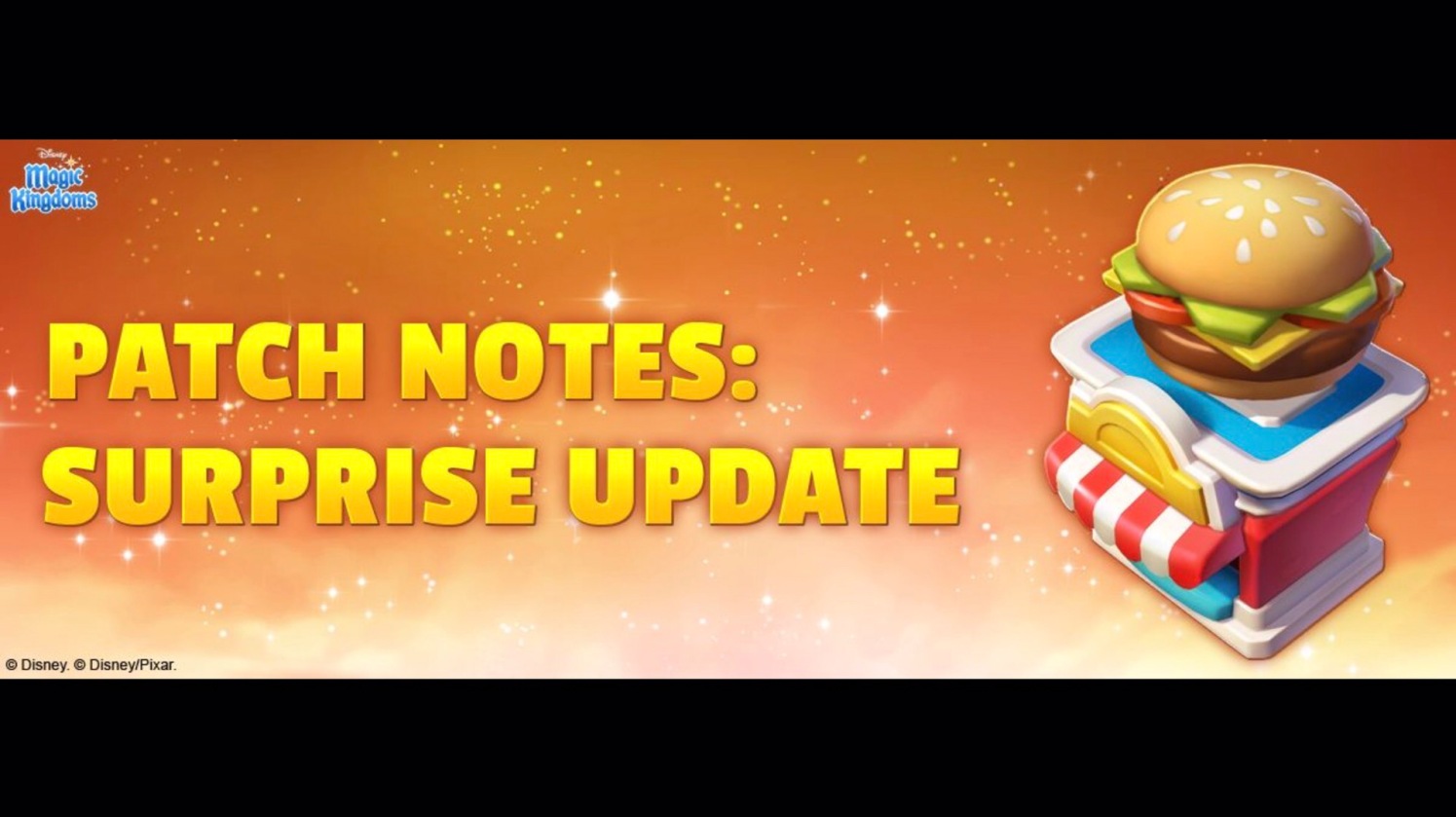 No new characters has been added this patch, but lots of fun and festive additions have joined Disney Magic Kingdoms!

Aw, my favorite words.  No. New. Content.  That’s really for the best.  Events are simply too challenging and there are too many characters. In fact, I’d prefer an update which took buildings away.  Or space.  I really have too much space.  I don’t even know what to do with all of it!

Boo’s mustache is the most important one of these.  After all, those of us who have played the game since the start will recall how it was a vital part of finishing The Incredibles event.  In fact, the only people who DIDN’T get Syndrome were those who didn’t understand the mystical powers of Boo’s mustache.

I also want to note the Buzz Lightyear change.  This finally addresses the problem that I have had in which there are simply no mini-games in the game.  Well now, thanks to this change, I can follow Buzz around and wait for him to look at me.  This is basically a mini-game and the answer to all my DMK related prayers.  Note, it doesn’t answer my normal prayers which include unlimited free snacks at Disney World. This is all pretty standard fair, but I want to point out two changes that definitely make the game much better.  The first of these is the ability to get burgers at the Philharmonic.  We’re all thinking it, I’ll just say it.  The food at that place is overpriced and overly fancy.  Sometimes I just want to listen to classical music and eat a burger.  That’s all I want.  Thankfully, all those months staying up until 3AM and requesting this on the DMK forums have finally payed off.  It’s just like they say: “Hard work will eventually lead to burgers.”

Also, Zurg can now turn into Hamm.  I was sort of hoping for Rex to turn into “A Useful Character” but I’ll take this change for now.  At least it’s a step in the right direction. 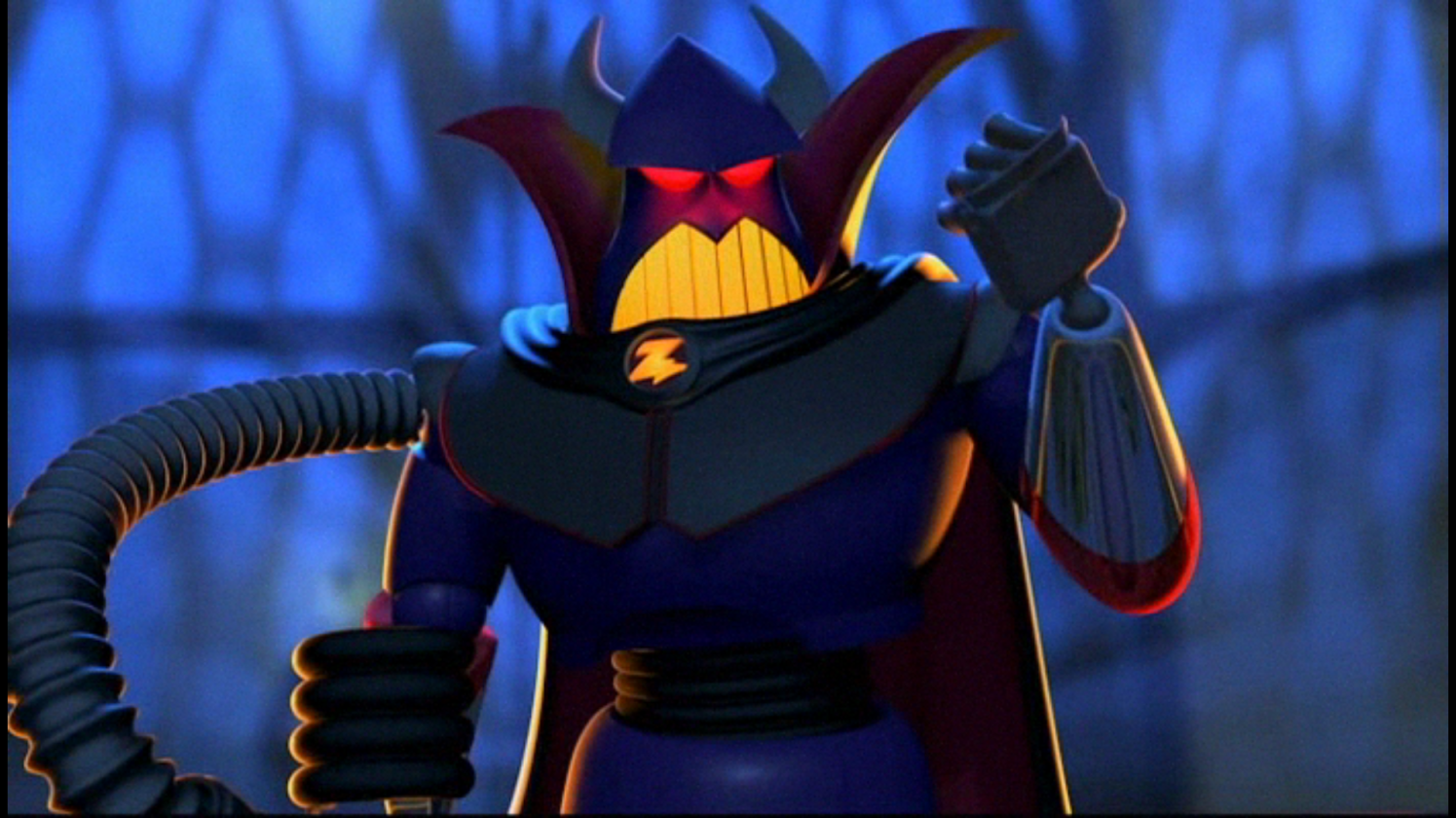 These are obviously the most important changes to the game as they pertain to Decorations and since we all have 8 million of them in our parks, it only makes sense to be excited for these changes.  I for one am excited to be able to scream into the microphone to get things to happen in the game. My friends love when I play this game at the table during dinner instead of paying attention to them already and this, to me, seems like a way to make them even happier.  I also can’t wait for Thanksgiving with the family to scream as if I am being attacked by an axe murderer in order to get the Scare Storage to fill up.

That’s all the big changes hitting the game.  Let me know what you guys think and which is your favorite in the comments and, most importantly, have a wonderfully hilarious April Fool’s Day!!