I continued on my journey with the goal in mind of finishing up the prologue so that the game would open up a bit more.  The Prologue leads you through most of the elements of the game so it was a bit of a crash course in what I will be doing for the predominant amount of the game.  But before any of that, it was time to check out the royal castle and see how the other half lives.

I met up with the king who appears to be the Monopoly man, and not Mickey, as one would usually suspect. 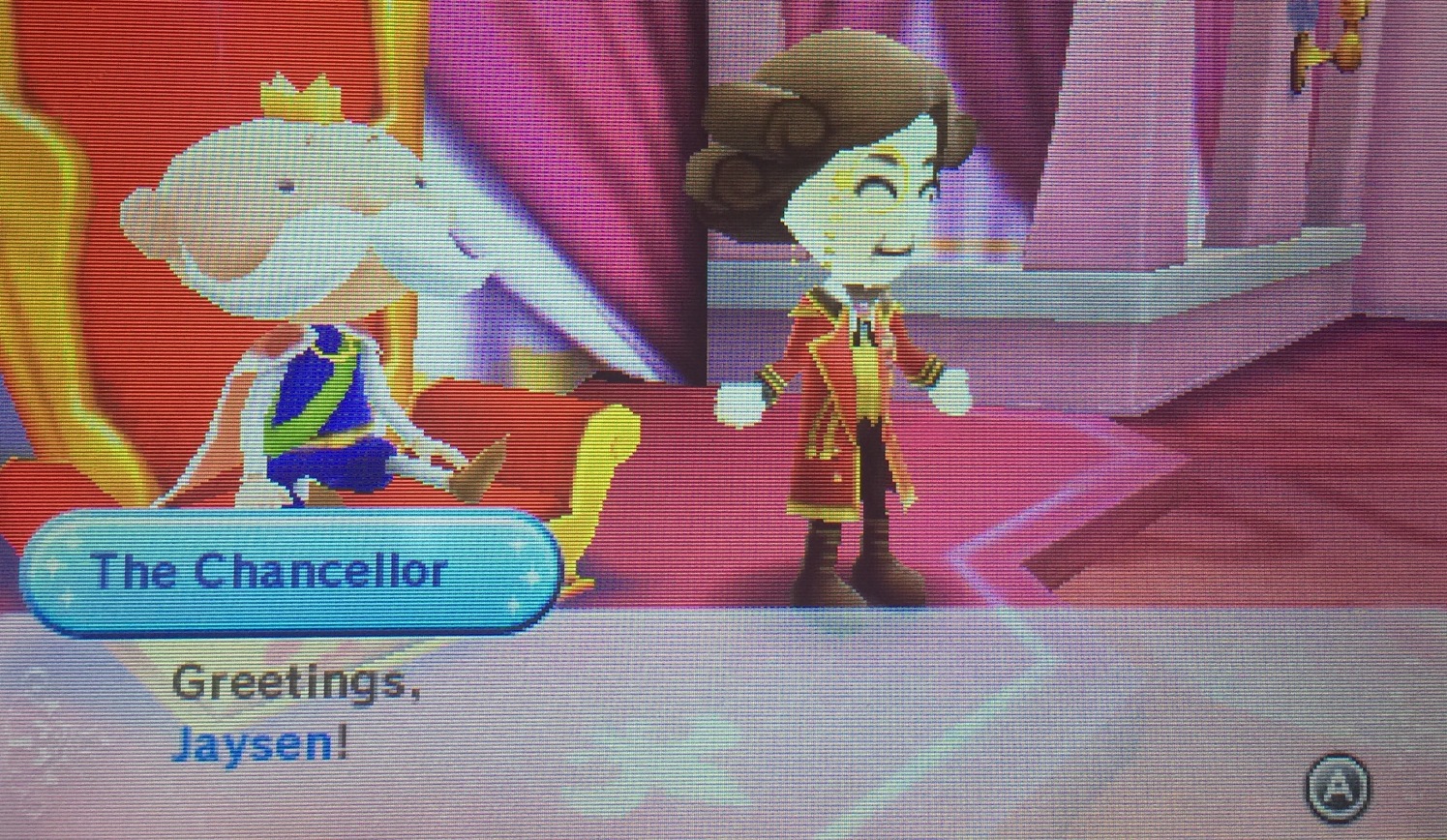 I responded with a hearty “Hey girl!”

The king shared with me that I would be having a lovely adventure.  He also told me that he is an avid card collector.  He taught me that if I wave or gesture at fellow kingdom members, they will reward me with a daily card.  I took to the streets and started waving, ready to begin my card collection.

Can I trade all my other cards for Pluto cards?  So cute!

Meanwhile, I was opening up more options for clothes to make from Daisy.  Good news, I can now wear Minnie’s dress or a really ugly pair of Mickey cargo shorts.

*Awkward smile* Oh these are my options now?  Greeeaaatt…

I met up with Chip and Dale who helped me to build a fishing pole!  They run a construction house which is sure to help me in my quest to build furniture for my cafe, which we’ll talk about in a moment. 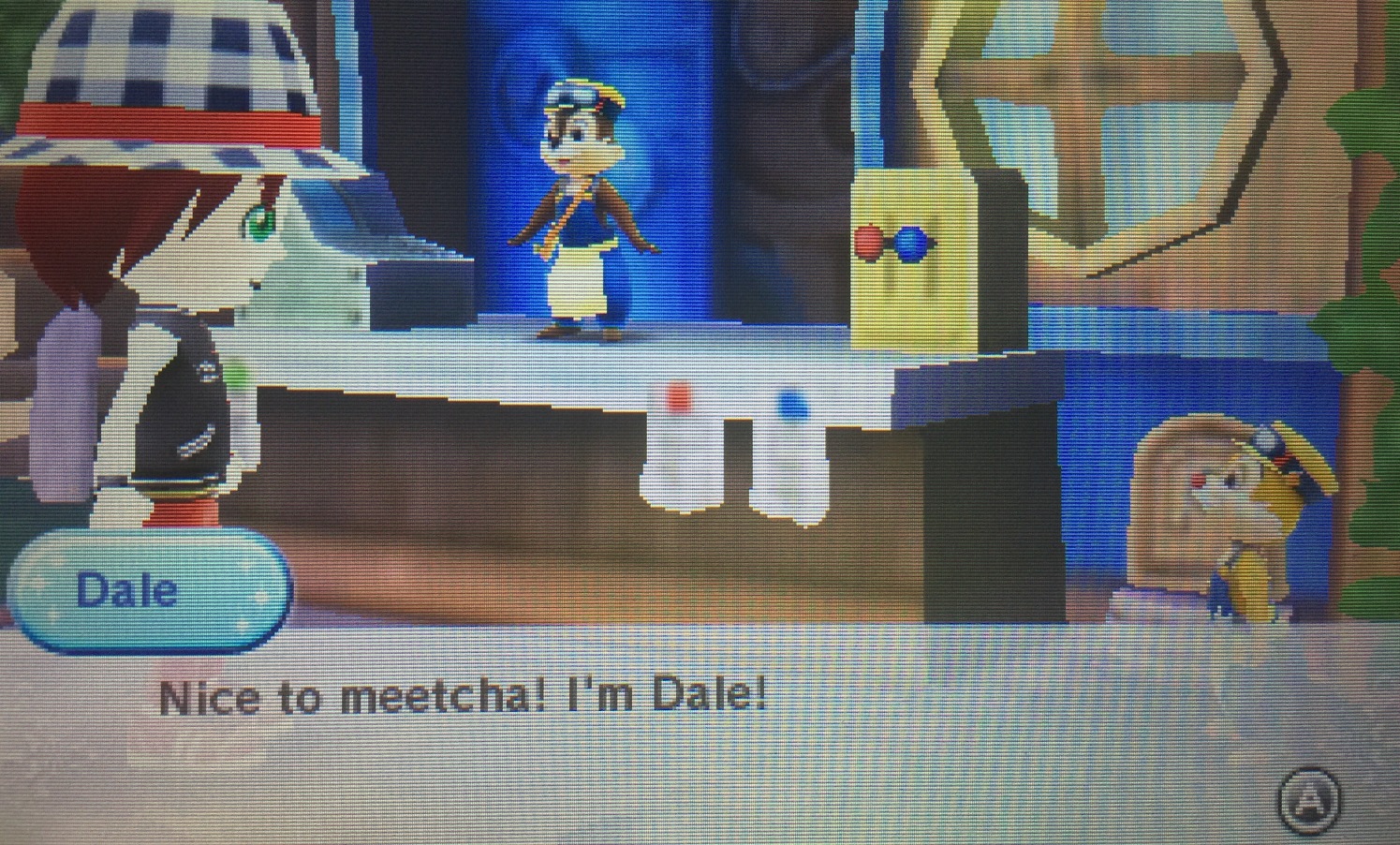 Yeah yeah yeah.  Get to work!

With fishing pole in hand, Donald was kind to teach me how to fish.  The interesting thing in this game as opposed to other games like this is that I am not fishing to catch fish.  The fish provide an item, which they basically throw up, and then I cast them back.  In this way, no fish are hurt in the process of me making my magical world a better place.

Yesterday is history, tomorrow is a mystery.  But this fish is here today.  That’s why it’s called a present!

I continued collecting cards as I ran around collecting items to make new things and just had to share this adorable one of Mickey! 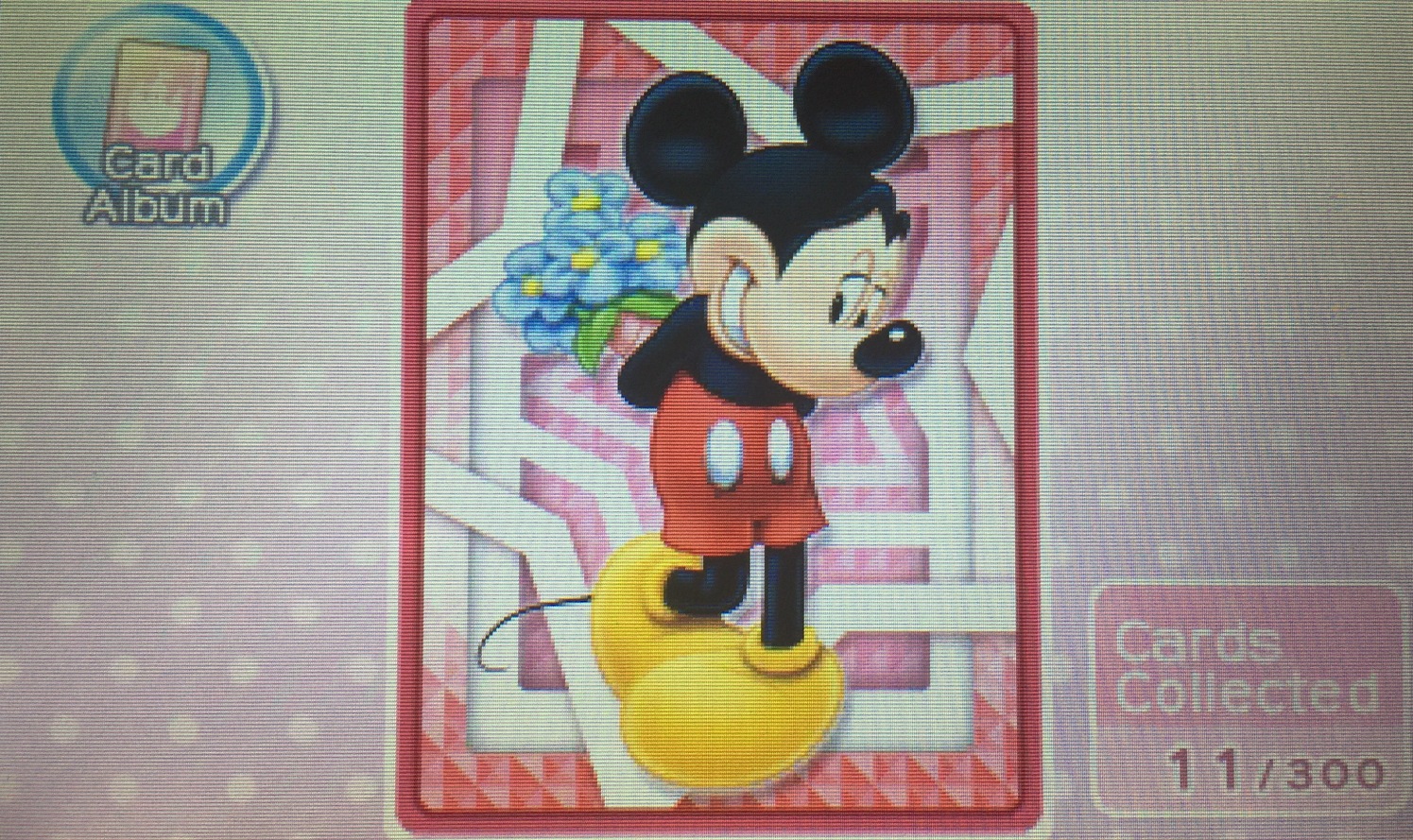 Finally I was given the gift of the cafe after opening a treasure chest in the King’s court.  The cafe is a big part of the game and the central way of making money.  By making tasty food, you attract customers and then you can collect the money to spend on other items.  You can also decorate the restaurant with different furniture to make up different themes in the hopes of attracting special guests.  Now, I haven’t gotten there just yet, but for now, we had a grand opening and everyone seems pretty happy so far…except for the guy I have running the place when I’m not there.  He looks like he hasn’t slept in weeks.  I must be a really tough boss.

Another big part of the game comes from questing.  After meeting up with Yen Sid and getting my first wand, I was sent to the world of Cinderella to help fight ghosts, which apparently have been causing drama there. 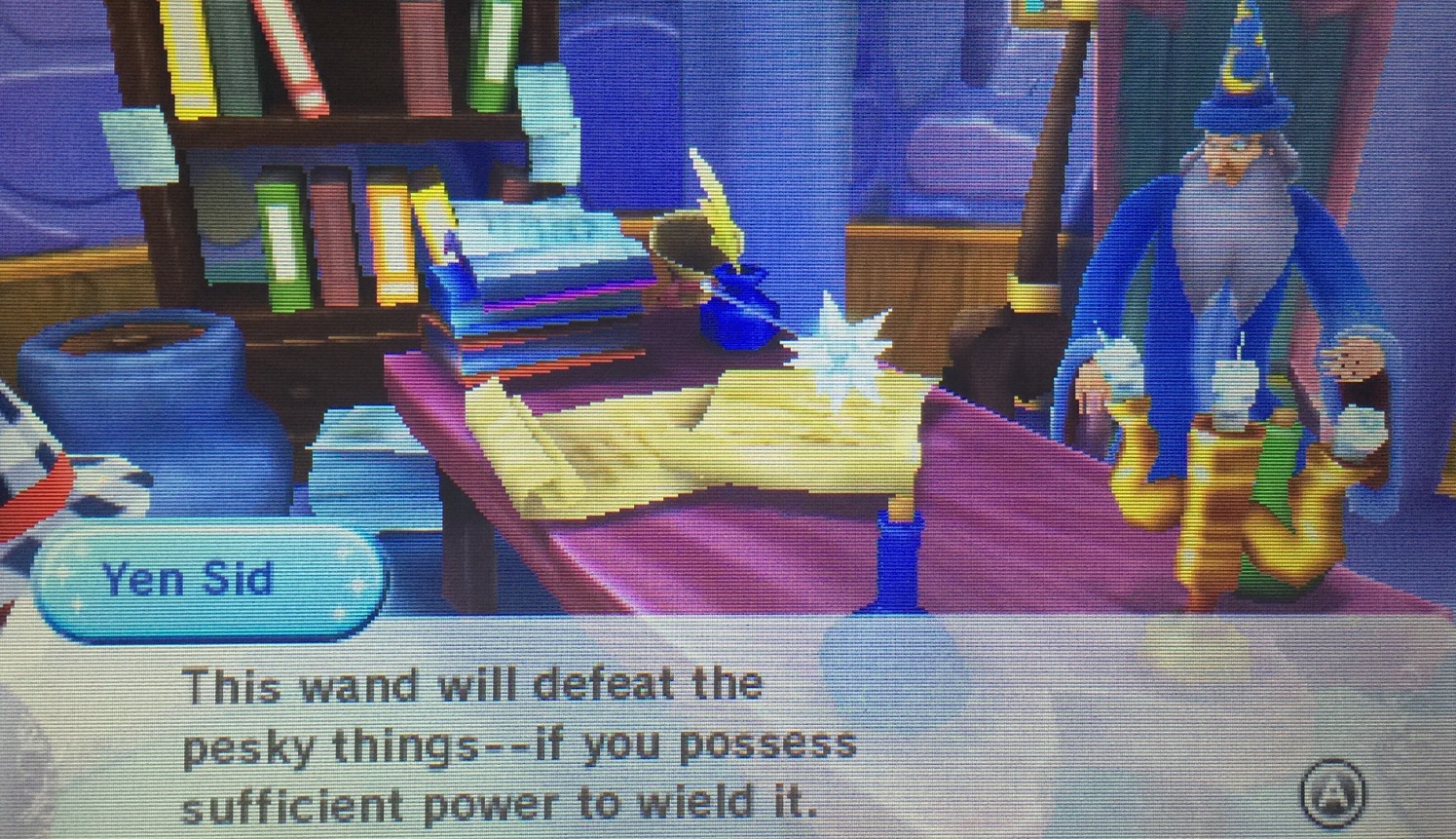 Umm, I have a fancy hat.  Does that count as sufficient power?

Cinderella town is a quaint little town in need of some ghost busting. 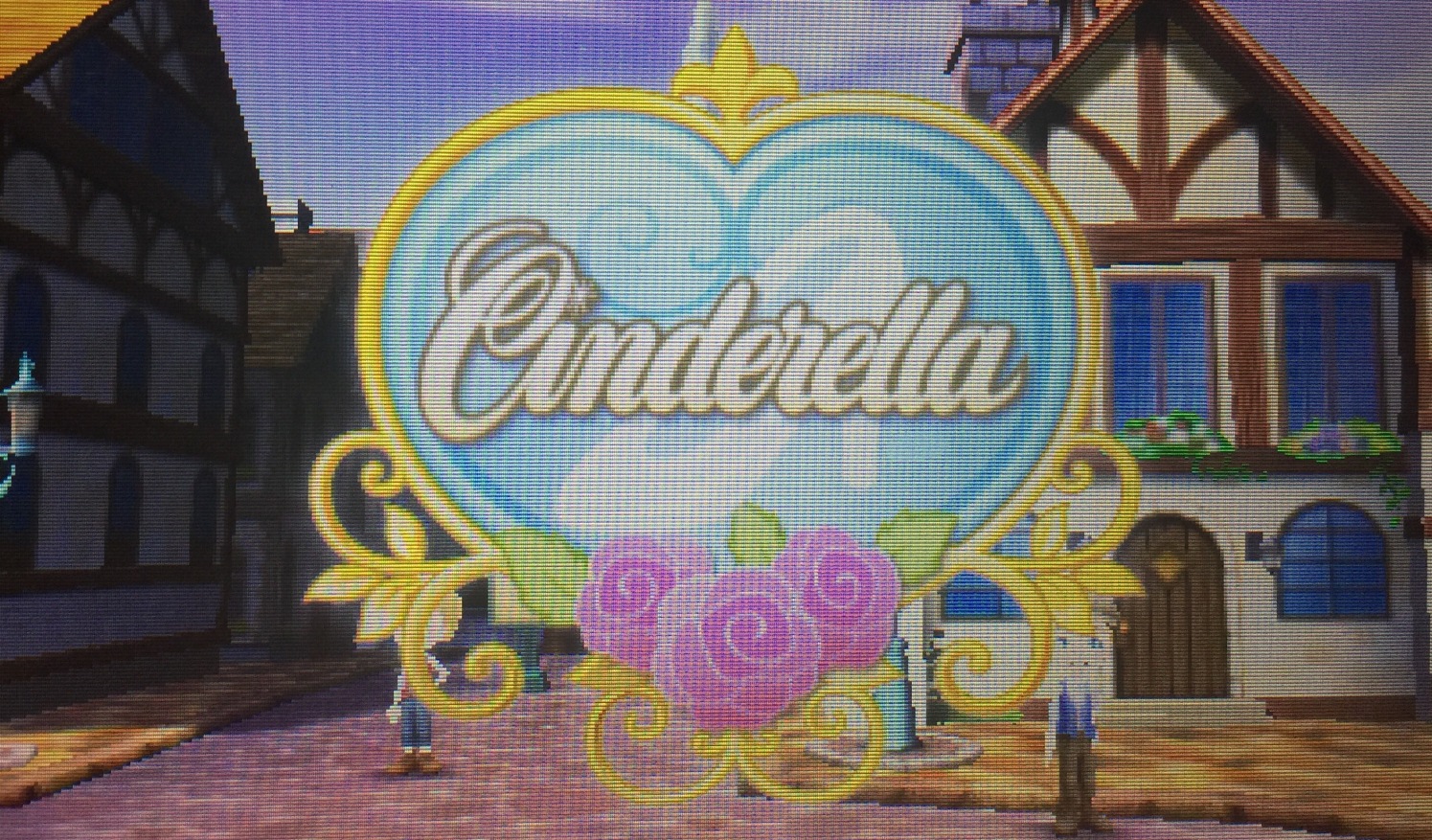 Who you gonna call??

I took to questing and fighting ghosts, which we’ll talk a bit more about next time, but for now, I’ve completed the Prologue and the game has opened up quite a bit, meaning that I can now choose my own path.  I’ve also unlocked the ability to visit other cafes as well as download content.  I don’t know how much of that I’ll be able to do before the release of Disney Magical World 2 next month, but I know I’m going to try to do it all!  And now, with Pete’s help, I’m on to the next part of my adventure. 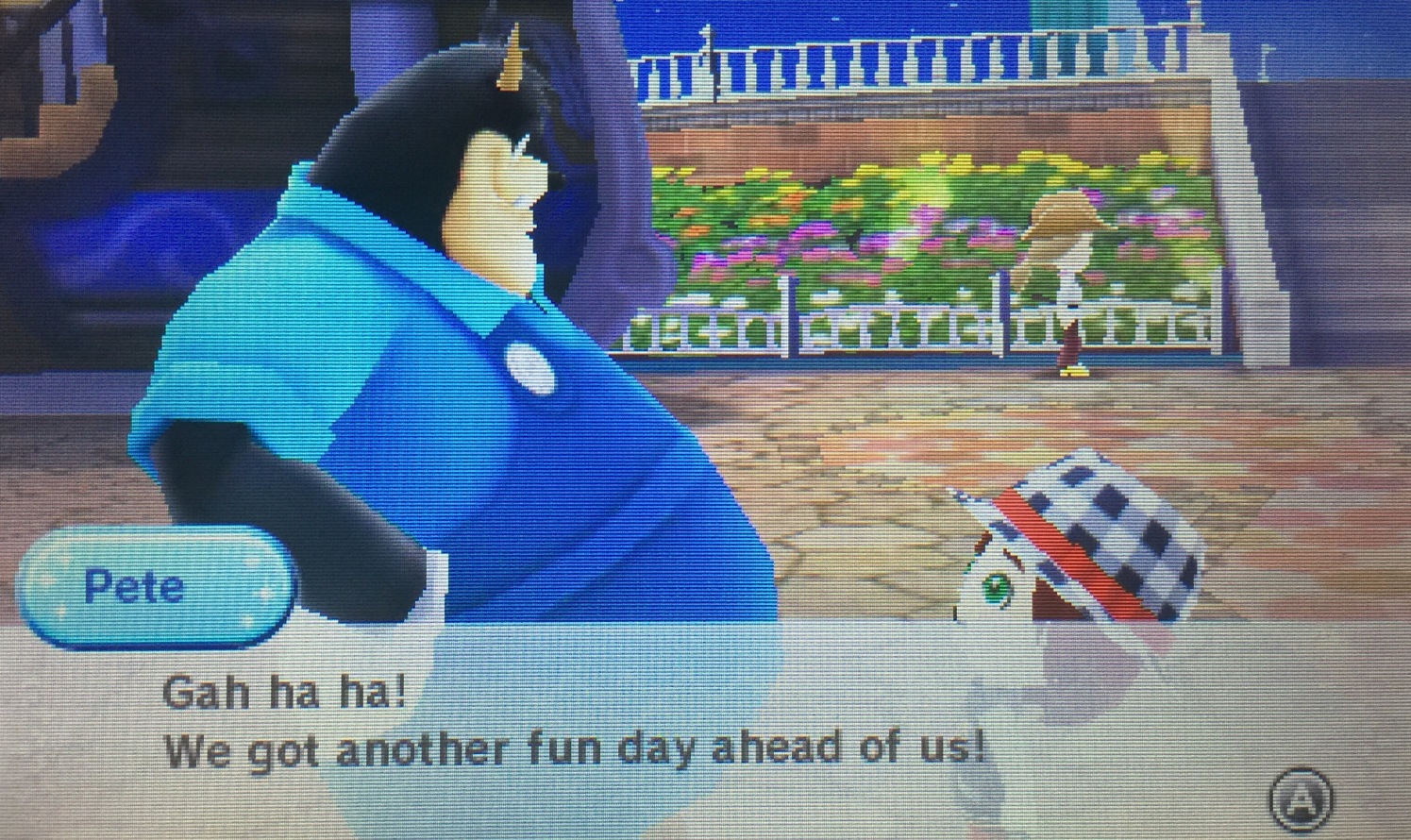