Hello and welcome back!  If you’re just joining us on this journey, I am embarking to replay through as much of Disney Magical World before the sequel comes out on October 14.  I’ve played through the game before but this is a fresh run to reacquaint myself with the game and also to be able to speak to what is new and different in the sequel!  If you’d like to get caught up, HEAD HERE first!

One thing I noticed today was that the whole Kingdom is done up for Halloween.  Disney Magical World uses the 3DS’ internal clock to know the time of year and much like the Disney parks, spruces itself up accordingly.

Now if only I could also watch the Hocus Pocus show.

I mentioned that there were some ghosts pestering Cinderella’s world so I headed over, wearing my brand new questing outfit, which apparently makes me more able to ghost bust, and checked in on things. 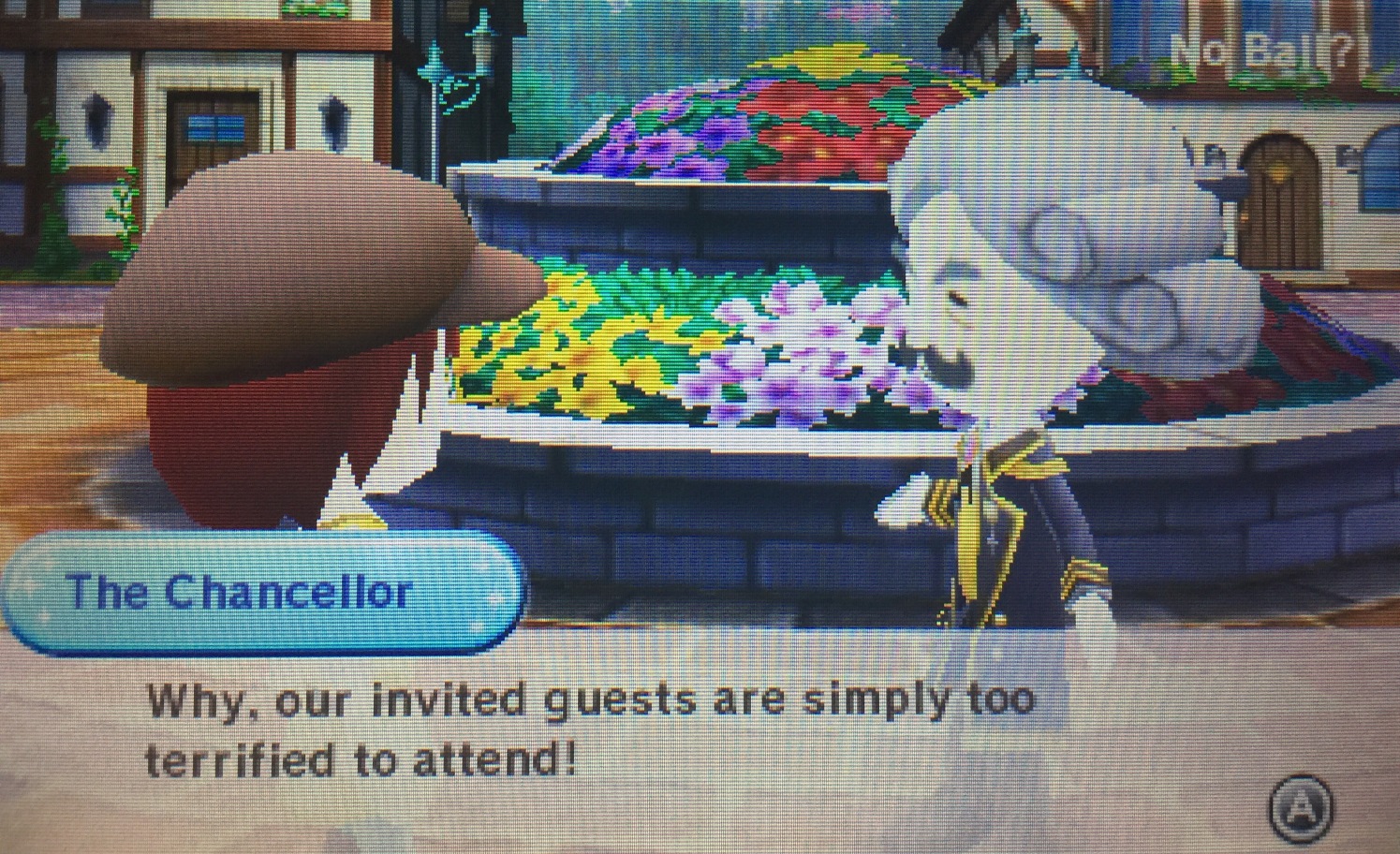 Is that because of your bad haircut, or the ghosts?  I’m confused

It wasn’t long before Cinderella herself showed up to wish me well.  Apparently her husband has a band ankle and that’s why I’m doing all the ghost hunting.  Likely story Prince Charming!!!  We all know you’re busy walking around for hours on end looking for her shoe (Shameless DMK joke). 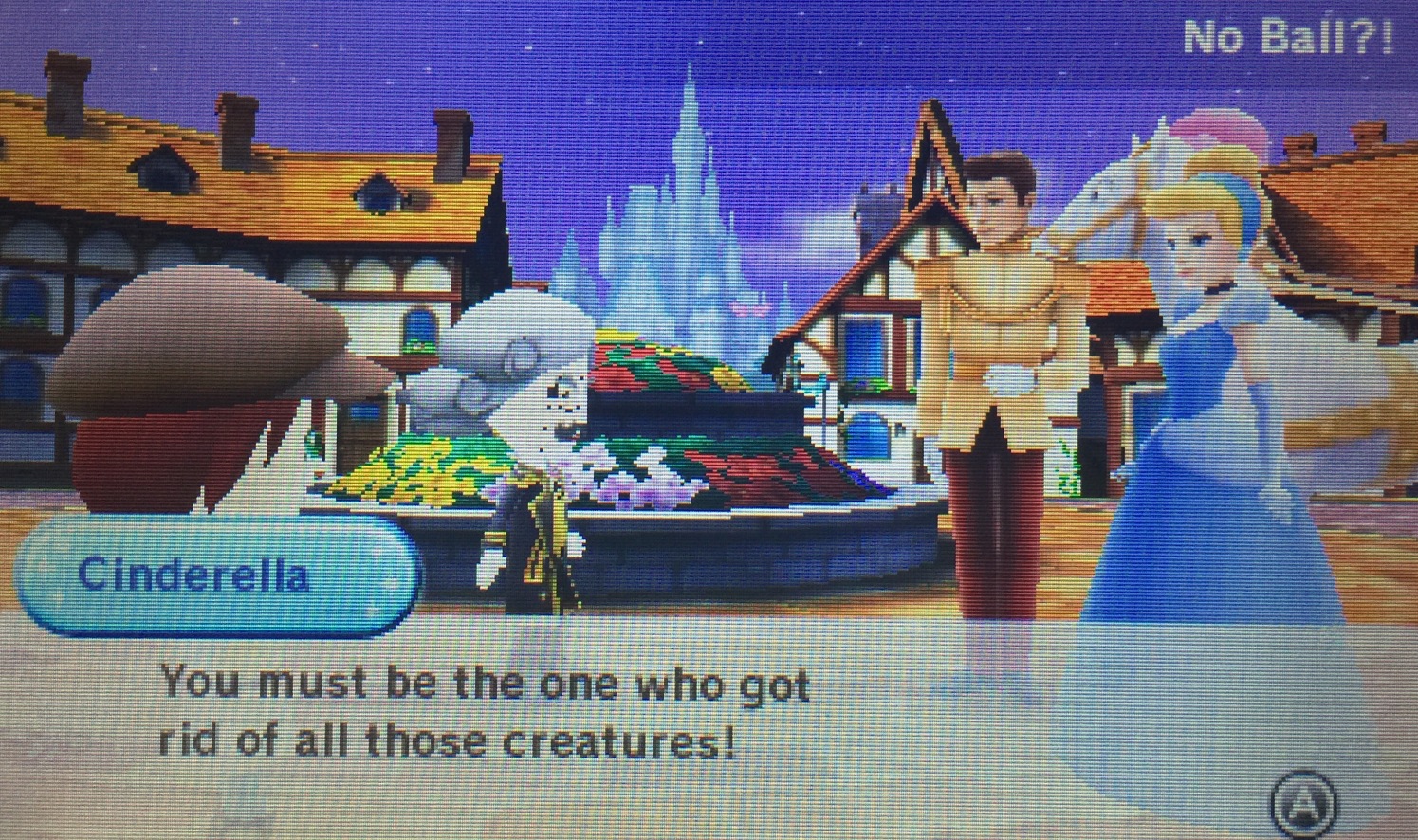 I headed into the forest, poised and ready for action to fight ghosts.  These quests provide a nice action packed break as you use your wand to slay ghosts.  It’s also a good way to load up on resources which makes it possible to build more stuff for the cafe and make more clothes so that people will like me. 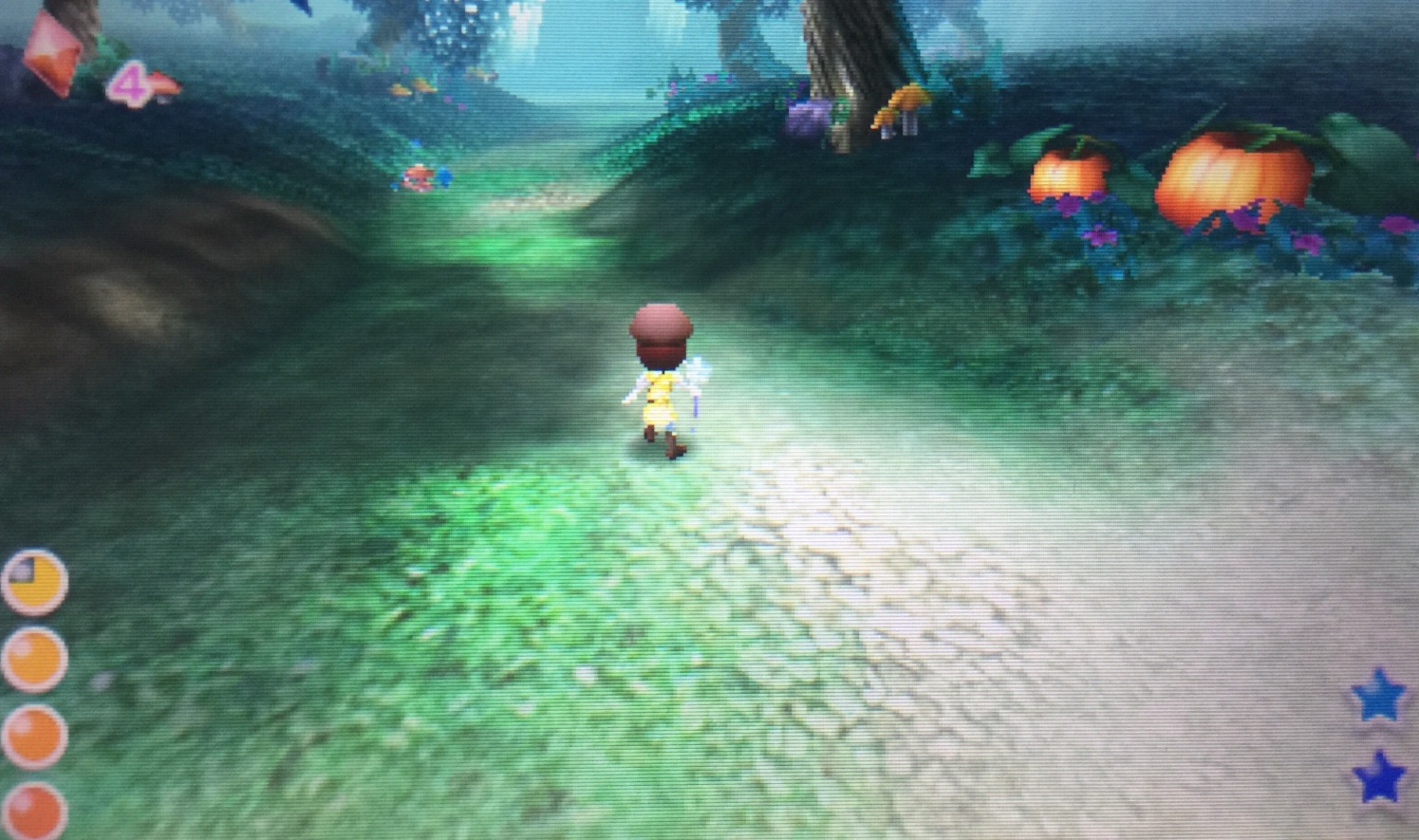 Come out come out wherever you are!

After some ghost fighting, I headed back into the hub world to find a certain bear of very little brains floating over the castle and towards his own world.  He seemed to not understand that the best way to stop floating around with a balloon is to friggin’ let go of it!

Ummm, are you talking to that balloon?  Should I leave?

As Pooh floated into his world, it gave me a chance to meet some of my favorite Disney characters.  They all also seemed to not understand that Winnie the Pooh had amnesia and no longer knew how to let go of balloons.

What gave it away?  The fact that I’m not stuffed?

Then I met the manic depressive donkey himself, Eeyore, who didn’t provide much help or happiness.

Next up was Rabbit.  Rabbit is here to teach you to farm, which becomes a pretty important part of the game as it allows you to make high end resources.  We’ll talk about farming a little more in depth later on in this series, but just know that the main reason the Winnie the Pooh world exists is to give me a place to plant, water and harvest produce.  I really hope that this piece of the game is in the sequel and that it is even more involved than it is here as farming is one of my favorite aspects of the game.

Your name is Rabbit or you are a rabbit?  I’m going to need to see some I.D.

Owl was about as helpful as always, which is to say that he wasn’t helpful at all.

At long last, we got Pooh bear back to the Earth.  You wouldn’t think that this should take so long.  Although I can’t really complain.  I spent the whole chase picking flowers, harvesting honey and even fishing at one point.  So no harm, no foul.

Yes, it did take an abnormal amount of time.

All in all, it was time to say hello to the whole gang.  From here, I started learning to farm and sew the land.  This also meant learning to grow flowers which make the bees more prone to creating better quality honey.

Of course, better honey only meant that Pooh got himself into more trouble…

So far, Winnie the Pooh world is my favorite.  It provides the slow leisurely farming goodness that I love to find in these games, while allowing me to talk to some of my favorite Disney characters.  No ghosts here.  Only some hard work and sad donkeys. 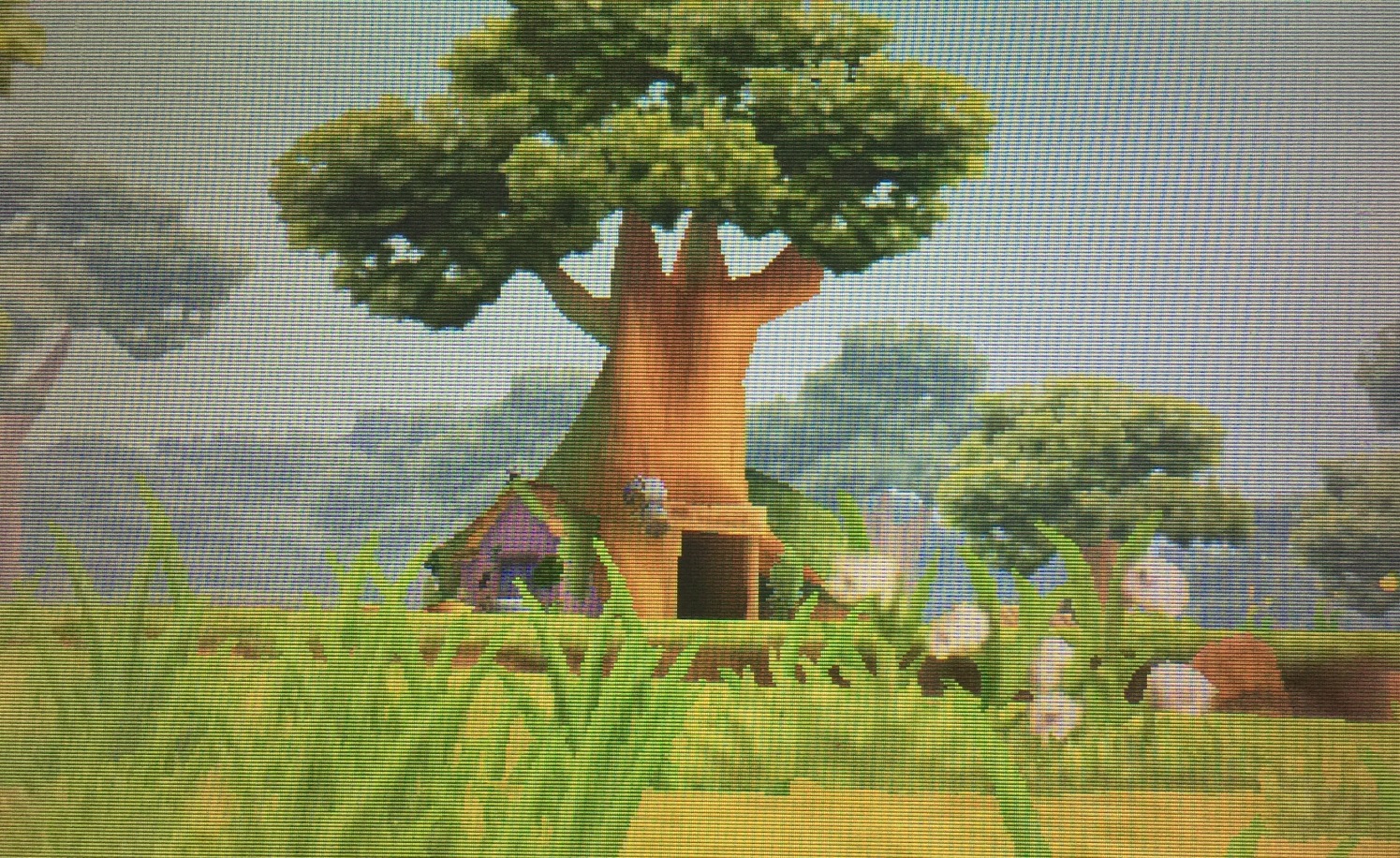 A nice place to take a break.

As an aside, I am working towards making my cafe have a Hawaiian theme in hopes of meeting a certain someone.  So far I’ve only placed the chairs, but before long I think things will start to take shape.  I’ll report my progress tomorrow. 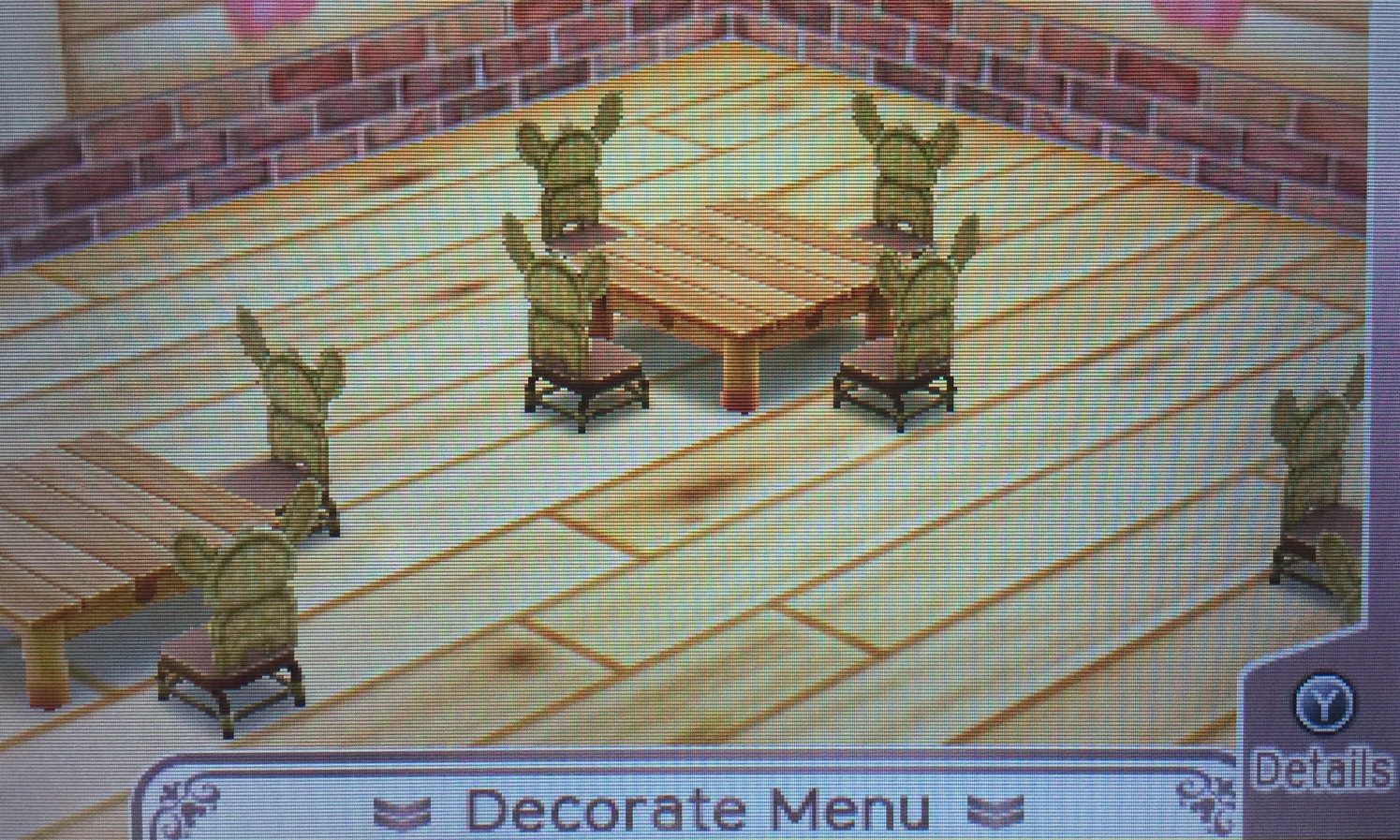 After a full day of hanging with Pooh, I found a saucy Brit hanging out on the other side of town who was just waiting to start me off on my next adventure.  But we’ll get to that tomorrow!  In the mean time, I’ll just strike a pose in my fancy new Winnie the Pooh jacket, shoes and hat.  I’m pretty much a Pooh hipster.  A Poohpster.  Wait…that doesn’t sound so great… 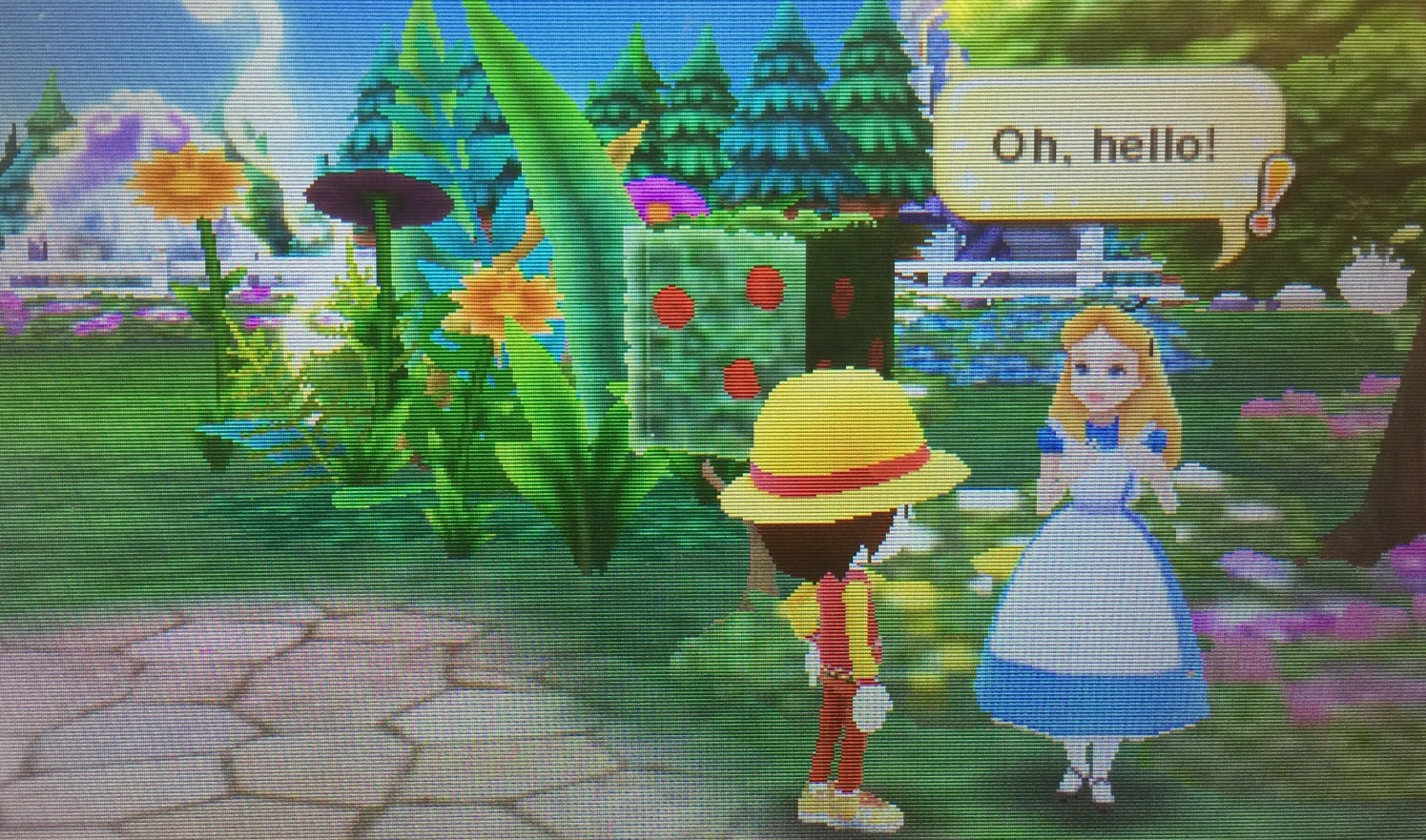