Hello my fellow park building warriors.  I thought I might do an update on where I am in the game now that we are past the 60 day mark and well into the new update.  However, I felt like that might be a bit boring all on its own.  So, instead, I’ve decided to share my top 8 TIPS for playing the game.  Being as I have been writing about the game since launch, I’ve received a lot of questions.  Hopefully this will help to answer some of them, as well as give you some new ideas.  Alright, put your Merlin hats on and let’s get started. 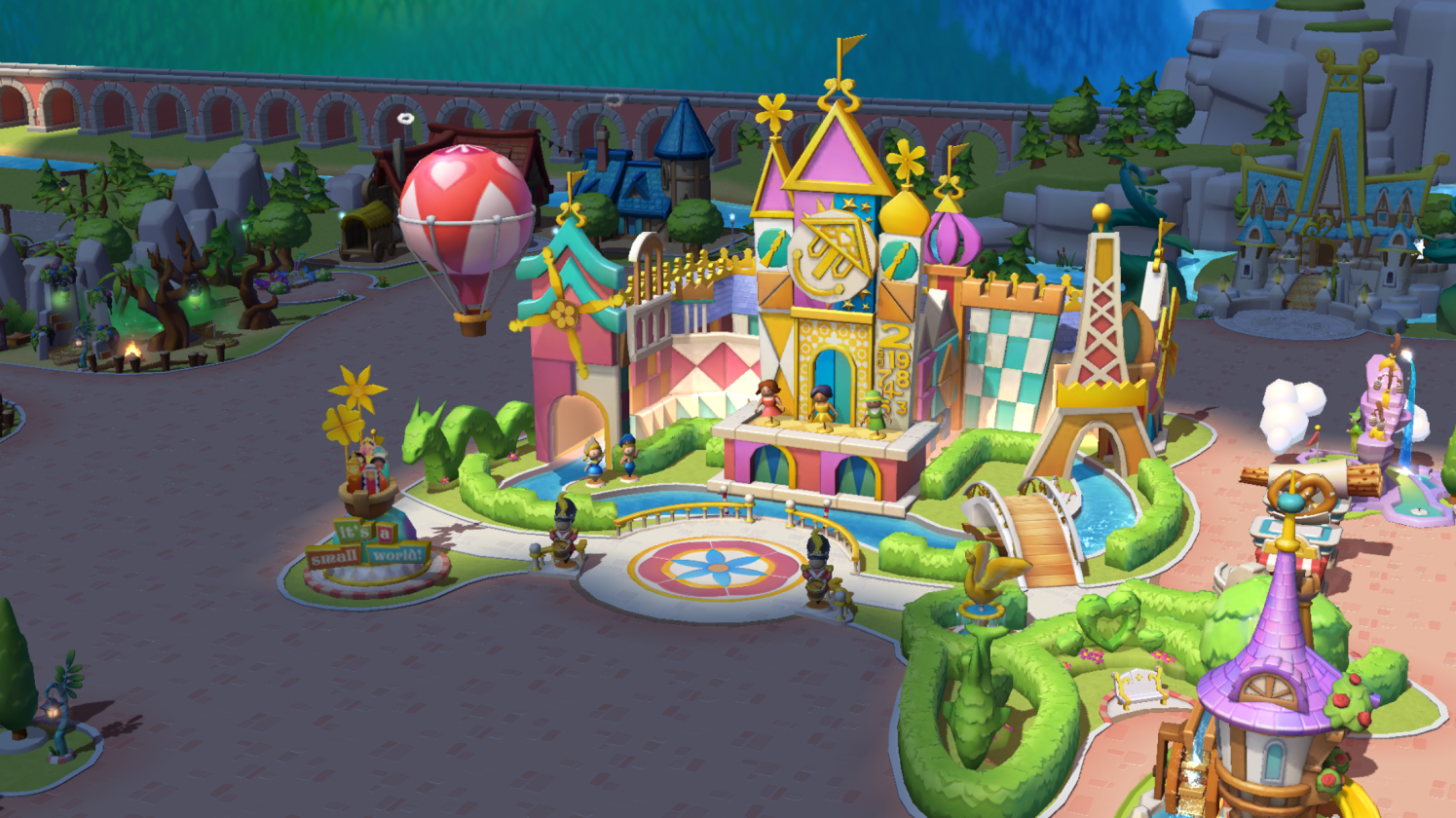 I have talked about this one A LOT here, but I think that when playing a game that is 100% built around wait timers this is super important to remember.  I don’t just mean to be patient while waiting.  I also mean to be patient in achieving progress in the game. 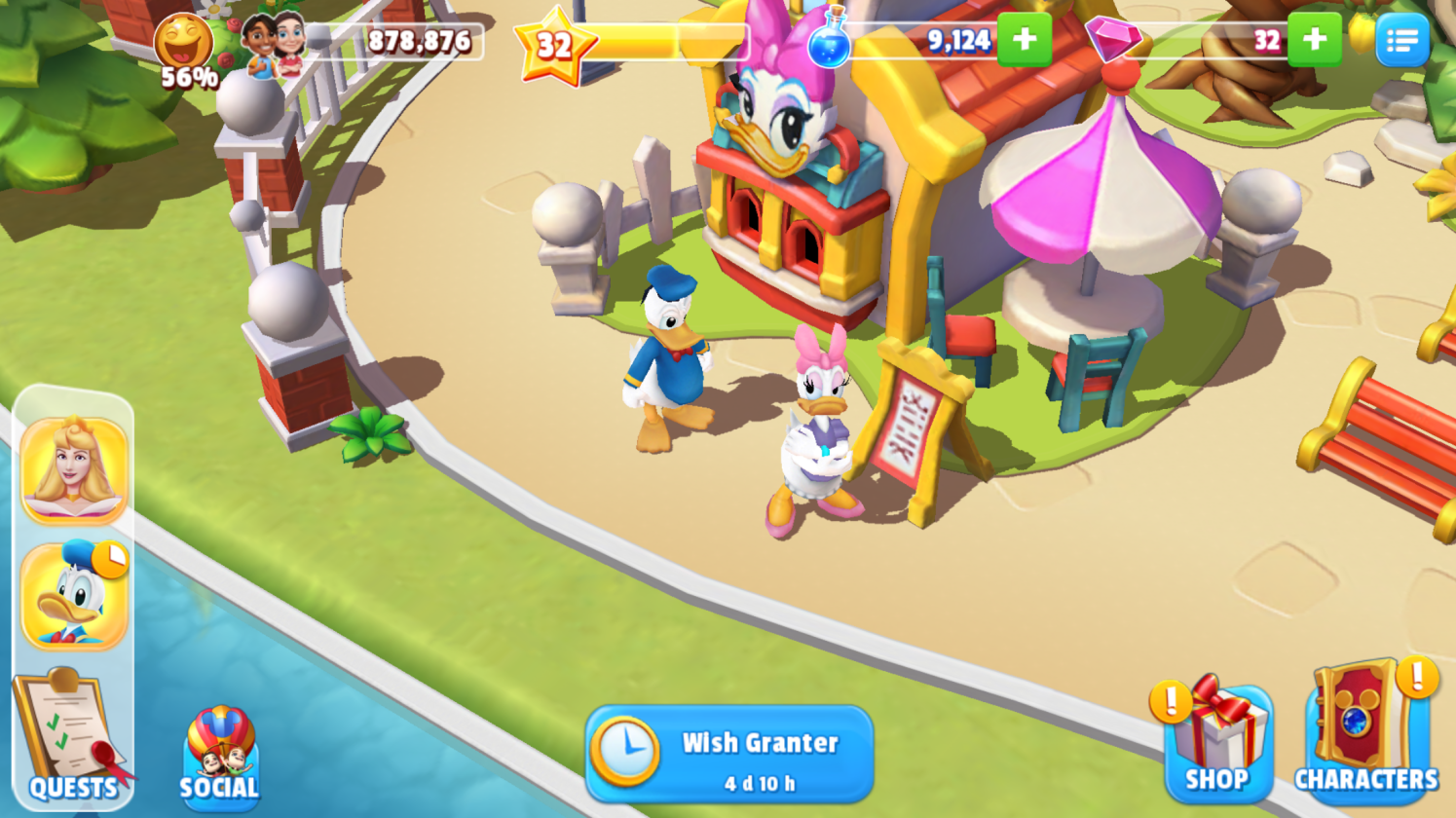 I am telling you, at least once a day I get asked this question: “I am out of Goofy Quests but I still have not unlocked Pete.  What do I do?”  The answer?  Be Patient.  The thing about this game is that characters’ quests don’t unlock the way we might thing.  You can’t just do one character’s quests and hope to progress.  You have to do all the quests available to you if you hope to open more quests.  So you’re out of Goofy’s quests?  Who’s quests do you have?  Do those next.  Chances are, those will open up something new and eventually Goofy will come to call again. Good things come to those who wait.

We’re going to circle back to Be Patient a lot in this post so I think it’s a good place to start, especially given the next one on the list.

“My game is glitching!  What should I do?”  I love love love that you guys ask me this, because it means that I’ve built a confidence with you guys.  I love that, but at the end of the day, I am powerless to stop your glitching concerns.

Here’s what you can do.  Close the app entirely, then restart your device.  For most issues, this usually does the trick.

BUT, let’s say it doesn’t.  By clicking the little blue box in the upper right, you can open the options menu.  From there, click on the Customer Care button in the bottom corner. Here, you can see the Known Issues, and some fixes, as well as report your issue.  This is important for several reasons.  First off, if you don’t report it, there’s definitely no way it will magically get fixed.  There’s a good chance that if you are having the problem, someone else is too.  Also, keep in mind that Gameloft WANTS you to keep playing.  This means that they WANT to fix your issue. 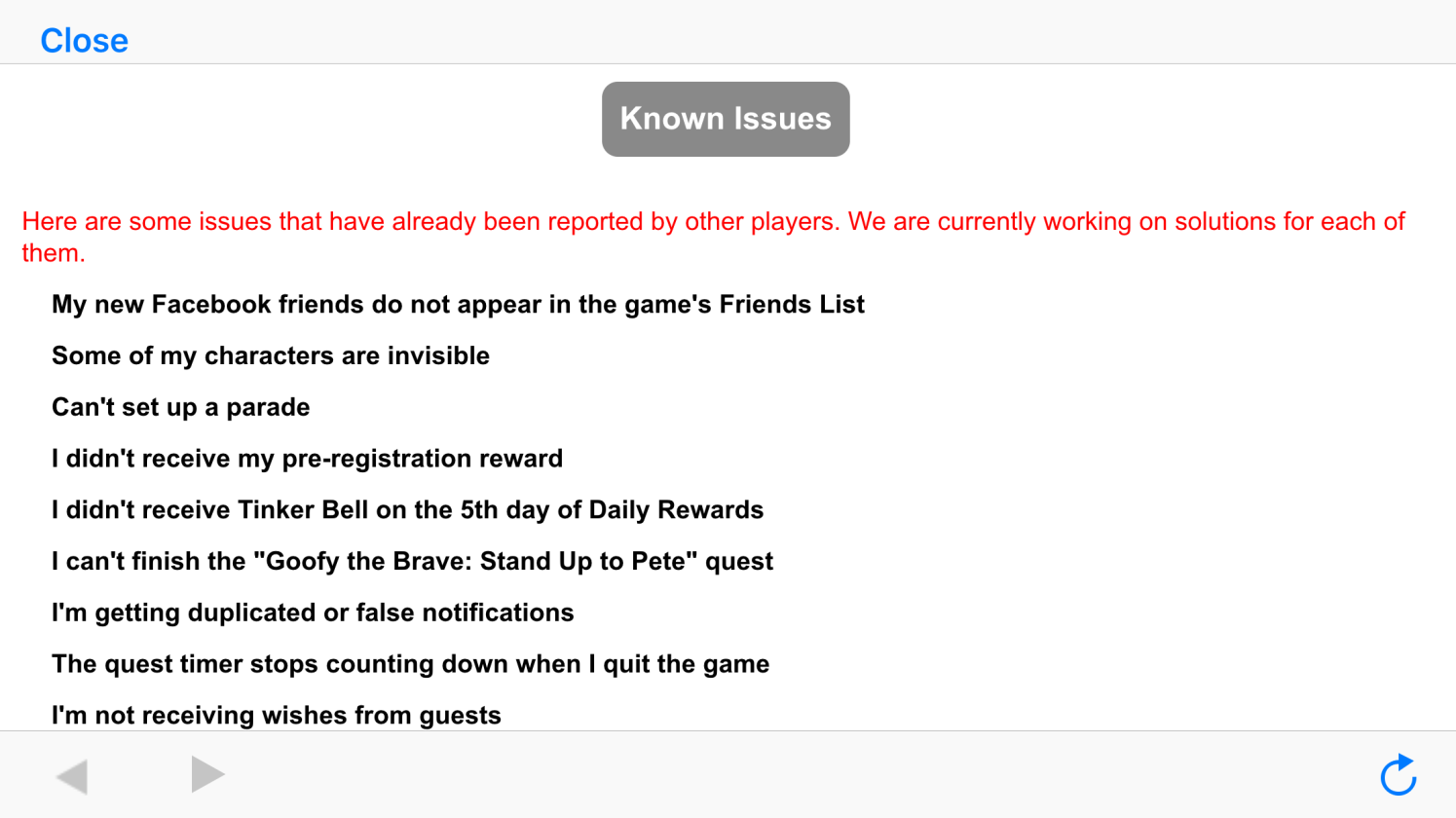 But, let’s circle back and remember to BE PATIENT.  They have thousands of customers over several games.  If your issue isn’t fixed right away, understand that it might take a little extra time, but they are working on it.  Relax.  Deep breaths.  We’ll get through this together.

#3 – Build, Build and Build Some More 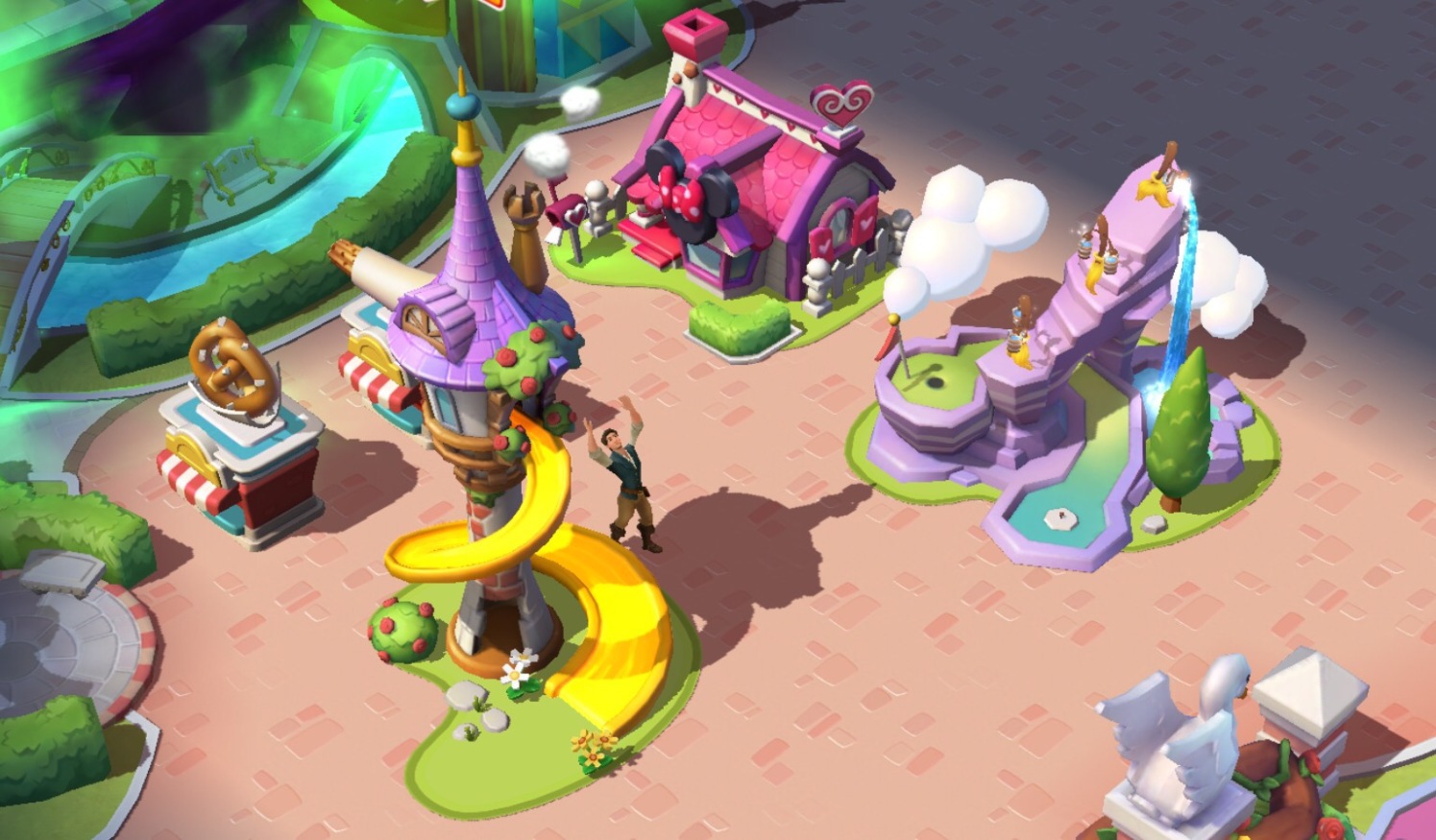 By building new attractions, you are able to attract more visitors but you’ll also earn more potions which is important as things can get rather expensive in this game.  The number one thing that holds me back from progress is usually potions and needing to get enough of them so build a lot and do it early. The economy in this game can be rough.

If you are going to build a whole bunch of one type of building in order to “Farm” resources, pick one that is to your playstyle.  If you only check the game every Four hours, then don’t build a bunch of burger stands which refresh every five minutes.  Try going for a hat or pretzel stand which takes a bit longer.  That way you’ll get the most out of that check-in.

I know a lot of people are already participating when the ravens show up or the brooms start patroling your park, but I think it’s also important to not give up just because you’re not on the leader board.  These events are designed to give potion and XP boosts so make sure to take advantage.  Just be participating you’ll earn some extra potions and get one step closer to that next level. 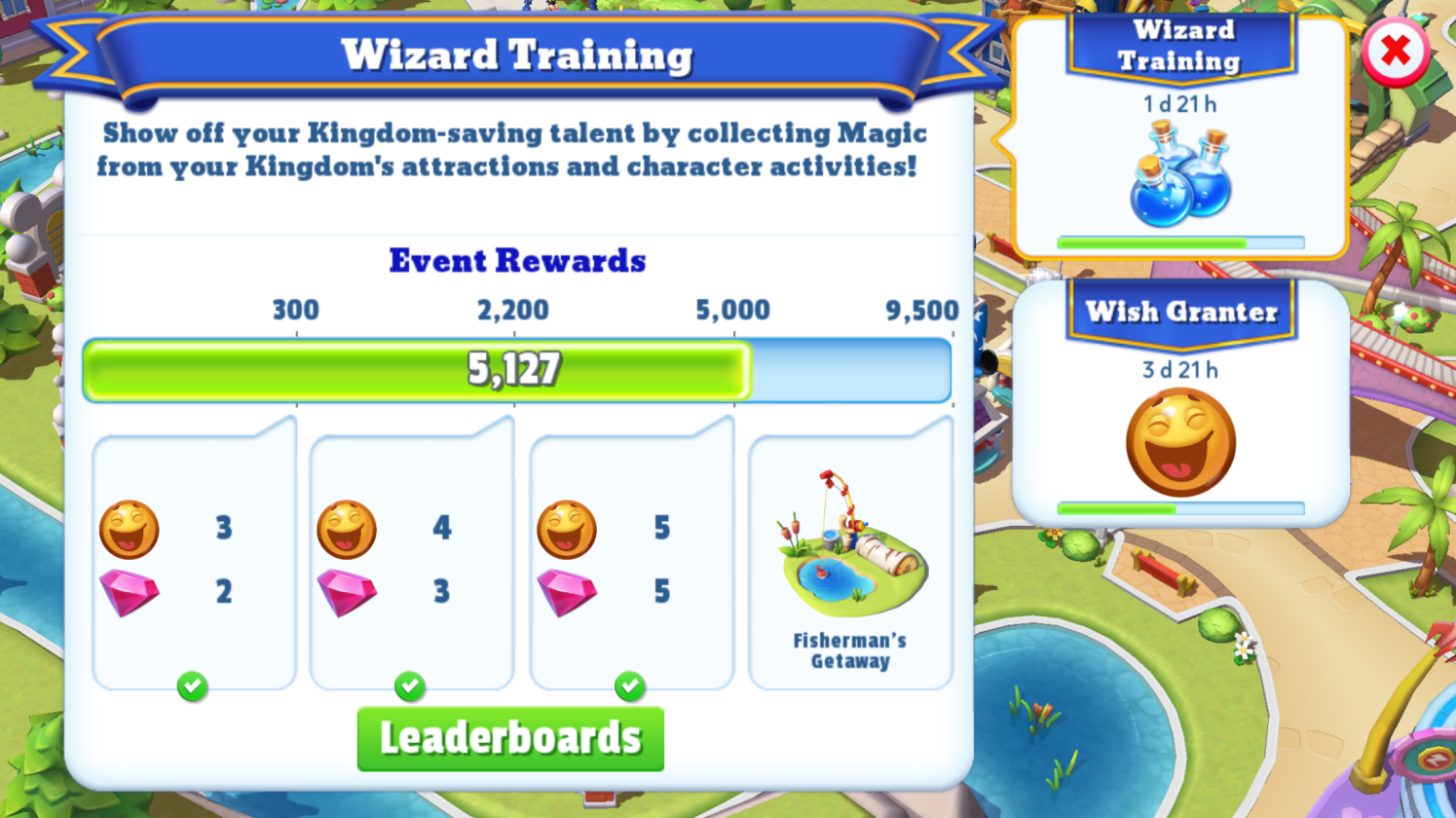 Also, now that we have Mini-Events, there’s even more reason to jump into the fun.  With tiers of rewards that allow you to unlock park decorations, gems and potions, it makes all kinds of sense to have fun and participate in these events, even if you aren’t going to be #1. 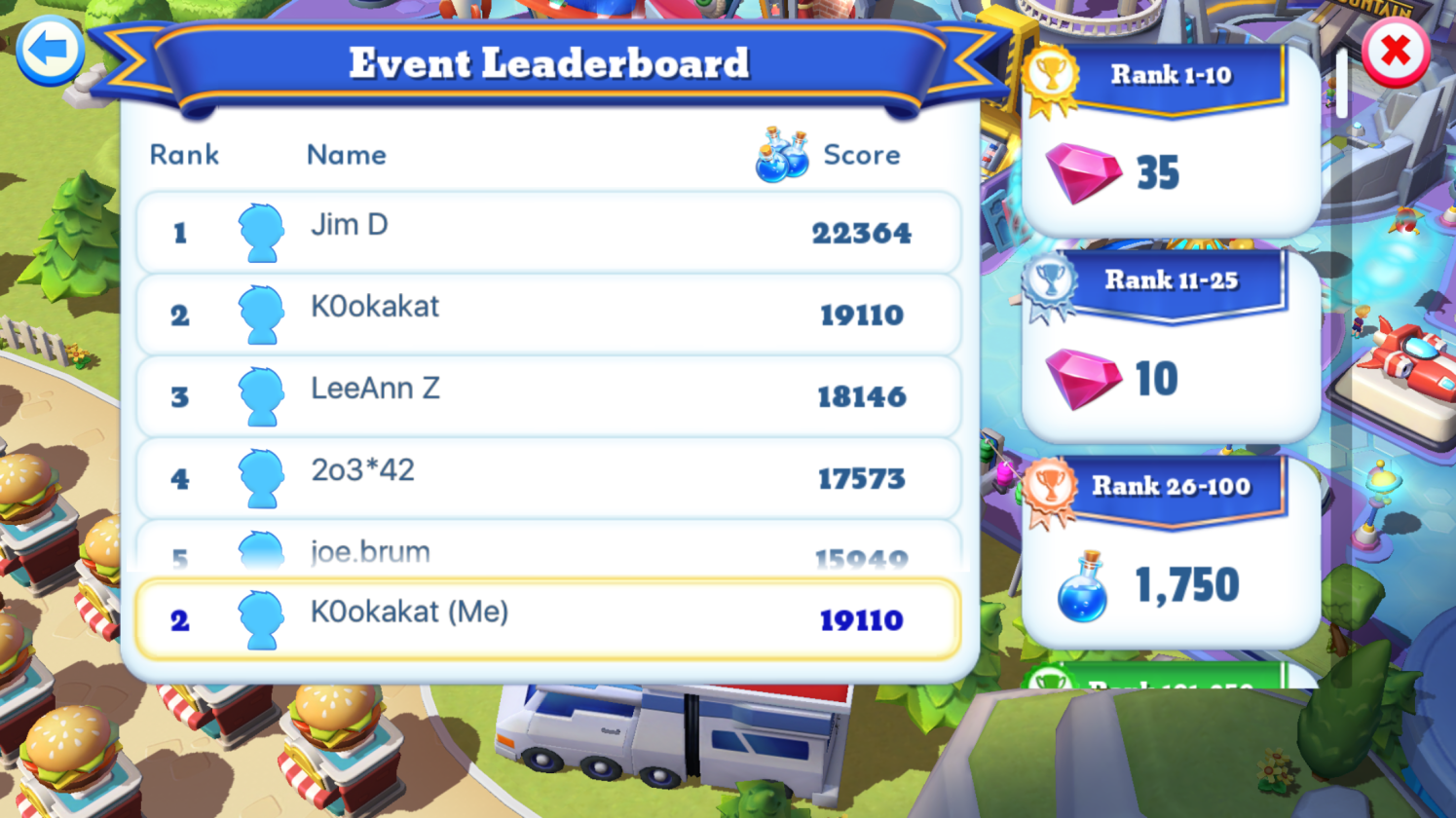 #5 – Level Up Your Characters

If ever you need to level up a character to progress in the story, the game will let you know, BUT, there are plenty of optional quests that can only be achieved by leveling up.  Tinker Bell is a great example of this.  Only by leveling her up will you come to realize that she has new quests for you. Make sure to always slowly be leveling up everyone.  Nothing is worse that getting to a quest that requires Mickey to be a level 10 and he is only at 5.  Making little progression in this part of the game every day can make a huge difference.

Make sure to take a little time every day to hit that social button.  Visiting friends allows your visitors to go up a bit faster but it’s also great to see how their park is coming along.  After all, these parks are more fun if we get to show them off, right? It is also good because if someone is way ahead of you, you can get an idea of how they got there.  Sharing strategies and learning how others play is all part of the fun.

I find that in this game, it can be easy to open it up, click, click, click and close again.  Who cares what Pluto is doing or how long it will take, just do it.  But once again, slow down.  Be patient.  There is some magnificent detail built into this game and a lot of fan service, if you’re willing to take the time to look for it. From Mike Swinging Celie Mae in mad circles for hours, to Wall-E protecting EVE only to get electrocuted to Mickey and Minnie dancing joyfully, there is so much fun to be had by watching all the little things these characters do.  If you take the time to zoom in and check them out, I promise you will enjoy the game at least a little bit more. 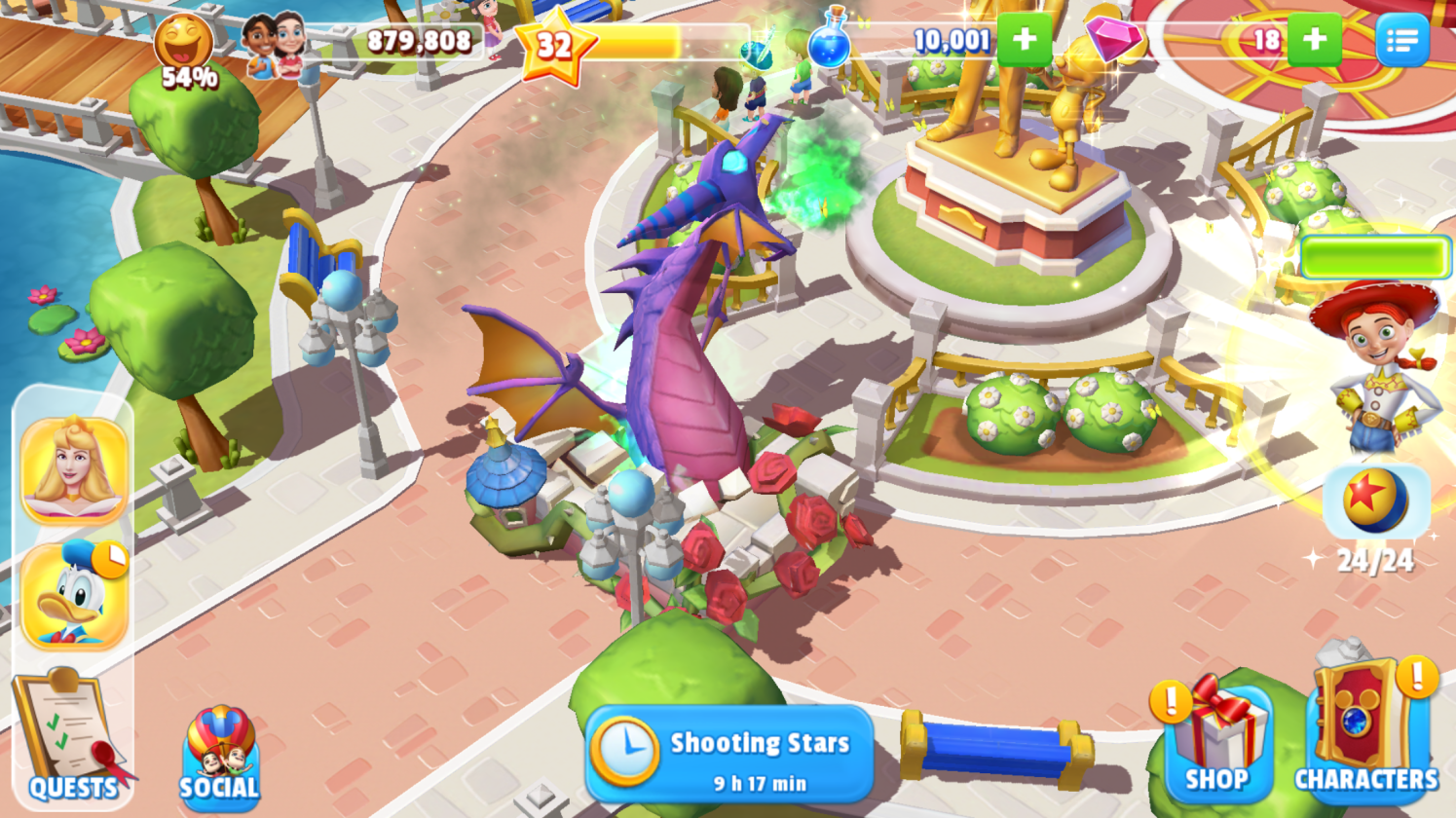 Or this friggin amazing float.

#8 – Participate in the Community

This one is huge for me.  The community for this game is so fun and excitable.  I love seeing folks on my facebook feed sharing their progress and getting excited about new characters.  Often times, these are the folks reminding me to slow down and smell the roses by posting pictures and videos of ridiculous character interactions.  Whether it’s a Facebook fan group, of which there are several, or a Twitter club or maybe just getting your friends to play, I totally recommend taking part in the community. As a side note, I love that my mother has also become a fan and now posts in the Facebook group we are in even more than I do.  It also helps to have a sounding board for any issues you might be having.

Well that’s about it for my tips.  As promised, I will let you know that this morning I have just unlocked Aurora.  As of now, I have not seen a fairy promotion, but it is worth buying the extra fairy in order to unlock other fairies as well as Aurora faster. 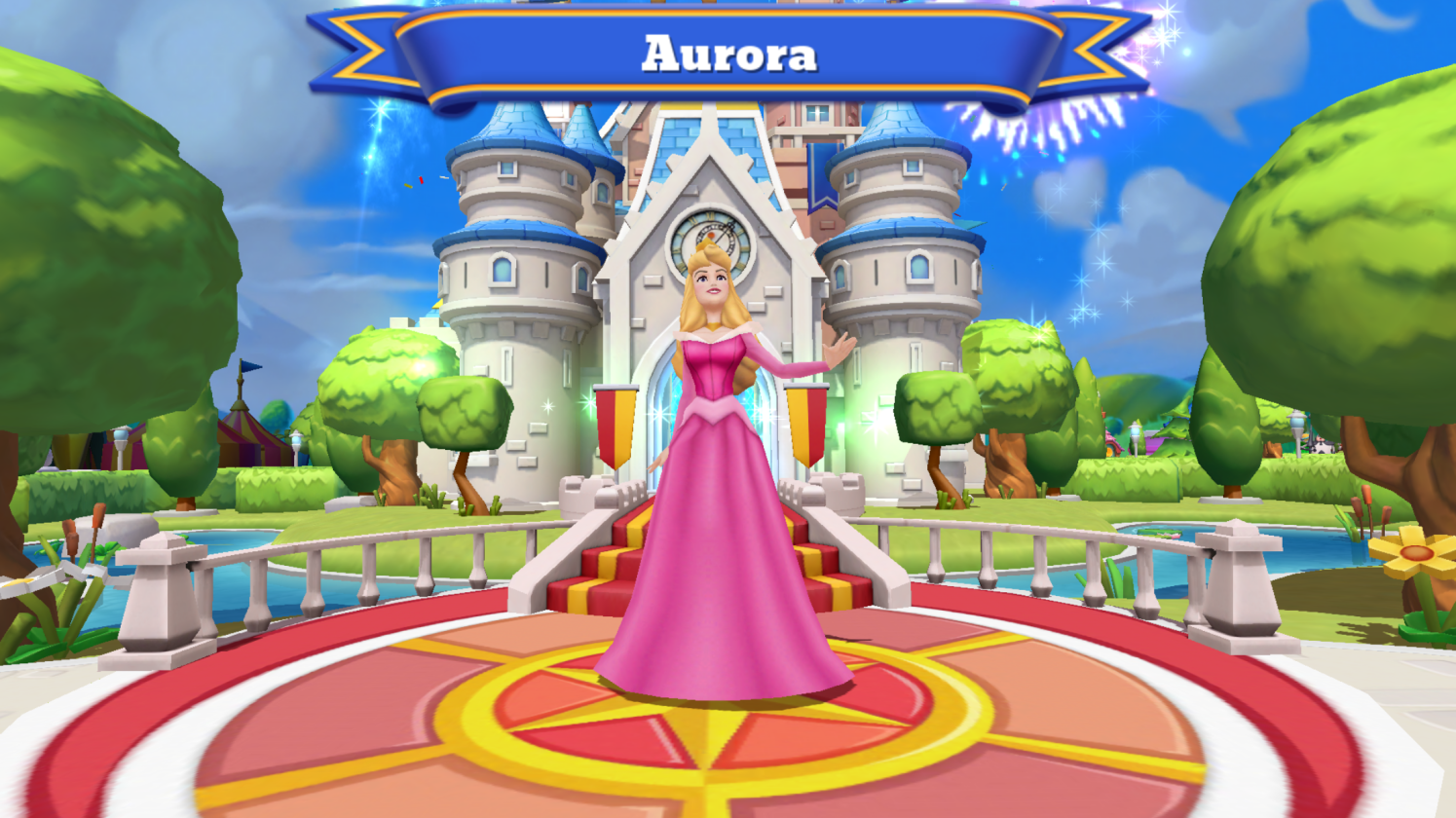 I will also say that Donald is extremely challenging to get.  All his items needed take forever and have low drop rates so make sure to exercise that Be Patient tip when trying to achieve him. I really hope we get to fight Maleficent soon.  I’m ready! 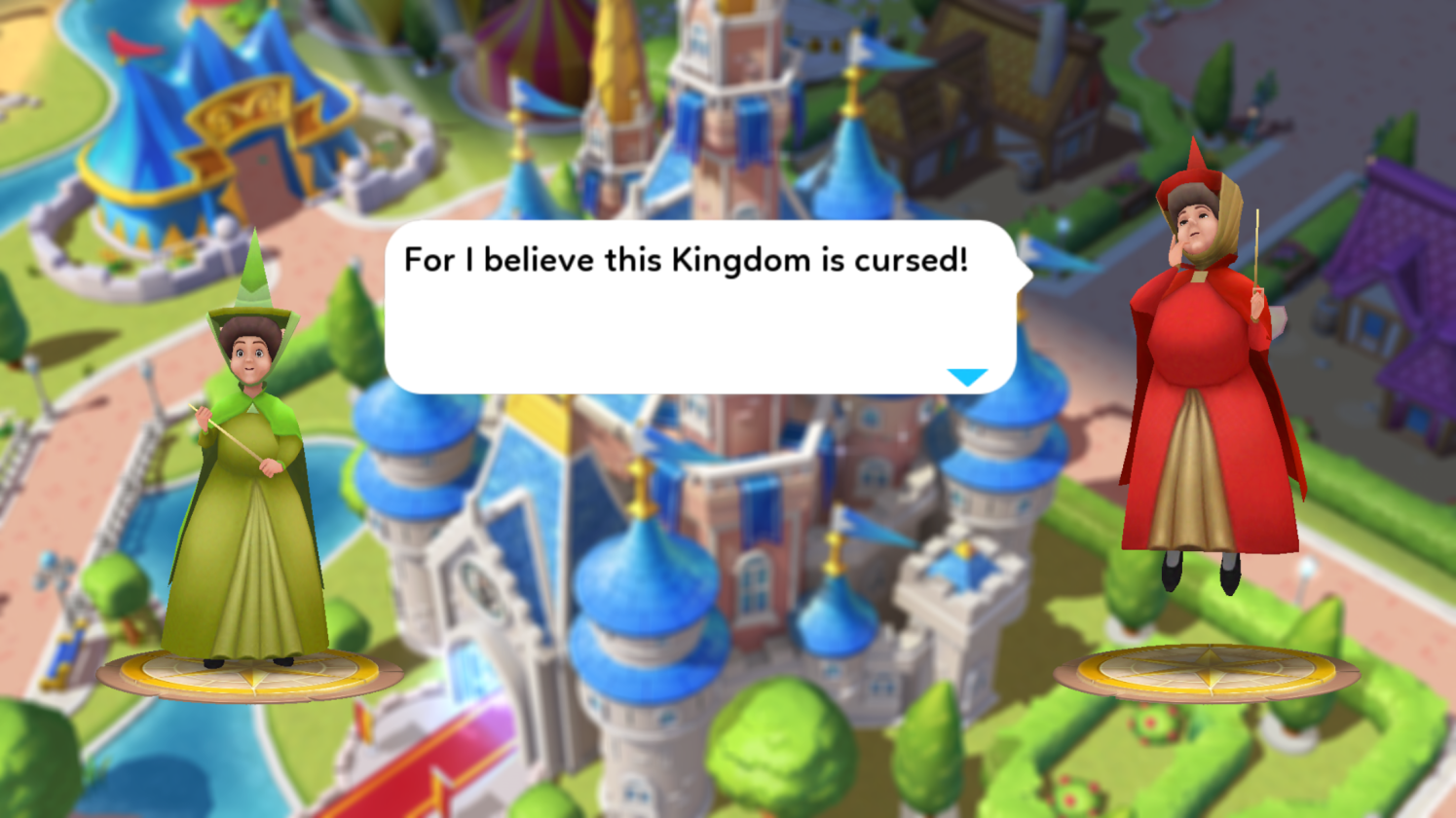 Who are we hoping for in the next update?  Let me know in the comments.