Kicking off the Winnie the Pooh Event – Disney Magic Kingdoms

Hello all and Happy First Day of the new event.  This might be…it could be…I think it is…my favorite event to date!  I’ll get to more on why I feel that way in just a bit, but in the meantime, we’ll be blasting through everything up to and including the quest to welcome Kanga, so saddle up, grab some honey, and let’s go! The event kicks off by selecting a quest given to Mickey which will get Albus Dumbledore…er…I mean Merlin all up in your business as he tells you it’s time to welcome someone new to the Kingdom.

Before we get into Rabbit, however, I’d like to briefly touch on Tigger.  Tigger can be welcomed through purchase with gems or through a bundle.  Either way, he’s friggin’ Tigger so you need him.  You’ll also get a Pooh Hat Stand if you buy him in the bundle, and I definitely needed that Pooh Hat Stand. In order to welcome Rabbit, you’ll need to collect some tokens, as usual.  In particular is the Winnie the Pooh book which acts as a central token to all Pooh characters.  If you’d done events in the past, you’ll know how this works, but just in case, skip down a bit to see a quick explanation.

As of this photo, the full reqs for these had not populated.  Skip down to see more about them.

These will CLEARLY be easier with Tigger who nabs them in 1 hour as opposed to Goofy’s 4. Again, Tigger is your best bet here.  Though Woody’s 2 hours isn’t too bad either. Before long, you’ll have yourself a cute little bunny wabbit!!!

Honey bees have invaded the Kingdom.  Fun fact, I have a phobia of bees.  Thanks Gameloft for bringing my nightmares to life!  Here’s the deal.  You need to collect honeycombs and honey dippers, 2 of each, before you can send certain characters to mercilessly murder the bees.  No remorse!

Below, you can see the characters (So far) who can collect these tokens you’ll need for bee killing. Once these are aquired, you’ll send certain characters on a 2 minute quest to squash the bees, which will drop the Winnie the Pooh book.  Grabbing these should be a constant quest as you will need many more of them as new characters are introduced.  Never stop collecting them.  Just keep going for the duration of the event.  Trust me, you’re going to need them.

Pooh will climb a honey tree and immediately get stuck.  This provides an ongoing quest which I’ll explain later.  It’s also the cutest cutscene in the game to date.  It’s ALSO the reason this is my favorite update.  But again, more to come later in the post. Rabbit is not having the day he planned on.  No sooner does Pooh get stuck do we we find a SECOND clicker.  That’s right, Heffalumps, Heffalumps.  My lovely lady Heffalumps.  Wait…no…that’s not how the song goes.  Scratch that.

Luckily, you can find them easily by clicking their icon on the left side of the screen.  You’ll be able to tap five at a time, while waiting ten minutes in between batches.

GUHH!  They’re so adorable and/or terrifying.  I can’t decide.  I need an adult!

Stop everything!  Rabbit has decided to make a cake!

Rabbit will head off on a 2 hour quest to make a list of ingredients. Meanwhile, back in the main storyline, Rabbit has decided it’s time to save Pooh.  I usually save Pooh until I get home.  It’s just too weird in public restrooms.  Am I right? I think it’s best to stop here and remind Rabbit that Pooh is not, in fact, an infant still in the womb.

At this point, Rabbit will start his quest to save Pooh by using his ladder to get up to the silly old bear. But what’s this?!  A new token?!  Whaaaaa??? I think we better take a closer look at this.

The Quest to Welcome Pooh

You may have noticed that this update is villain-free.  That’s because Pooh, is essentially filling up that slot.  As the main quest continues, and we unlock new characters and new quests, we will gain the ability to quest for Pooh’s many tokens.  I LOVE THIS!!!  Oh my goodness I love it.  It creates this great sense that we don’t really know when we will unlock these tokens.  It also makes me really look at the quests I’m doing.  It is such a welcome change from normal villain slaying, and I hope we see this mechanic in more updates in the future.  For now, Rabbit can start to collect Pooh’s nightcaps, which is a good thing as we will need 40 of them!

Of course, please note that the other tokens ARE NOT available yet.  They will become available throughout the course of this event! As a side note, Tigger will also gain the ability to get these hats in a 4 hour quest. The Quest to Welcome Kanga

It’s at about this time that Rabbit will get fed up with doing all this very hard work of collecting hats and spelling on his own.

It is at this point that you will get the quest to welcome Kanga, which will unlock tomorrow!

I just wanted to make a quick note here that the only way to get the new attraction, Fantasmic, which drops tokens for Mickey’s Sorcerer costume is through Platinum Chests.  I’m happy to have it for the help on the costume, but I will shamefully say that Fantasmic is NOT my favorite nighttime show.  Aw well, everyone’s a critic, am I right? 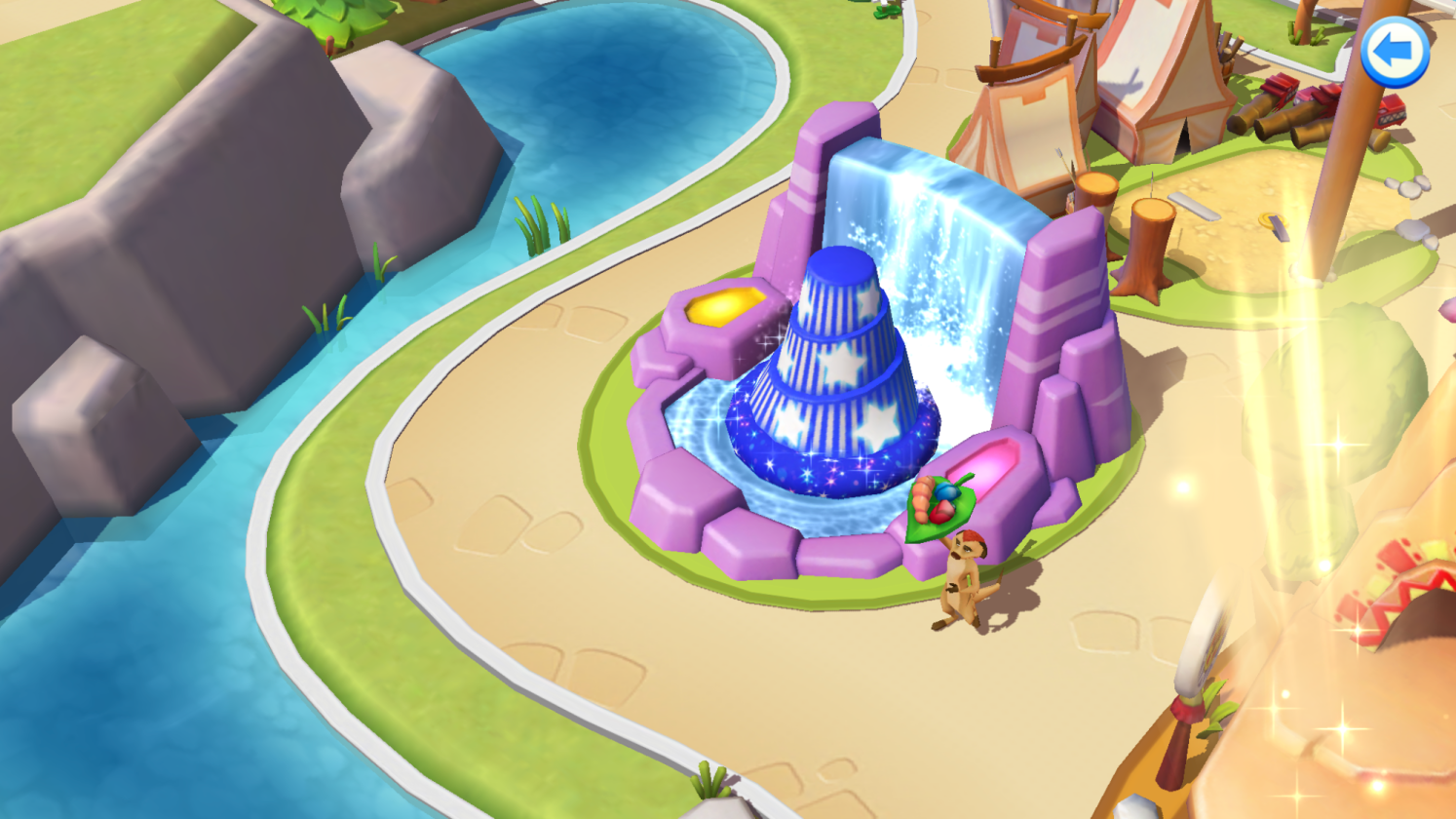 And so we Wait

Now all that’s left is to wait until tomorrow.  I want to thank all of you for being patient as this post was not up nearly as early as I would have liked, and tomorrow’s is likely to be late as well.  In the meantime, please let me know how you are enjoying the event so far!