Hello again everyone!  It’s Sunday once more, which means it’s time for a new Longtails update!  Many of you may have already seen our first teaser poster, released at New York Comic Con, but this week I thought we’d get to know the character featured on it, as he is the main focus of our tale.  As the week’s continue, we’ll have more of these character reveals as well, so make sure to check back every Sunday!  So what’s so great about Del Hatherhorne?  Well…apparently nothing! 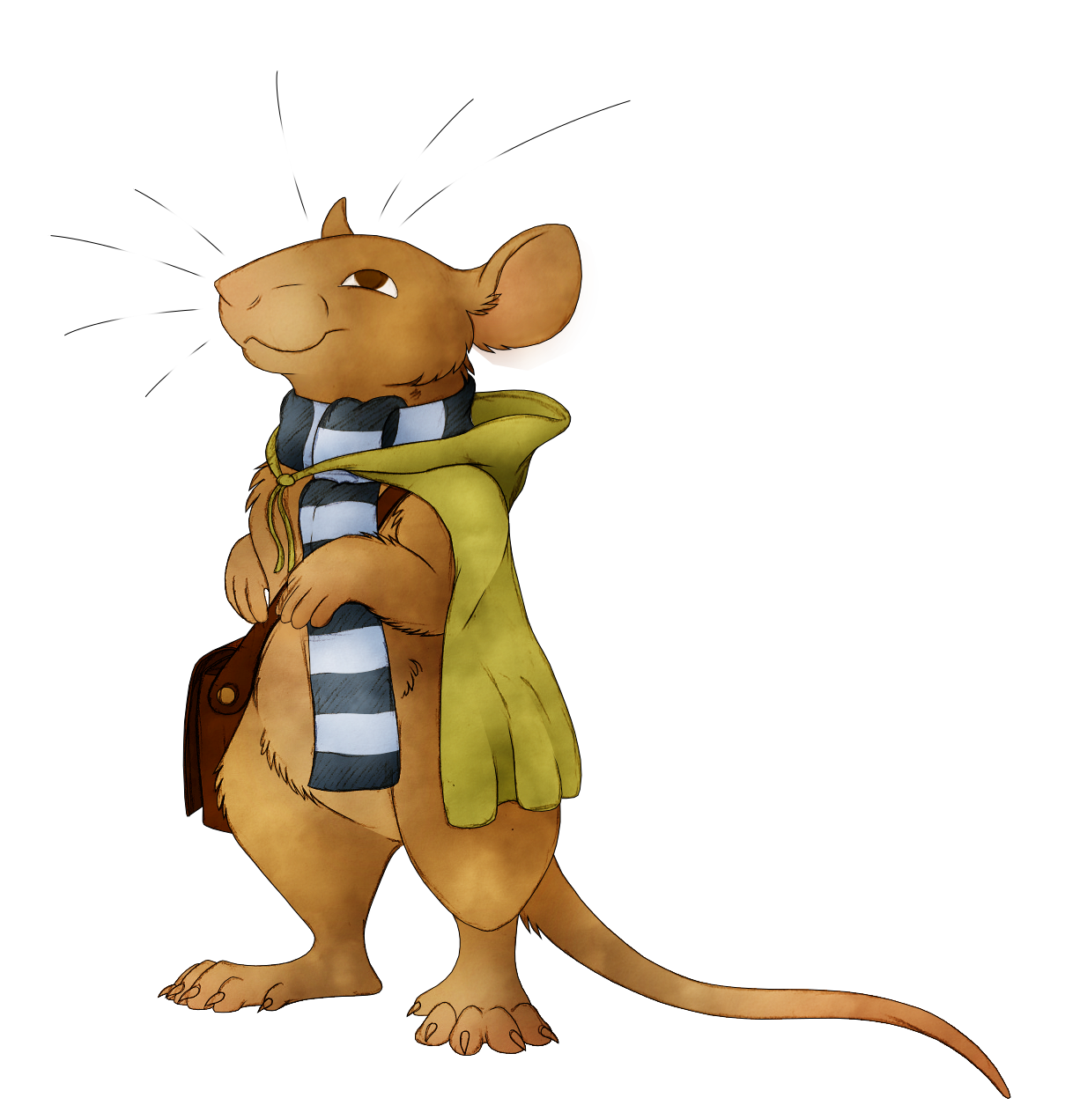 Del is not a hero.  Ask anyone and they’ll tell you the same.  Del has spent his entire life trying to stay out of trouble.  He prefers reading and spending his days out of harms way.  When an attack on a Longtails squad happens right outside his house, he can’t help but intervene and at least warn them of the coming danger.  This one act of bravery starts Del down a path to learning of a secret locked deep inside him, as well as joining the Longtails in their quest to better lives across the Mouselands.  It just goes to show that if one is going to commit to a life of not taking action, they shouldn’t let ANYTHING deter them from it.

I’d be lying if I said I didn’t take a lot of Del’s personality from my own.  Del’s the kind of character who doesn’t get along easily with other mice.  It’s not that he’s mean or rude, but just not as understood.  His head is usually in the clouds, and while he wants to do the right thing, he doesn’t always want to put in the effort to get there.  Del has gone through several changes since I first conceived of him, but two things have remained the same, his name and that adorable scarf.

That’s our character profile for the day, but many more are on the way, as well as more Lore, maps of the world and even recipes from the world of mice.  Let me know, as we go along, what else you’d like to see from these updates!  In the meantime, enjoy a sneak peek at our next character reveal!