Saludos Amigos, or ‘Hello Friends’ in English, is a huge departure from the previous Disney films on our list. In fact, the next few films on our list will all follow a formula which labels them as ‘package films.’ Essentially, this means that a feature film is formed out the ‘packaging’ of several short films together. Because of this, Saludos Amigos clocks in at a much shorter length than any other Disney film so far. This is also the first film on our list to feature the dynamic characters, Donald and Goofy. We’ll get into the shorts and their content in just a bit, but first, let’s talk about the curious nature of how this film was made.

Unlike their previous films, Saludos Amigos was actually paid for by the United States Department of State. At the time, many South and Central American countries were sympathizers and supporters of the Nazi cause and the U.S. was trying to use the newly created ‘Good Neighbor Policy’ to change their minds. Since Mickey and other Disney characters were quite popular in these countries, and since Disney was desperate to make back some money after several flopped films and an ongoing animators strike, it only made sense. 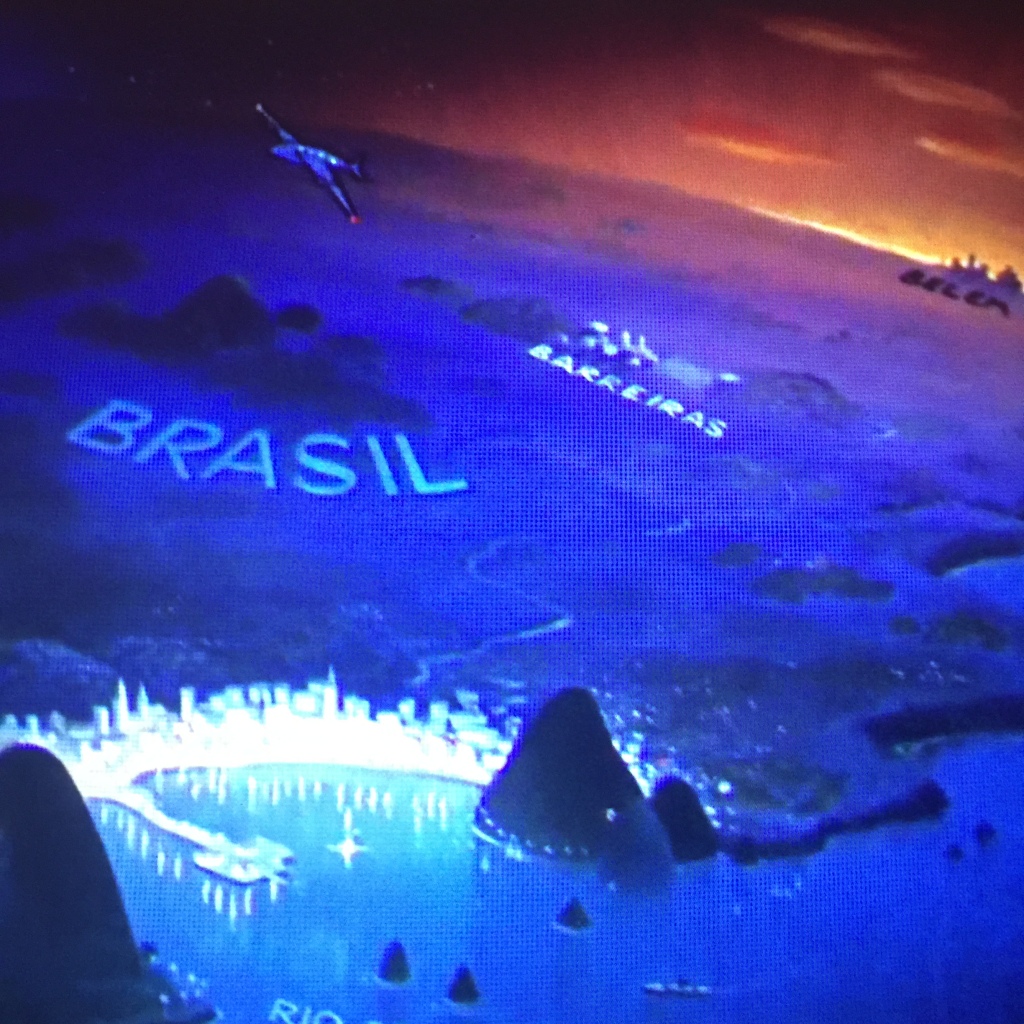 The map according to Disney.

Twenty or so designers, animators and composers along with Walt Disney himself were put on a plane and sent to tour Central and South America in an effort to make a film that would be entertaining for North and South Americans alike. The result was a huge success, creating a sense of community between North and South that had been needed for many years but had never been achieved.

“Hurry everyone. Lots to see, Pampas to do.”

The film actually begins with live action sequences of the animators themselves boarding a plane for South America and this proves to be the basis for the ‘story’ of the film. In between the animated shorts, we see the animators sketching different scenes from their visit and through this we also get to see images of Latin and South America and the people who live there. I particularly liked watching the illustrators make sketches of the things they witnessed on their travels.

The artist sketches the scene before them.

Historically, this was the first time that these countries were shown in this way to America and because of that, it helped to break down a wall of ignorance allowing Americans to see the class and higher society of South America. For being one of the lesser known Disney films, it actually had a lot of historical relevance.

Let’s talk about the short films though because they are quite fun and adorable. All of them are narrated and play out as more of a story involving the animators playing with ideas than anything but they are still fun.

Lake Titicaca is a quick story about Donald Duck visiting the aforementioned lake and meeting with the locals. While there, he meets a lama which is slightly controlled using a flute. He then goes on to make the lama dance by playing an upbeat tune on the flute. This whole sequence reminds me of my favorite movie of all time, a film we won’t be watching for a while though, The Emperor’s New Groove.

The way lamas should behave.

It seems entirely possible that some of the ideas for that film were birthed in this short. We see Donald and the lama attempt to cross a bridge high over the city below and then the chaos that ensues when the bridge starts to fall apart. The fact that Donald’s dialogue is barely discernible simply adds to the hilarity of this sequence. 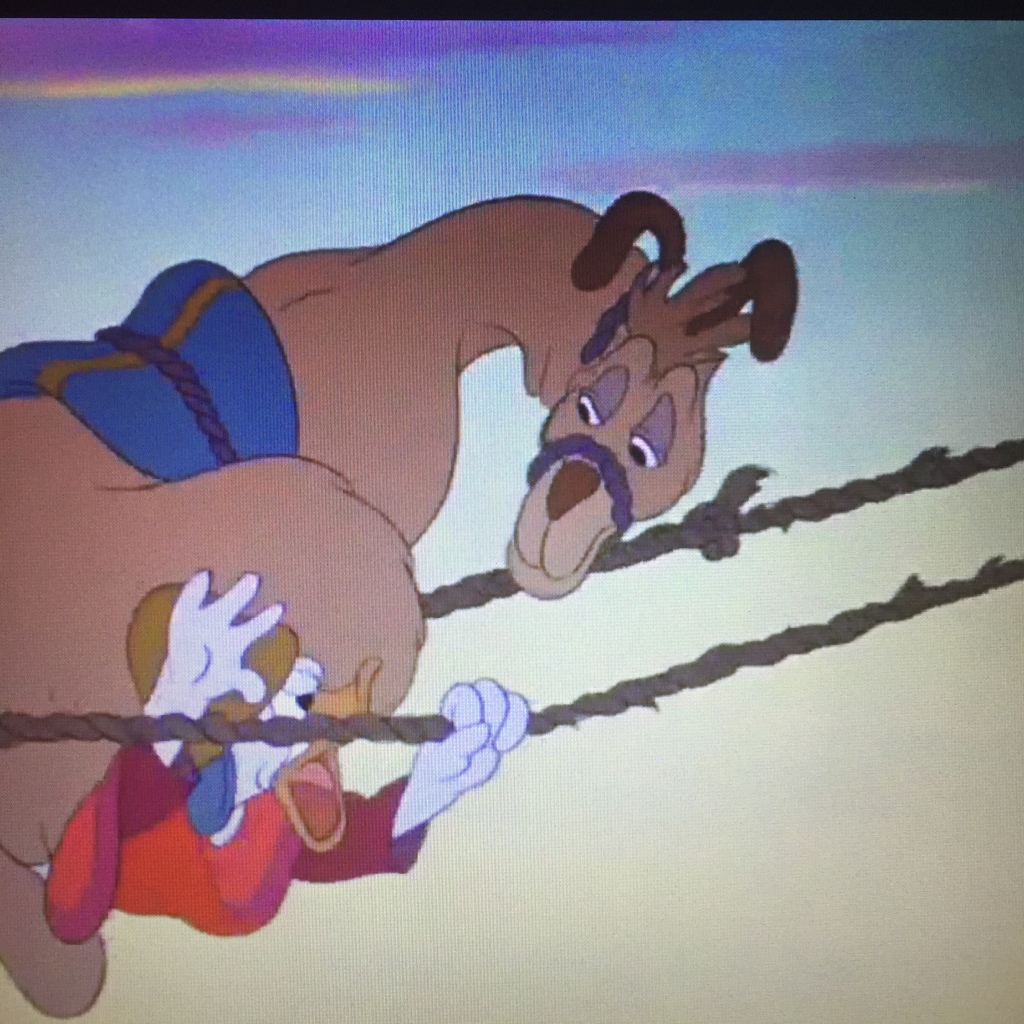 Pedro tells the story of a little plane who must deliver the mail through a harsh storm since his parents, also planes, are sick. Pedro is very cute but this is easily the least memorable of the shorts as it is the only one that does not have a Disney star in it. Still, it tells a great little story of growing up and achieving something that you once thought impossible.

Loadin’ up on some gas, yo.

This story takes place in an airfield in Chile and when cartoonist Rene Rios Boettiger saw the short, he was displeased that it was the main representation for Chile in other countries. To counter this, he started a Latin American comic magazine called Condorito, which went on to be very popular and successful. 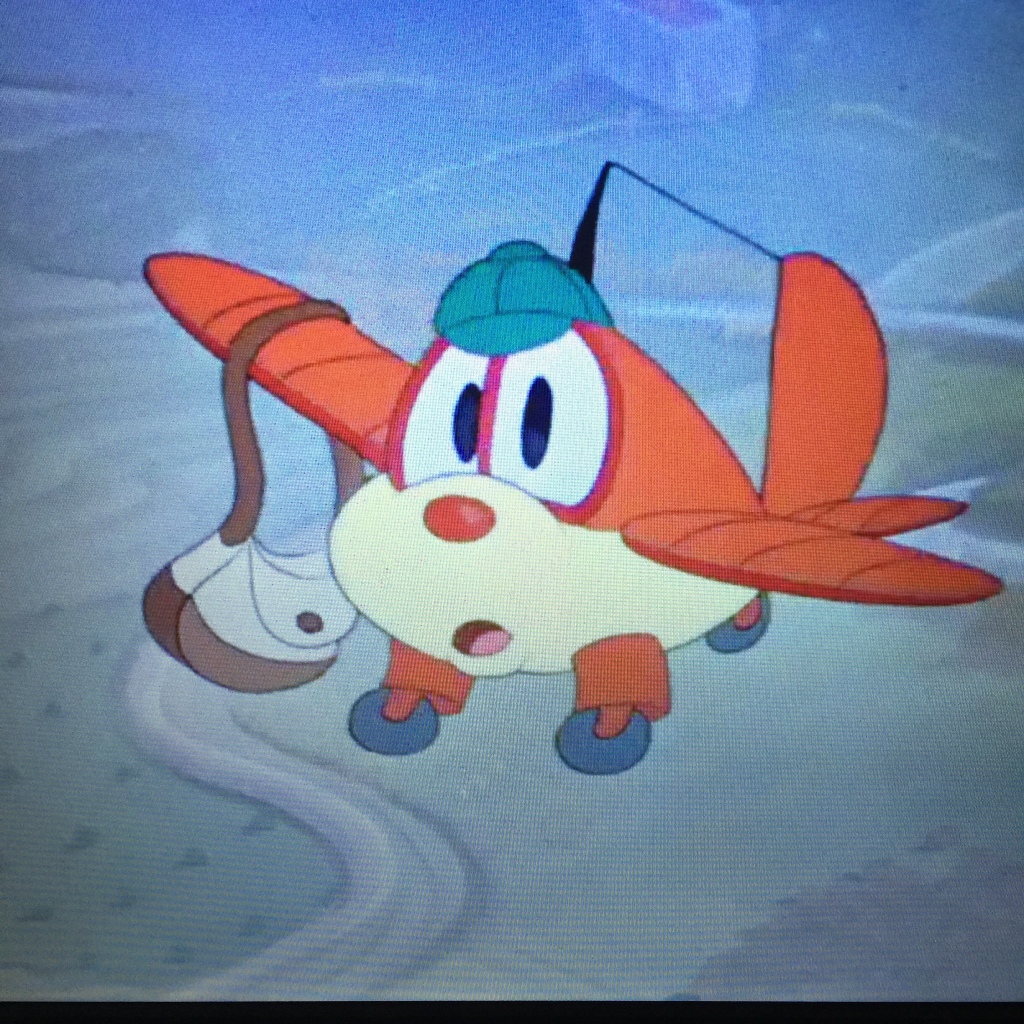 El Gaucho Goofy is easily my personal favorite of the four shorts. It involves taking Goofy, who is decidedly an American cowboy for the sake of this story, and pulling him down to the Argentine Pampas where he is transformed into a gaucho, an Argentinian cattle farmer. 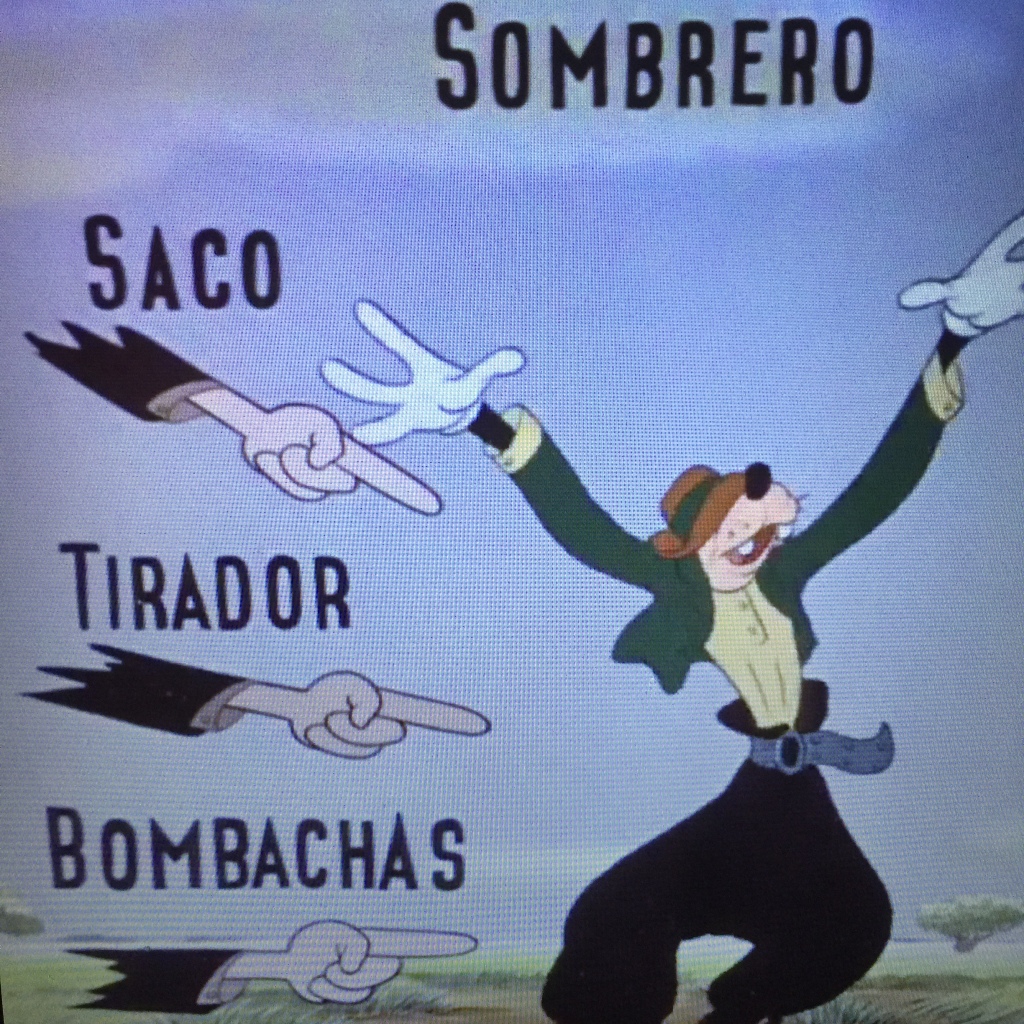 How to be a Gaucho

We see him learning to saddle his horse as well as learning to tie knots and live on the land. Given that it is Goofy, the whole affair is very comical, but never feels offensive or insensitive which I think is very important with something like this. Eventually, he is sent back to the U.S. after a lovely visit. 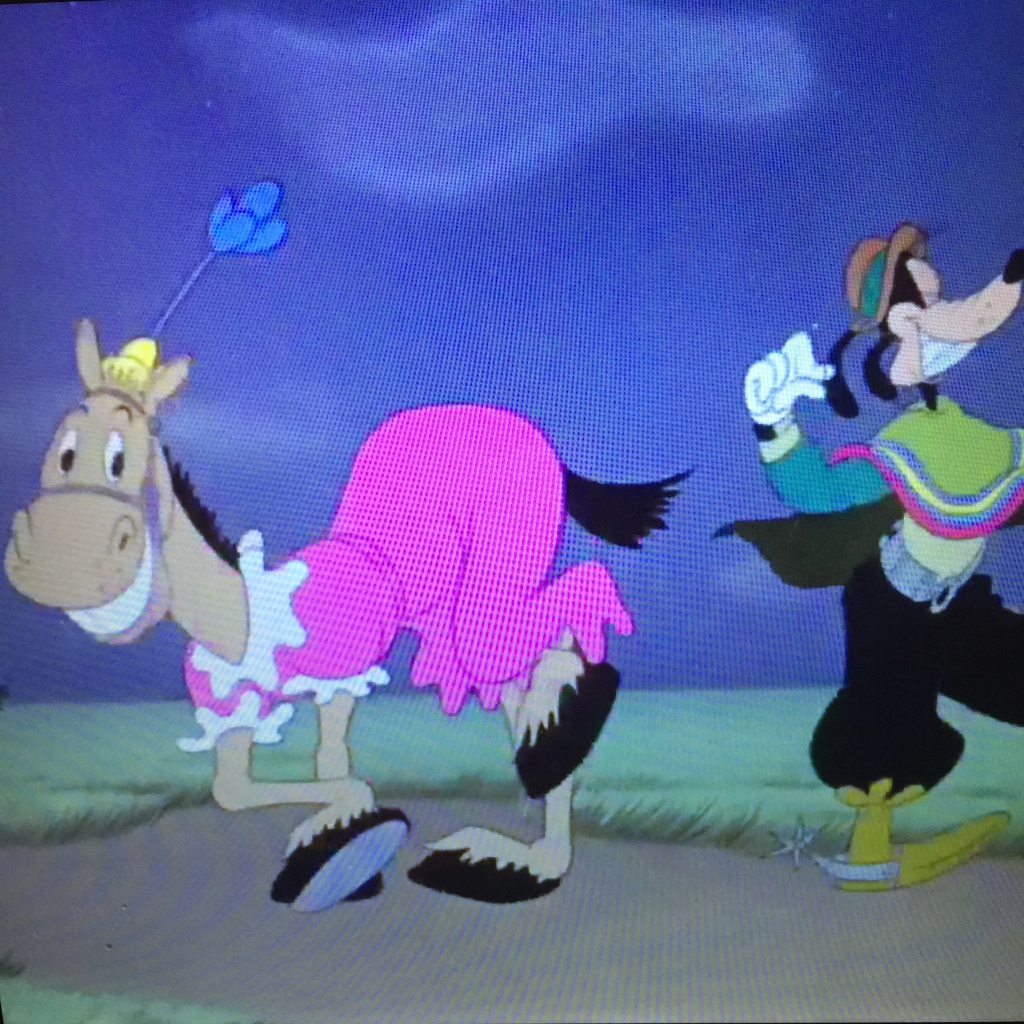 We end with Aquarela do Brasil, which stars Donald Duck and Jose Carioca, a cigar smoking, smooth talking Parrot from Rio de Janeiro. I’m interested to know when we will get to a Disney film that does not involve smoking or drinking as at the time, these things seemed to be used to denote a cool character.

Donald and Joe even share a drink of cachaca, which causes Donald to explode with fire from his ears. Eventually this all leads to Joe teaching Donald the Samba and we end on a musical note.

Joe wins us over with an upbeat tune.

Saludos Amigos is interesting from a historical standpoint but many of its shorts don’t hold up today. They lack a sense of grandeur and character that we’ve come to expect from Disney up to this point and the film itself is as long as a television episode. I actually found the live action bits about the animators and Walt himself to be far more intriguing than the animated shorts, which seem to lack direction and, thanks to the film playing them in this way, feel more like concepts than finished ideas. The film did however achieve its government issued goals and made back some money for Disney, which was badly needed and for that, we thank it for its contribution, but we may not be rewatching it again anytime soon.

Saludos Amigos and thanks for reading my blog up to this point! I really hope you’re enjoying it. Let me know what you think in the comments down below. I want to talk to you guys!

Next up: The Three Caballeros