It’s been a while since I’ve written about Elena of Avalor, but given that the epic season finale, Realm of the Jaquins just aired, I felt it was a great time to return to the series.  I’ve talked a lot about Elena this past year and how it […]

Flight of the Jaquins – Elena of Avalor

Getting two episodes of Elena of Avalor in two consecutive weeks is something pretty special.  With last week’s episode, Olaball, really sticking out to me, I was excited by the idea of getting to know the jaquins better.  And while this episode only gave us a glimpse into […] 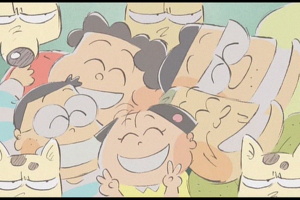 Vault Ghibli #12 – My Neighbours The Yamadas

Japanese Title: Hohokekyo Tonari no Yamada-kun   Directed By:  Isao Takahata   Produced By: Toshio Suzuki, Seiichiro Ujiie and Takashi Shouji   Originally Released:  July 17, 1999 If someone were to ask you about your family, what would you say? Would you call them normal or would they […] 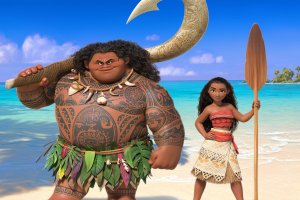 Japanese Title: Heisei Tanuki Gassen Ponpoko   Directed By:  Isao Takahata   Produced By: Toshio Suzuki   Originally Released:  July 16, 1994 Hello and welcome back to Vault Ghibli!  I won’t to start by apologizing for being away from this series for two weeks.  Due to the Comic Con […]

Japanese Title:  Tonari no Totoro   Directed By:  Hayao Miyazaki   Produced By:  Toru Hara   Originally Released:  April 16, 1988 After watching Grave of the Fireflies, literally any film we watched next was going to feel like a friendly reprieve.  Heck, we watched The Conjuring 2 this week and I thought […] 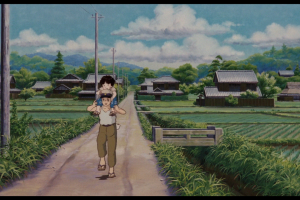 Vault Ghibli #3 – Grave of the Fireflies

Japanese Title:  Hotaru no haka   Directed By:  Isao Takahata   Produced By:  Toru Hara   Originally Released:  April 16, 1988 If I sat down today and wrote out a list of the top ten most depressing films I’ve ever seen, I can almost guarantee you that Grave of […]

If I’m being completely honest, I almost forgot that Elena of Avalor was having a new episode this week.  The release schedule has been anything but predictable for the show.  However, I am happy to report that not only did I realize in time to watch it, BUT […]

Original Release: June 21, 2103 Directed By: Dan Scanlon Screenplay By: Dan Gerson, Robert L. Baird and Dan Scanlon Starring: Billy Crystal, John Goodman, Steve Buscemi and Helen Mirren If I could give an award to the most underrated Pixar film, I think I would easily give it to Monsters […]