Hello my fellow park creators!  No more than days after finishing up the Alice in Wonderland event and selling my first born to afford to put Olaf in a bow tie, we now have the big reveal of what is coming next.  While details are still sparse, you all know that I love to try and predict the characters which will come with the event.  With that being said, let’s jump right in and see who might be coming to visit this time around.

Because no one runs away from danger, gets picked up by dwarf miners, falls asleep and waits for rescue like Snow White!  Snow will most surely be in this update, but if I have my way, we’ll get sleeping Snow White.  She can literally walk around the kingdom in her coffin freaking people out.  However if she is alive, I’m hoping we can get a Cinderella type storyline which involves her searching for the poisoned apple across 48 new quests.

Okay, I know that these guys will probably be individual characters, but I have wanted a character that is made up of multiple characters FOREVER now.  I just think it would be so cool and different.  However, if they are all individually recruitable, I can’t imagine Grumpy and Dopey NOT being gem characters.  After all, who is honestly going to pay to play with Doc?  No, you’re right.  I probably would still buy Doc.

Look guys!  You will soon be able to play as my mother!  Oh, sorry, no. It’s just the Evil Queen.  I get the two confused.  Okay, so the Evil Queen will be the villain here, but do we think we’ll get a costume to change her into old lady form?  I really really hope so.  It would also mark our first villain with a costume option! 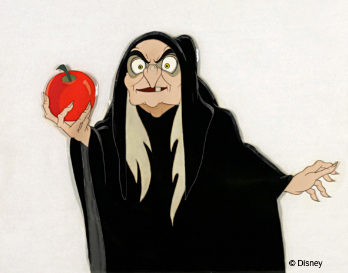 Sorry boys, Snow White is already taken.  The Prince might even be the first character we recruit in this story line.  He’s brave, bold and his kiss can wake the dead.  Hubba hubba!  And who doesn’t love a man in tights with a bad haircut?

Okay, this one is a stretch, but if I learned anything from the Mad Hatter, it’s that my Kingdom doesn’t have enough creepy old guys.  The Huntsman could chase Snow White, and in his off hours, he could hunt all the wild animals in my Kingdom.  Seriously, we have got a large cat problem on our hands.

That’s my guesses for this update!  What are your predictions?  Will it be main story or event?  What attractions will we be getting?  Let me know in the comments below!