OMG OMG OMG!!!! That’s basically how I felt after realizing that Animal Crossing Pocket Camp had become available to download in the U.S.  For those of you who know me from my Disney Magic Kingdoms posts, you should know that I absolutely love Animal Crossing, so the prospect of playing this game was beyond exciting.  That being said, I imagine I will be posting quite a bit about this in the future, but for today, I just wanted to chronicle some of my first steps into the world of Animal Crossing Pocket Camp and talk about things that stuck out to me as being different or new from the original console games.  Let’s jump and see what sort of awesomeness this game has in store!

One of the first things you’ll notice that’s different in Animal Crossing Pocket Camp is that you’ll actually get to create your character.  In past games, this has been something of a random birthing when it came to how you looked at the start of the game.  PC allows you to instantly stake your claim in the world.  This is ultimately a very good thing as you are going to encounter other players in the world much faster than you might in one of the DS games, since players are more abundant and quite honestly, connecting to each other via phone is far easier than it ever has been on a Nintendo handheld system. 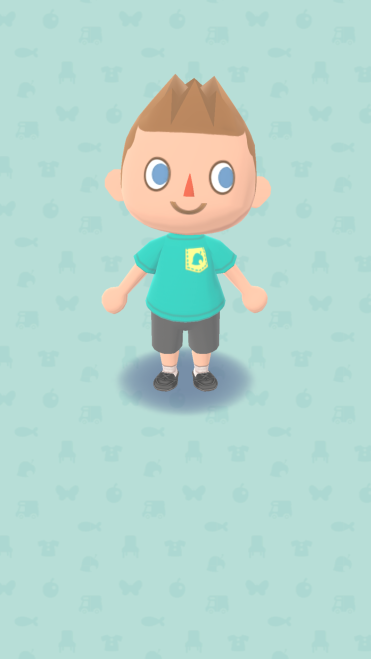 In previous AC games, questing was sort of on an “I feel like it” scale.  Maybe I’ll help Daisy take a package across town.  Or maybe I’ll just fish all day.  In PC, questing is essential.  Fulfilling quests helps to raise your friendship level with each character you encounter.  This in turn helps to gain hearts which is how you level up.  Leveling up your character is the key to unlocking everything in the game and you’ll find that you make friends quicker than you ever would in real life.  Honestly, if I was promised new furniture for making friends, I would be a much more social person. 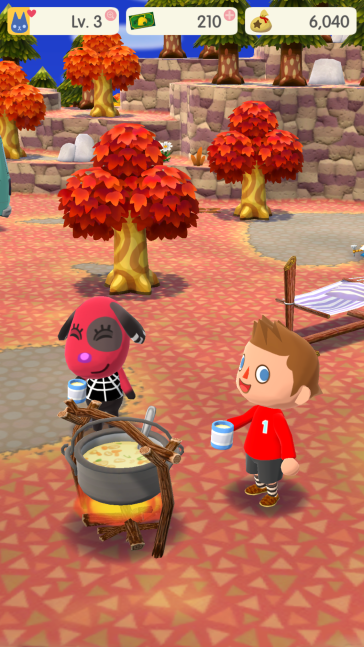 This is all done through a fairly easy to use map system which allows you to travel to different parts of the woods in hopes of meeting friends and completing their quests.  While this takes away the more open world aspect of the original games, there is something to be said for knowing where to go to collect more fruit or more fish or more insects.  It creates these great pockets of opportunity, and you’ll find yourself hopping between them quite often. 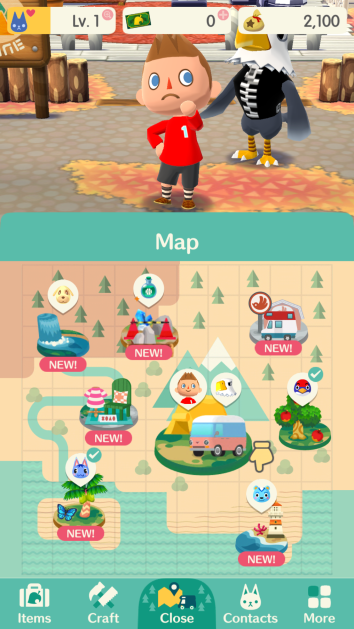 You’ll also want to check back often as there are not only quests that you can complete for extra rewards, but also timed quests which will only be around for a few hours before disappearing.  There are also daily login bonuses you won’t want to miss!

While fishing and bug-catching are still a vital part of the game, they’ve gotten a bit of an overhaul.  For one, they are MUCH easier than they ever were in the console games.  Now you need simply wait for an exclamation point to appear before simply tapping the screen and being rewarded your prize.  While I’m sure old school AC fans will not be happy about this, I think it lends very well to the overall ease of use when it comes to making something mobile.  You can now also use honey as well as large nets to catch multiple critters at once.  These come at more of a cost however, so those willing to spend money will see these things more often.  That being said, just from completing quests and leveling up, I’ve been gifted plenty of nets and honey to be able to try these things out.

Rather than build out your house this time around, you’ll be managing a small campsite as well as a camper, which you can paint, expand and decorate as well.  This system of letting you create allows you to make a small home away from home on a grid.  You’re also able to create larger structures that then make more buzz with the animals you’ve invited to your camp.  Speaking of which, you’ll be creating different items and furniture in order to lure friends to your home, and this creates a nice sense of progression in the game.

This camper system also introduces three new characters who will paint and expand your camper.  Keep in mind that this functions like a home in the old games.  What I mean buy this is that once your home is expanded, you’ll need to pay off a loan before you can make it any bigger. There are also plenty of new and old faces in the game and by going to the Market Place, you can buy furniture, new clothes and even see what the daily and global quests are.

The Power of Friendship

Yes, you’ll be making friends with animals in this game, but you’ll also be making friends with your actual friends.  You heard me!  You can add friends and then visit their campsites, giving them kudos for a job well done.  You can also sell excess goods you have to friends and even invite them to help you mine the rock quarry.  Creating a robust friends list is very important to this game and I only hope to see my in game friends grow and grow over time.  As such, here is my ID and I’d be happy to have you add me!  Jump to the bottom of the page for a link to our new Animal Crossing Pocket Camp Facebook Group where you can make even more friends! 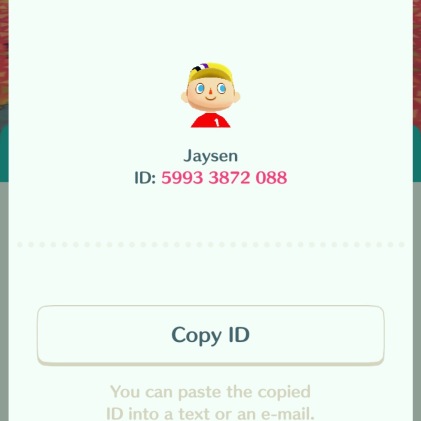 Okay, there is A LOT of newness I did not go over here, but that’s what tomorrow is for!  If you can’t tell, I am really enjoying the game so far and I look forward to sharing more of the wonderful things I find in the game.  Please add me as a friend and join our Facebook group so we can build a wonderful community together!