Hello all!  Now that Carl and I are settling into our new home, I decided I might as well start an all new series chronically our adventures in the worlds of Disney here in Orlando.  I know I’ve talked about the parks here before, but now that it’s going to be a more regular thing, I think it deserves a name.  Therefore and henceforth I am pleased to welcome you to our first installment of DISNEY ADVENTURES.  To kick things off, we headed out to the Epcot International Festival of the Arts.  As it turns out, this is the very first year of this festival so we were excited to dig in, eat some food and see what artistic goodies the day had to offer.  Let’s take a look.

We headed into the park with high expectations.  After all, this was our very first festival of any kind at Epcot and it was also our first time visiting the park as passholders.  Waving our passes to not pay for parking made us feel like super stars given special permission to do as we pleased.  We were ushered into a shorter line as we entered the park.  We felt like kings of the world.  As we landed in the middle of Epcot, an old friend was there to say ‘Hello!’ 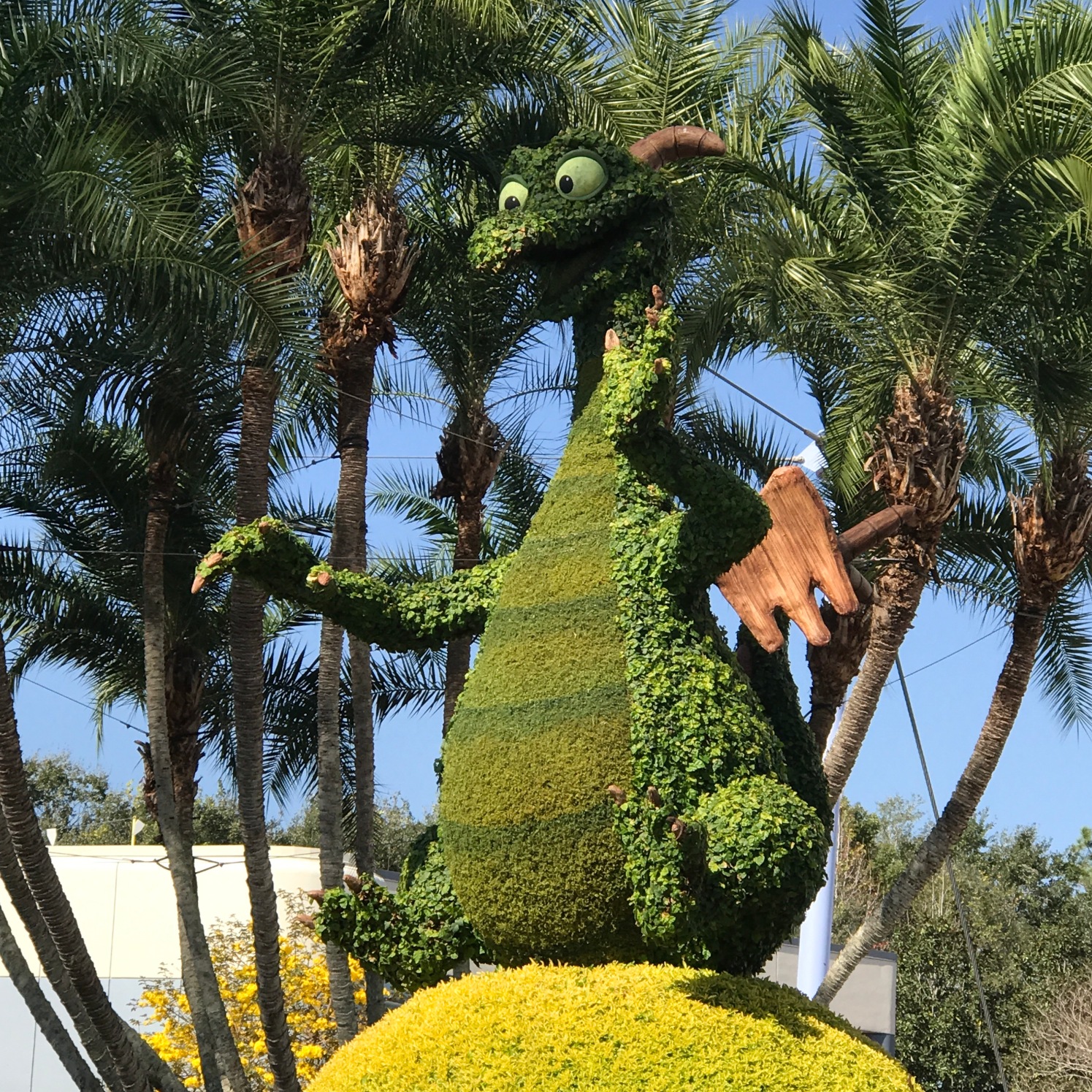 All around the park, you’ll find reasons to stop walking and take in the spectacles around you.  These living statues adapted to you so that you could take fun photos with them.  Though, should you not realize this, you might even think they were actually made of metal for how still they stood.

An acapella group sang us in as we went, getting the whole crowd involved and keeping our energy high as the day started.

All around the world showcase, we found fun entertainment to be had.  Whether it was a high energy band in Morocco…

Or this High School accordion/tuba group in Germany.  Aww, I bet they were super stoked to get the day off from school.  Okay, but seriously, these guys had some wicked stamina.  I swear they were out there all day.

A French speaking band in Canada definitely had some great energy but confused the audience when they said their next song would be about women with fishy parts.  They were, of course, talking about mermaids but I laughed for all the wrong reasons.

This high flying act in Italy had the whole crowd gasping as we waited on baited breath for this man to NOT fall to his death. 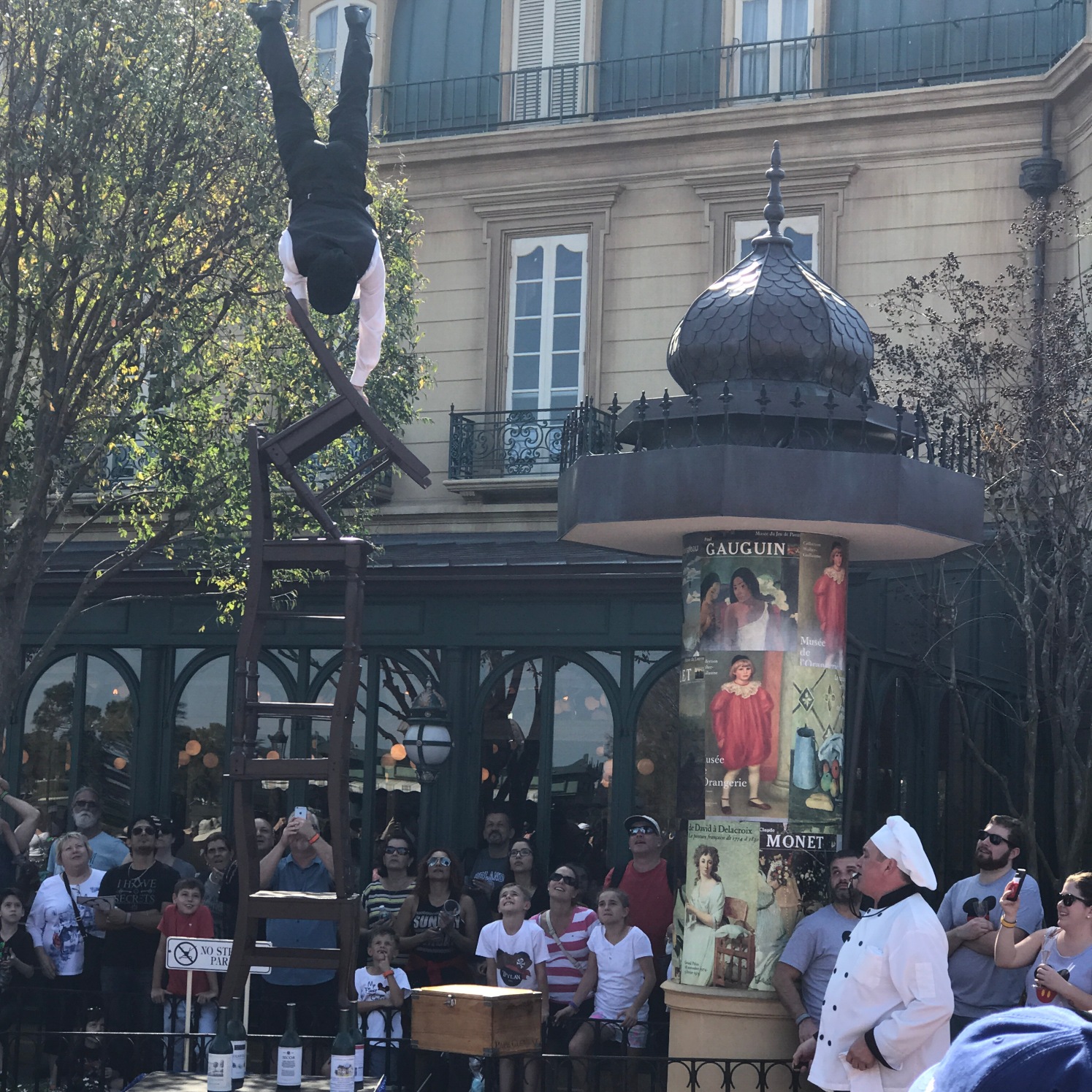 Something I enjoyed about this show was that it had music everyone knew but also original songs composed for some of these shows that were less familiar.  It was a nice way to showcase Broadway for folks who might not have experience it before.

TAKING IN THE ARTS

From seminars to pop-up art shops, this festival had something for every kind of art lover.  In particular, we loved the extreme color by numbers, which involved picking a color and then going to a large mural and using a brush to paint 4 or 5 squares with the same number as your color in order to make a collaborative mural.

I, of course, chose Pretty as a Princess, the brightest pink color possible.  The woman in charge remarked that I was, indeed, pretty as a princess.  Aww, thanks girl!

We proceeded to paint our portion of the mural, contributing the artistic vision of the world, one square marked number 15 at a time. 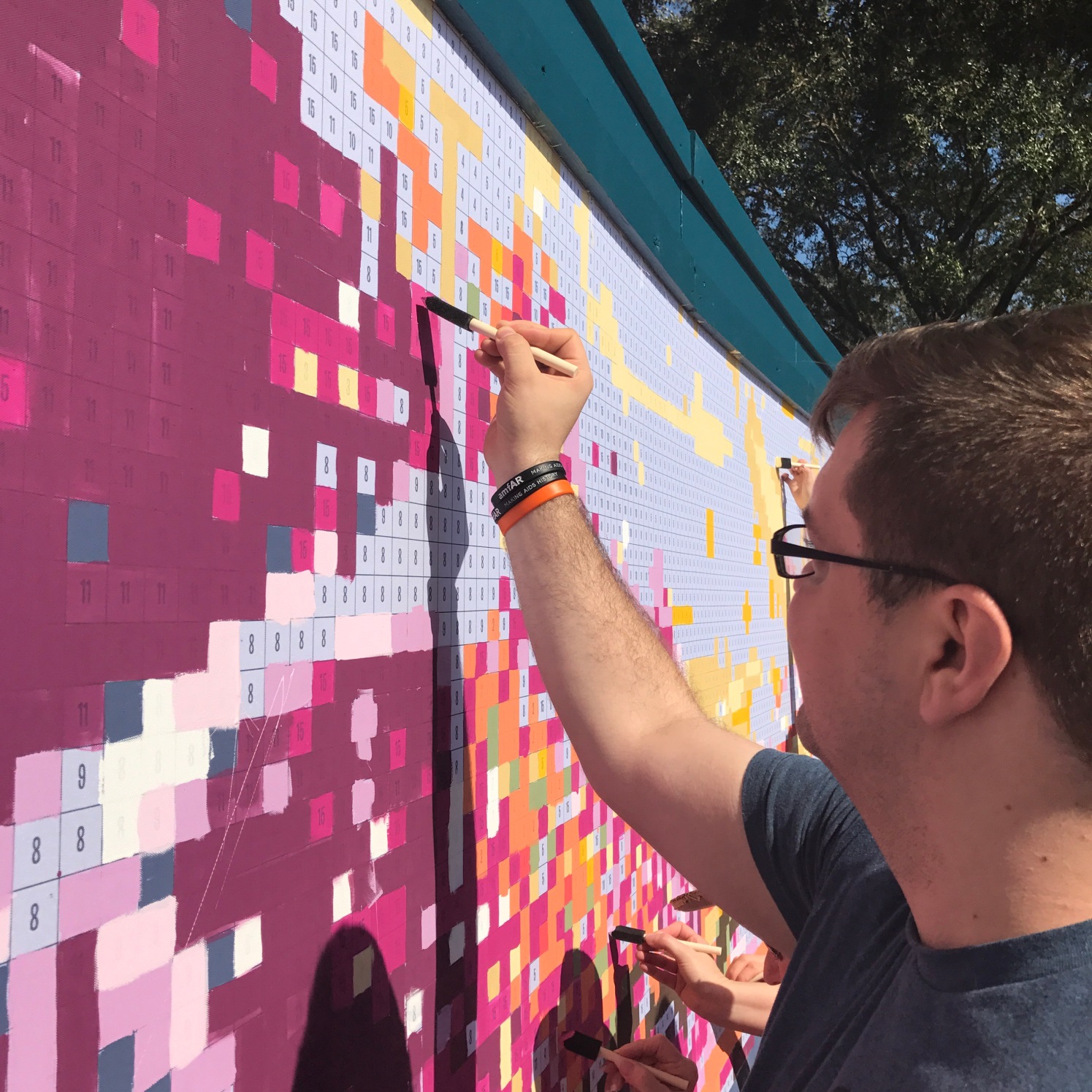 One thing I was determined to take advantage of with our new Annual Passes was the fact that the Photo Pass option was part of the package.  No more filter over our images!  We took to annoying every Photographer we could find. 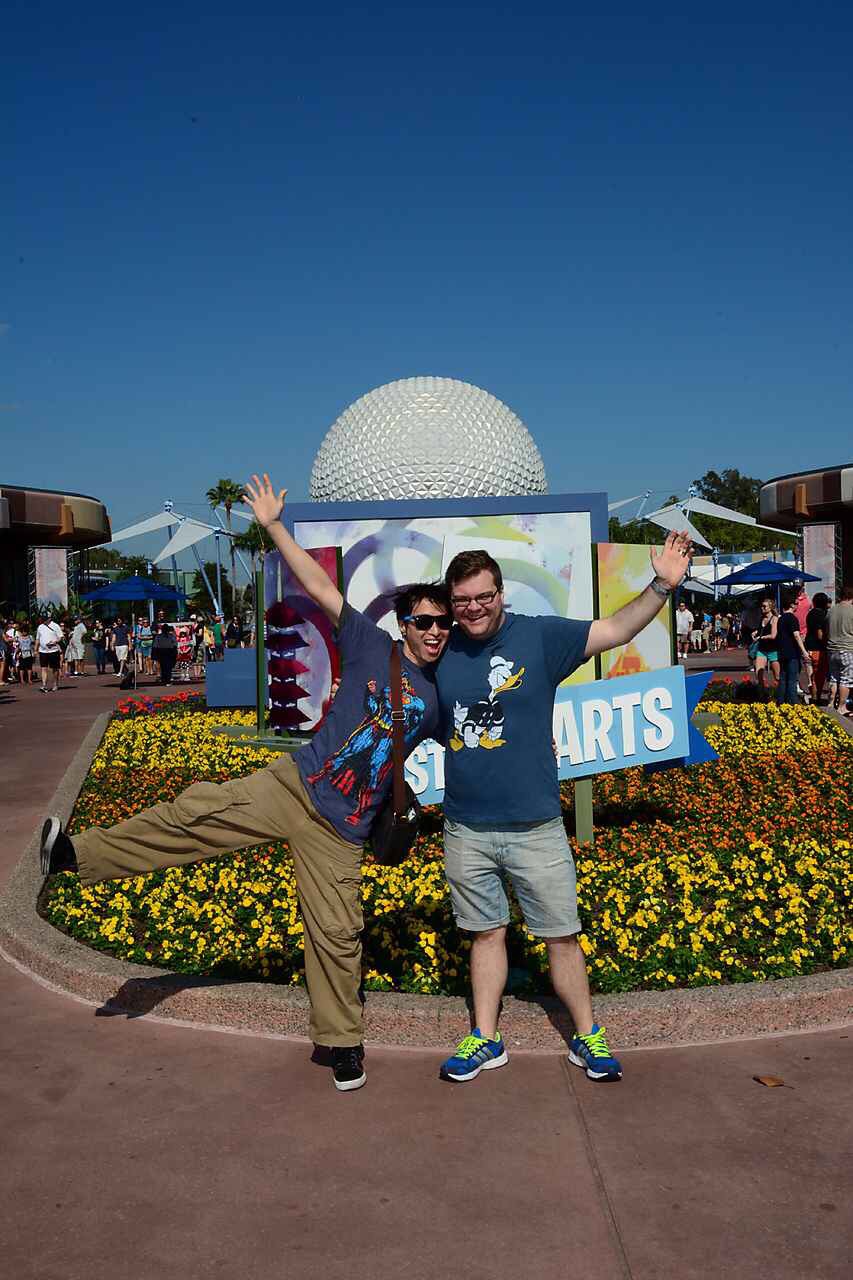 A fun part of the festival is that classic paintings have been set up so that you can jump in and be a part of history.  In this case, that meant a very boozy part of history. 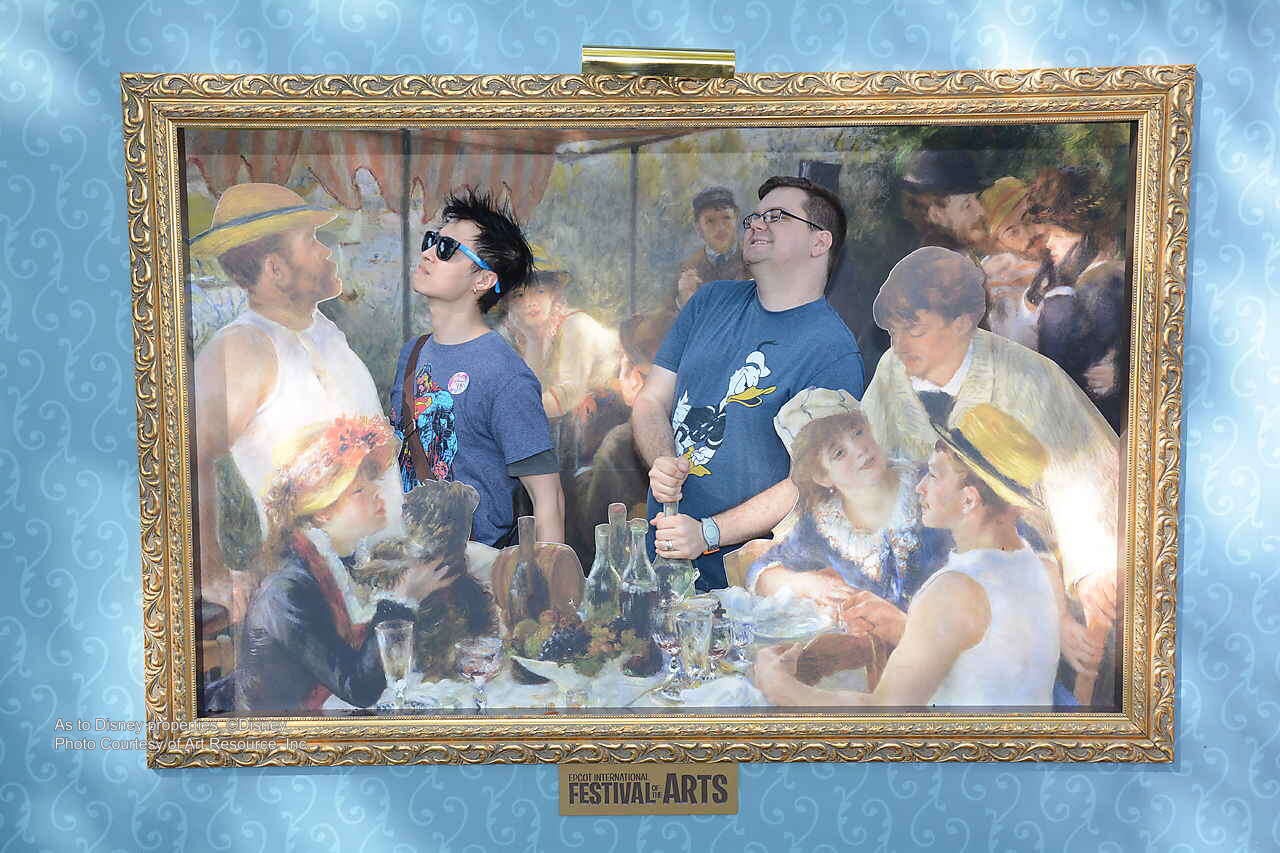 Strangely, I think that my version of The Mona Lisa and Carl’s versions of The Scream was a very accurate depiction of our relationship. 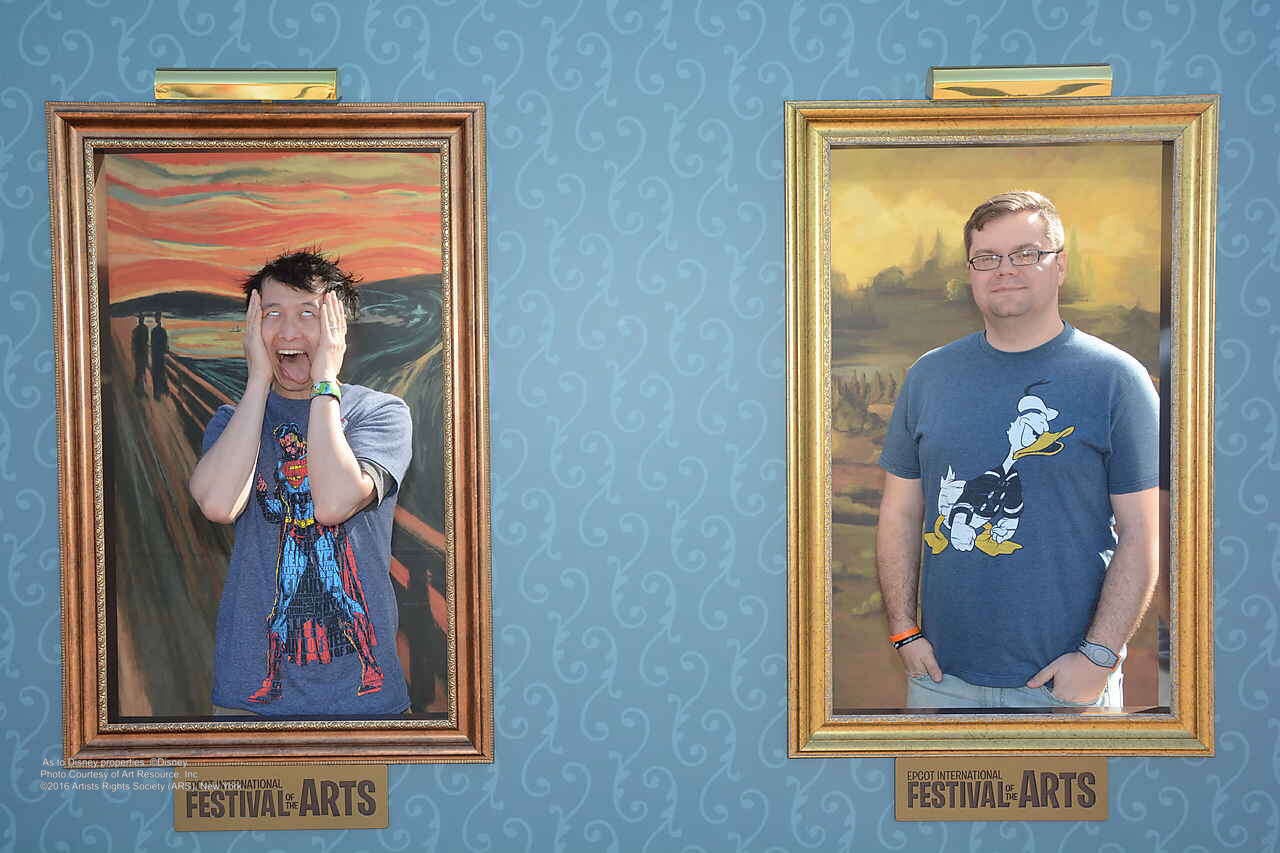 And we discovered that even on a fake boat, i was a total wimp.  Guys, seriously, I’m sure I just saw a shark…or possibly a child with a shark hat…but still, very scary! 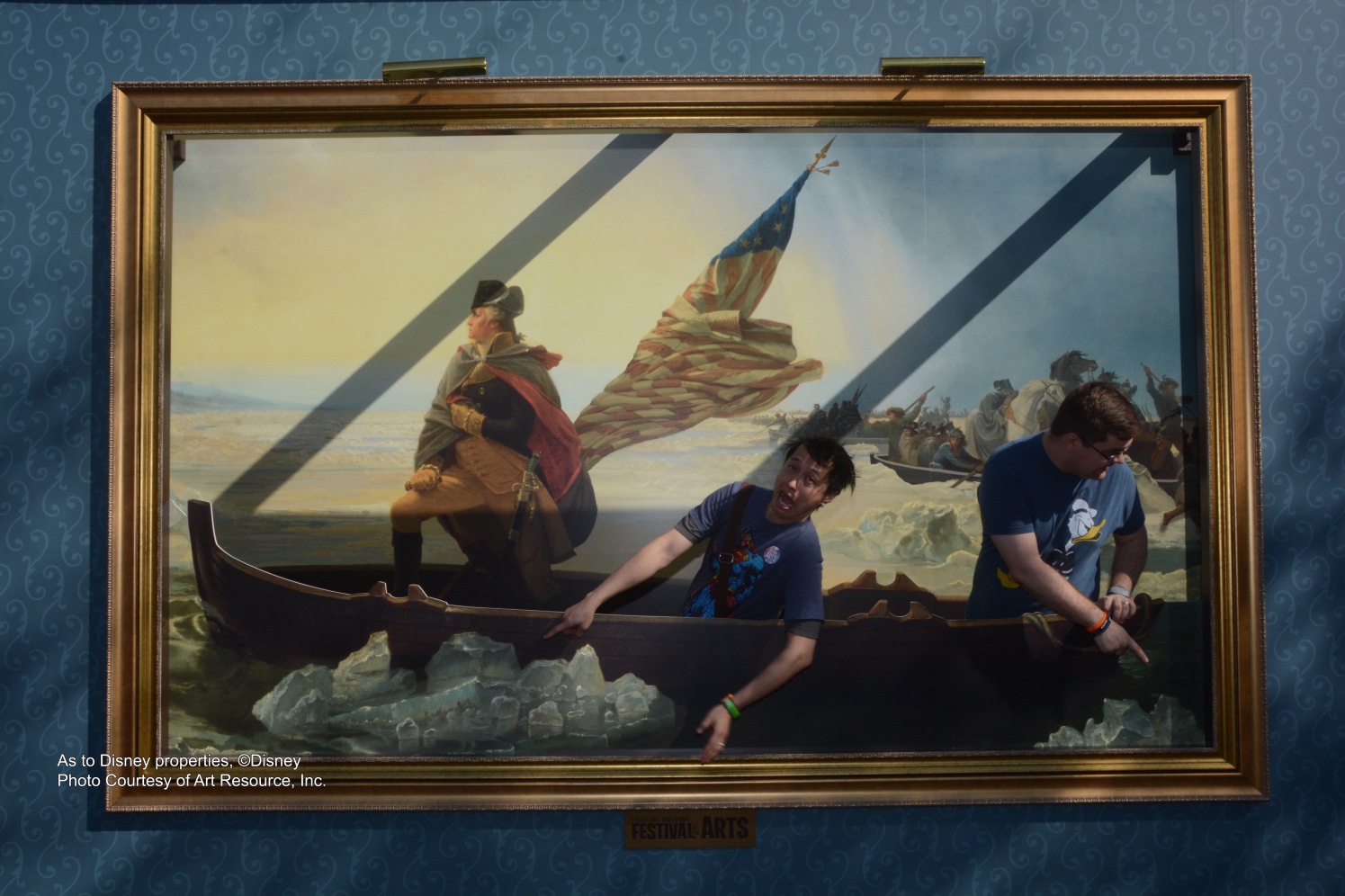 By far, our most looked forward to part of the day were the artistic culinary creations all over the park.  Carl was excited to try all the desserts!

The Artist Palette Jumbo Chocolate Chip Cookie made it possible for any cookie lover to be a brilliant artist.  It even came with a brush!

I then had to inform Carl that the brush itself was not actually edible.

At which point he finally figured out how to use said brush.  Here you can see the artist himself contemplating his next masterpiece.  Although he may just be thinking about how his hair refuses to stay the way he fixed it this morning.  Either way, he looks pensive and that’s what matters here.

The Almond Frangipane Cake from the Pop Eats! stand was all kinds of artistic, and also very almondy.  It was quite delicious but very rich.  I recommend splitting this one!

On the savory side of things, we tried out the Trio of Savory Croissant Doughnuts from The Painter’s Palate.  Each of these was a mixture of sweet and salty and all of them were delicious.  Make sure you grab some napkins though.  These puppies were filled to the brim with flavor, so much so that they exploded in our hands!

And no trip to Epcot would be complete without a tasty beverage.  My Dreamy Bourbon was filled with delicious Italian Espresso mixed with creamy Godiva Chocolate Liqueur and topped with milk and whipped cream.  Meanwhile, Carl tried out Jamaican cold brew for the first time, which gave him the energy to finish out the day.  As a side note, I found that one of the hardest things to remember was to mention our Annual Passes whenever we got food.  This always resulted with a discount and if you are a new member like us, it’s easy to forget.  If you’re buying merchandise, food or beverage, ALWAYS mention it.  You’ll almost be surprised by a little savings!

And then we met Donald!  Oh…no…false alarm.  It was actually just a bird, but he was so photogenic I simply had to snap a few shots!  Not to plug anything here, but today was my first day with my new Iphone 7 plus and I was quite pleased with the photos it took, as you can tell by how many I snapped.  (Just wait until you see my Festival of Fantasy post).

We finished the day with full bellies and even fuller hearts.  Carl was bouncing off the walls thanks to the coffee and we were happy with our visit to the world of tomorrow.  As a special aside, I want to mention that we enjoyed a full day of Disney without a single ride.  It can be done!  We were happy just to breathe the fresh air and take in the festival. 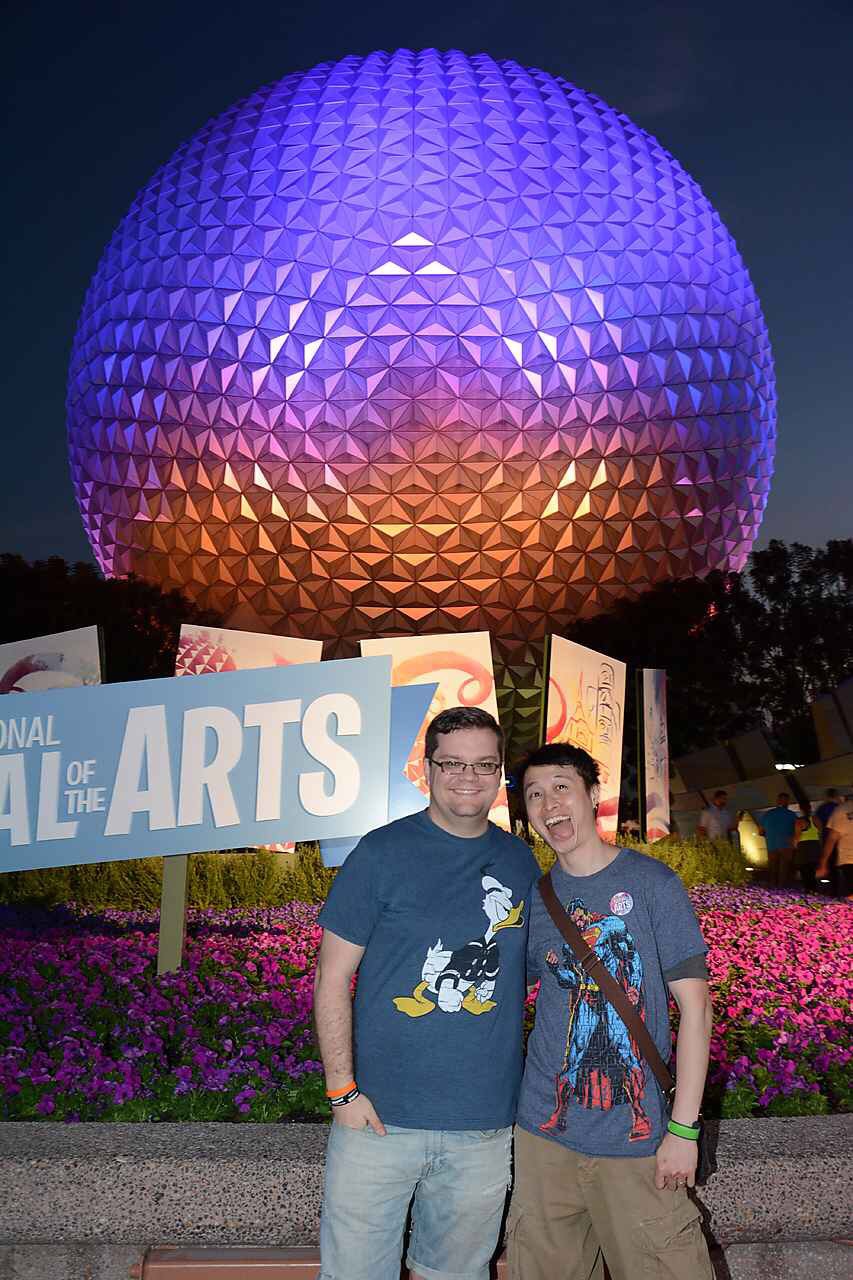 The Festival of the Arts is running on the weekends from now until February 20th, and it’s well worth the visit.  I’m not a huge Epcot fan, but today made me a believer.  We enjoyed every moment and I’d gladly go back for more artsy food any day of the week! 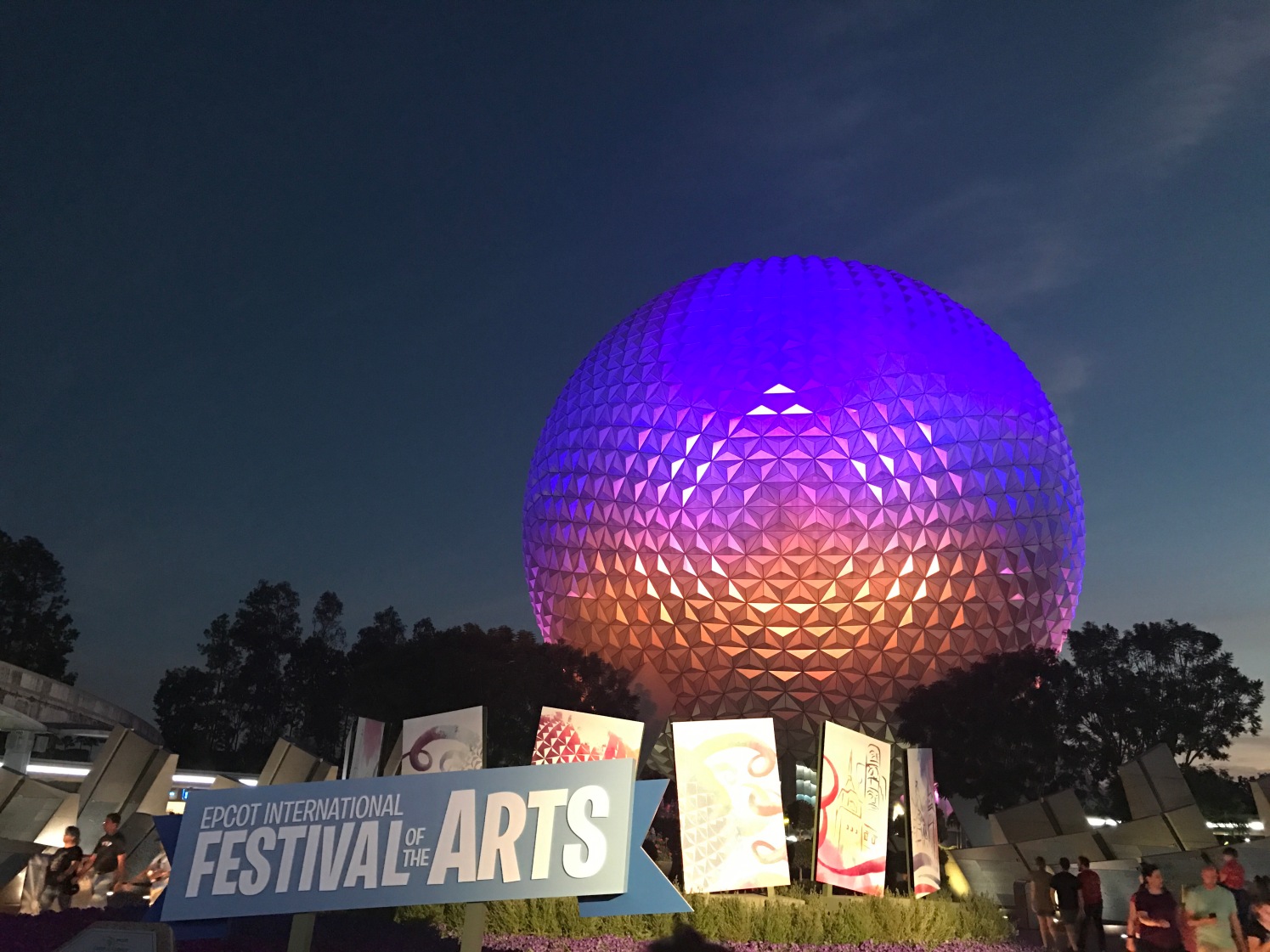 I hope you enjoyed our first Disney Adventure!  In the future, I will have a full page dedicated to this.  In the meantime, we’ll simply dream about our next adventure in the magical kingdoms!