Hello and welcome back!  If you’re just joining us on this journey, I am embarking to replay through as much of Disney Magical World before the sequel comes out on October 14.  I’ve played through the game before but this is a fresh run to reacquaint myself with the game and also to be able to speak to what is new and different in the sequel!  If you’d like to get caught up, HEAD HERE first!

Something I really like about this game is that it’s a bit manic.  By that, I mean that you can easily jump from one thing to another to another.  I can fish one minute, farm the next, go on a quest and then make some food at the diner.  And the best part is that all these things lend to each other.  By farming and questing I am getting new ingredients for the cafe.  By doing this, I earn money at the cafe.  I can then spend that cash to craft more items which then unlock more things.  It’s hectic but very rewarding and never, not even once, boring.  As I mentioned last time, I began my journey today by diving into the world of Alice in Wonderland. 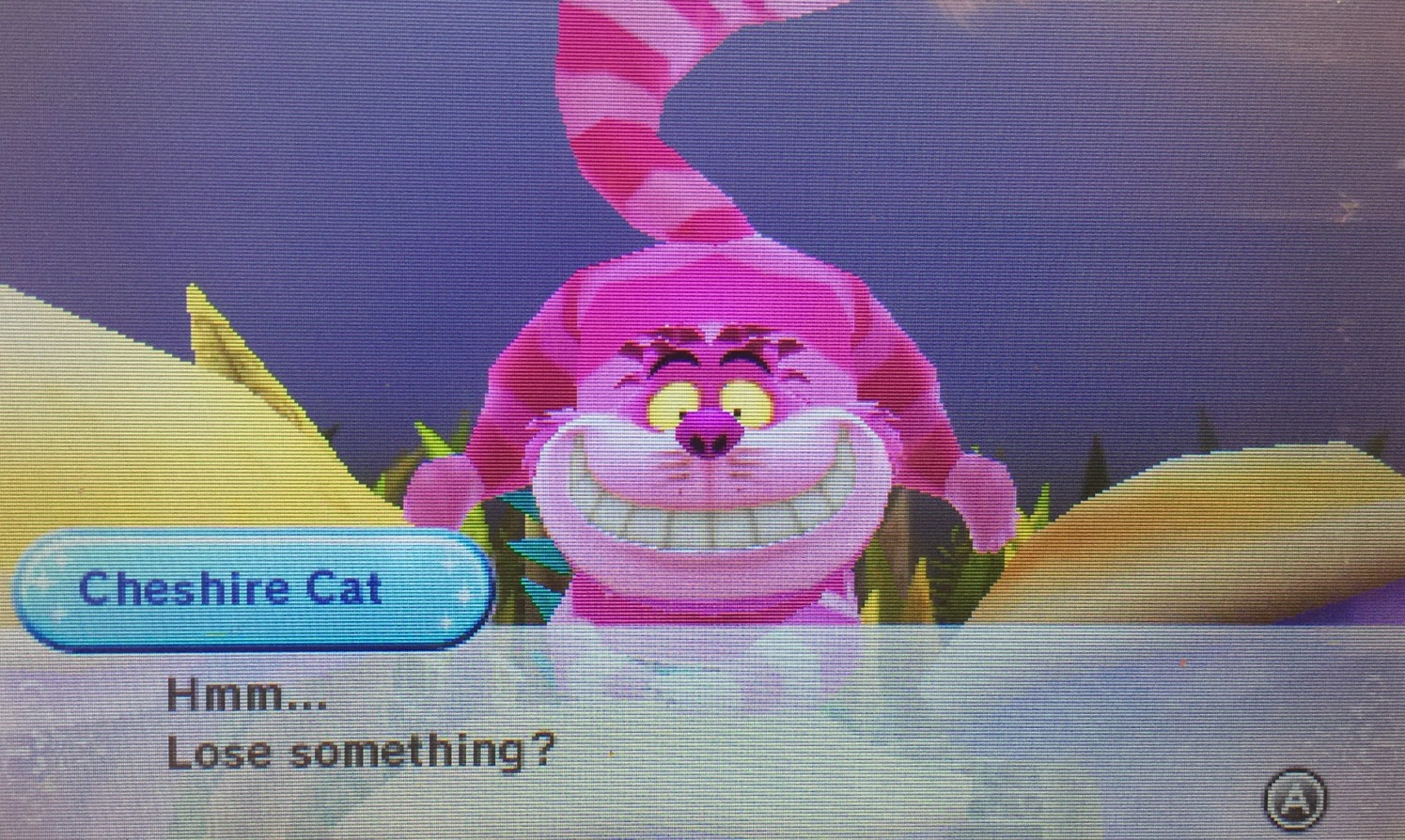 To get there of course, I had to drink from a questionable bottle.

Or I could not, and continue living.

I met some lovely folks there as well.  Alice in Wonderland is a questing area so you complete bits of the story by hunting down ghosts and fighting them to complete missions.  These two sent me after special “tea” leaves.  Likely story guys. 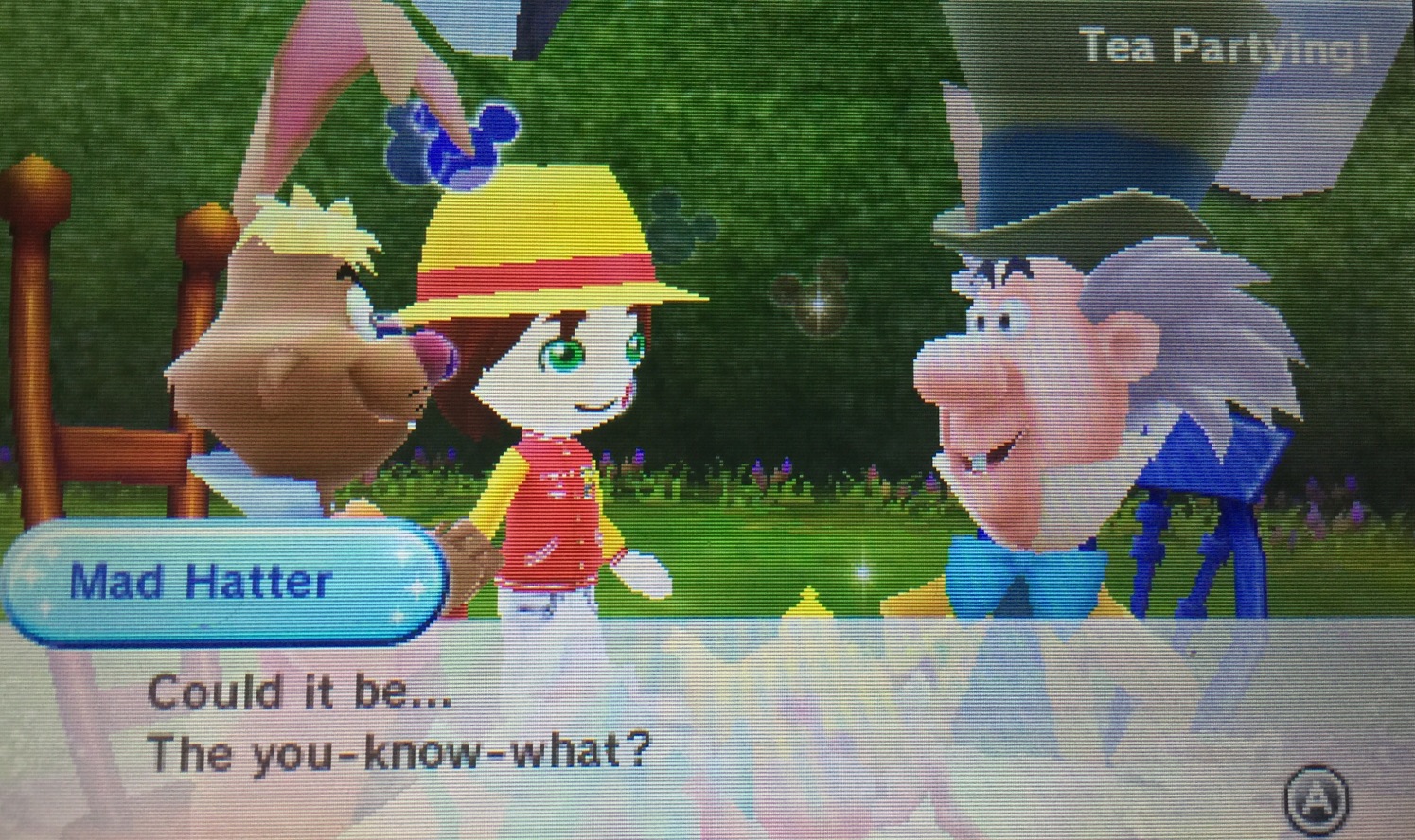 Something else neat about the later questing zones is that you might just happen on a nice fishing spot.  This meant a good time for a relaxing break from killing all those ghosts…though…can you really KILL ghosts?

Aw, this is the life.  Fishing in a haunted, possibly deadly forest.

Actually, I managed to find that I’d unlocked another oceanic fishing spot on the edge of Castleton once I’d hit 16 stickers but didn’t realize it until today.  This was good fortune as the fish there are bigger an enabled me to get the sticker for catching a fish over 50cm.

I believe this is how the film, The Shallows, begins.

I’ve also been collecting cards, and I remembered the king mentioning that I should swing by for something cool should I collect a few.  Turns out the “Something Cool” was that he would have his flamboyant assistant teach me new gestures to use on people or in photos.  The thing about these gestures is that they have very obvious names like “Turn and Raise Hand.” 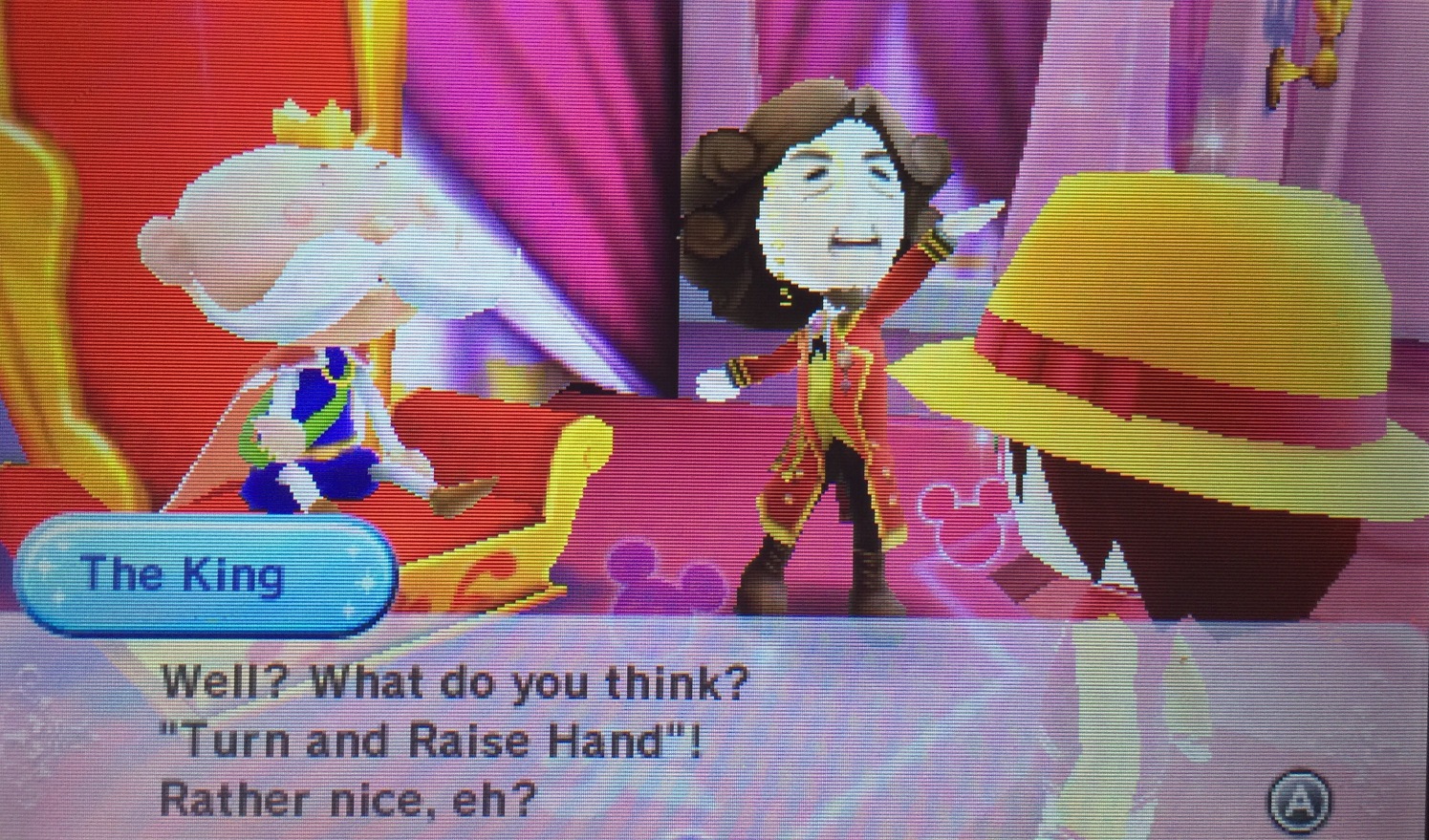 Meh.  Teach me the “Slap” gesture.  I’ve got a bone to pick with Minnie.

I also opened a new building which enabled me to learn about Sparkles.  These are something sort of odd.  Quite literally they make you “Sparkle” as you walk around.  I purchased the Mickey ones so now as I walk, sparkling Mickey heads roll off of me as if I am possessed by some demonic presence.  It’s a bit odd but supposedly it helps when taking photos.

Meanwhile at the cafe, my Hawaiian theme was complete.  After filling enough orders, it was time to host a party.  With enough of the Hawaiian theme in place, the party attracted a very special someone.

For the next couple of photos I experimented with sending the photo to Miiverse.  This allowed me to get much better quality photos BUT I don’t know how worth it it is for all photos.  After all, each photo takes at least three minutes to get up on the site.  I really wish the 3DS had a better system for posting pictures.  In any case, these came out great!

With my party complete, I set out to take more photos with friends. Minnie had asked that I dress like a waiter so that she could take a picture with one of her minions.

Then, after proving my superb farming skills, Rabbit asked that we take a photo as well. You’ll notice the Mickey ears all around.  That is from my sparkle!

At one point, I jumped back into the hub world and found a special someone waiting for me.  He invited me to the Aladdin world but I didn’t go there just yet.  I wanted to finish some other things before starting another adventure, but you can bet that we’ll be embarking on that one tomorrow.

Something else I’m working on is getting to go to Cinderella’s ball.  This means that I have to get a fancy costume together.  Luckily I have the fairy Godmother helping with that one.  Hopefully by tomorrow I’ll have that regal outfit to show off! 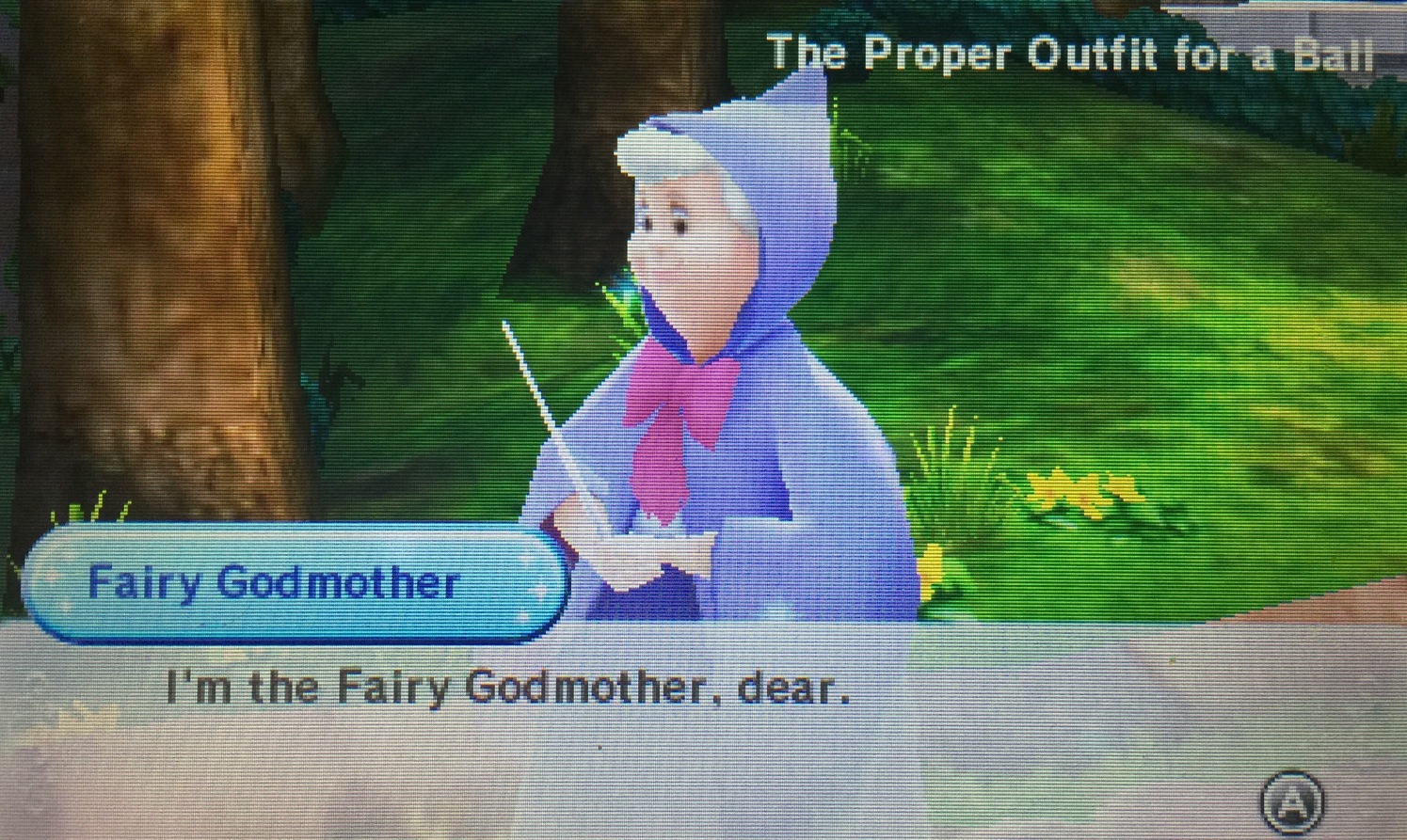 Another world I touched on, BUT didn’t dive into yet is actually a DLC area.  I downloaded the Pirates of the Caribbean world and met up with Jack Sparrow.  He invited me to ride on the Black Pearl and go to Pirate Land.

That’s what she said…

I’ve got a lot of work ahead of me tomorrow with new worlds to explore and new stickers to obtain.  I am sure my adventure is only going to get more challenging but I am loving how even though I’ve played this before, I still feel super surprised and addicted to the game this time around.  I will probably say this all month long, but I CANNOT WAIT for the sequel to release on October 14!!!  Who else is excited?

Time to set sail for adventure!