Gertie the Dinosaur at Hollywood Studios

If you are wandering along the twisty paths of yesteryear in Disney’s Hollywood Studios, you’ll be hard pressed to miss the giant green dinosaur adorning a little ice cream shop known as Dinosaur Gertie’s Ice Cream of Extinction.  Turns out, this awesome looking set piece actually has a pretty important story behind it. 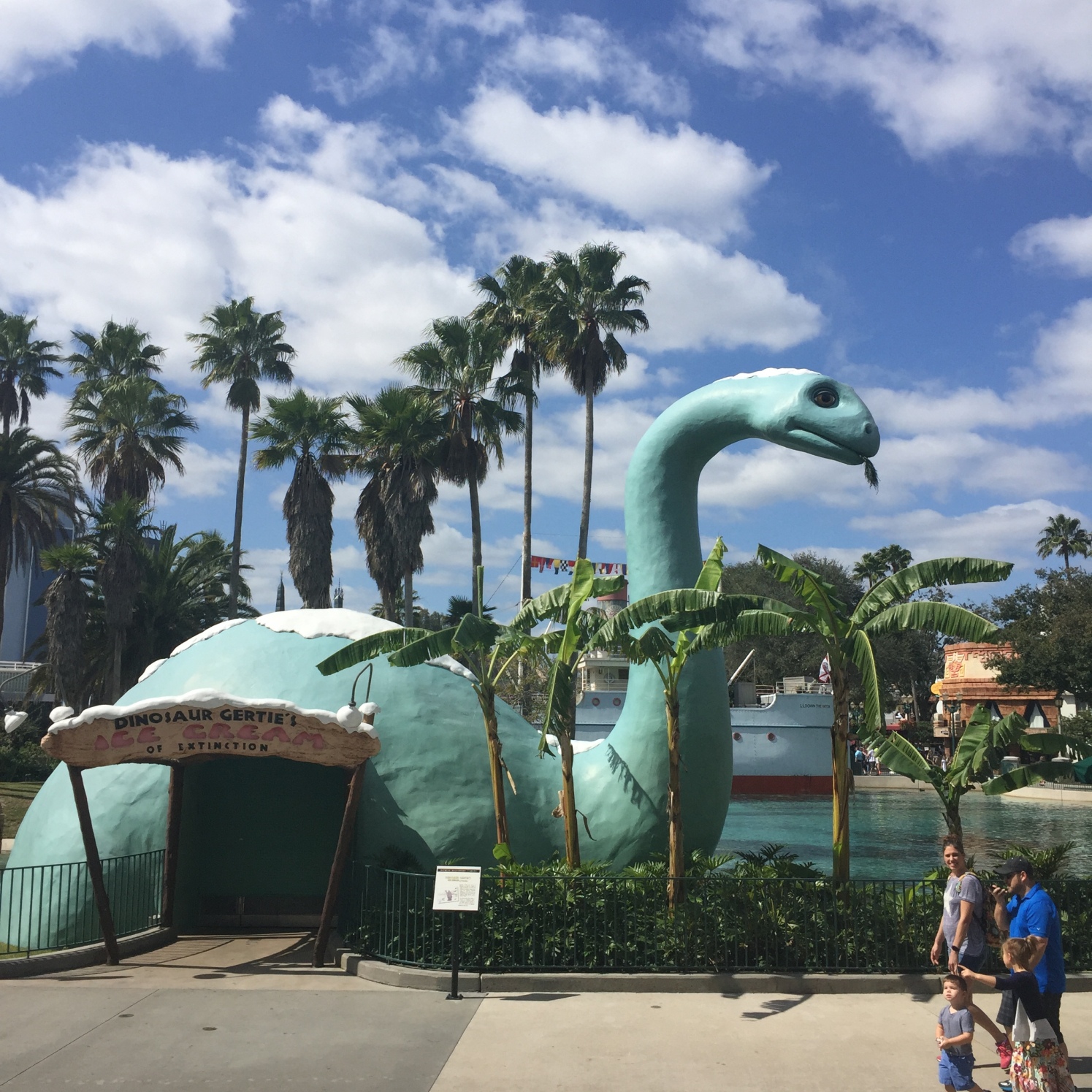 Back in 1914, Windsor McCay, newspaper cartoonist and creator of Little Nemo in Slumberland, had a fun little vaudeville show.  As part of this, he had an animated dinosaur, Gertie, come out on stage and interact with him.  Nowadays this would be pretty simple, but back then, McCay was charting new territory.  This had never been done before and he was teaching himself how to do it from start to finish. 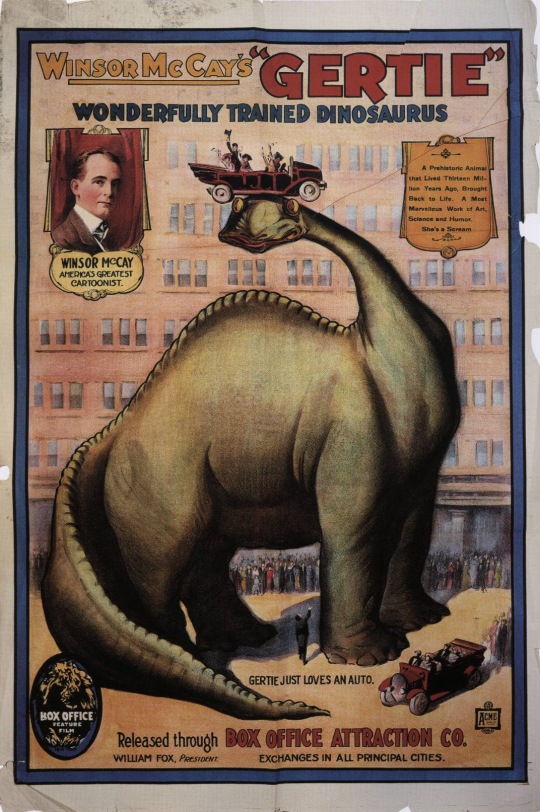 In order to create just five minutes of the act, McCay had to draw more than 10,000 frames.  In the act, he would appear on stage, looking fancy in a tux  and would use a bull whip, as if he might be training lions or tigers.  Then he would order Gertie to lift her leg.  On a big projection screen, the audience would see Gertie do just that.  He would then throw an apple to her and, using slight of hand, it would seem as though Gertie actually caught it.  He would then walk behind the screen, but an animated version of himself would appear and then get on top of Gertie’s head and he would ride the dinosaur away.  As he continued his act, the show got more elaborate.  Check out his efforts below.

The display in the park is actually based on the “California Crazy” architecture idea that big designs attracted customers.  Gertie is made to appear cold as in the 1930’s and 40’s people believed that dinosaurs were killed off in the ice age.  If you watch closely, you might even see steam come out of her nostrils. 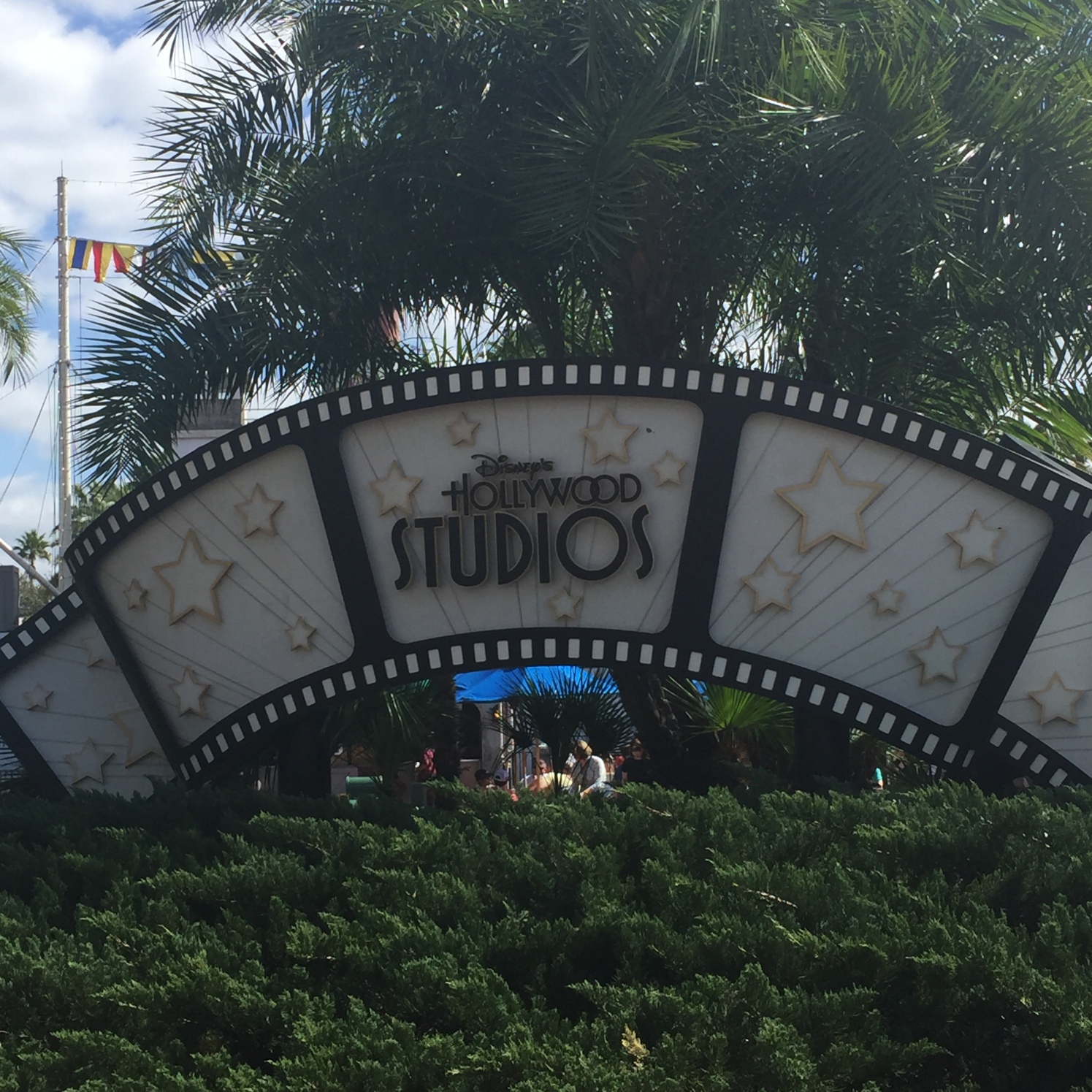 Gertie is considered the first character animation.  She has a personality and a character to her.  If you check out the walkway behind her at Hollywood Studios, you’ll find that her footprints are walking up to her location.  She is located at the lake, representative of where she walks in her original animation.  Gertie was the beginning of animated characters and her legacy can be see everywhere we look.  Think of her as the cartoon that started cartoons.  Next time you swing by Hollywood Studios, be sure to wave Hi to Gertie!