The Adventures of Carl and Izzy

If you’ve ever had the good fortune to move in with someone you share a relationship with, be it a boyfriend, girlfriend, partner or spouse, you know that there is always a bit of an adjustment period.  You have to learn each other’s schedule, what makes each other happy or not so happy.  You have to find places for both your belongings and theirs.  Most of all, you have to learn to compromise when things don’t always go as planned or when you don’t get exactly what you were hoping for.

I was fully aware of all these things when moving in with my partner Carl.  Izzy, my nine year old dog, however did not get the memo.

When we first decided to move in together, Carl informed me that he had plans to train Izzy.  After all, she is not the most well behaved dog.  Sure she is sweet and wouldn’t hurt a fly but she has no sense of boundaries.

She jumps onto any and everyone who comes to the house. 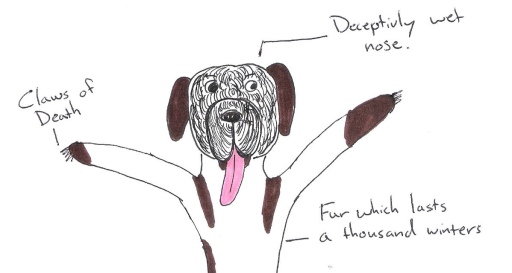 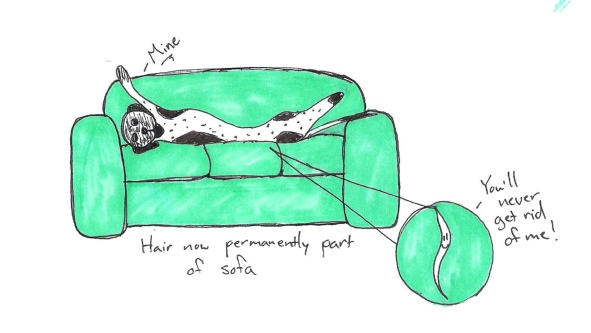 Not to mention, she pulls on her leash so hard you would imagine that lava is approaching from behind. 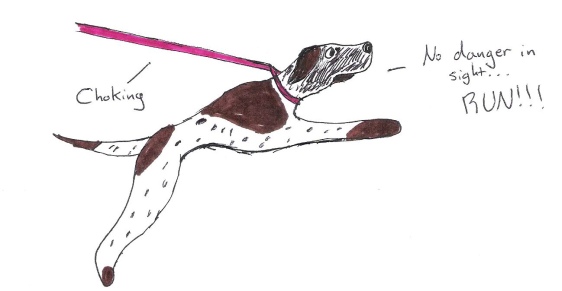 I chuckled at the thought of him training her and left it at that.

On the first day of us living together it became apparent that Carl was in fact not kidding.  He set out to teach her three commands:  Sit.  Stay.  Heel.  At every door leading in and out of the house (there are four, including the outdoor gate) Izzy would be required to sit and stay until told “Okay” by whichever of us was walking her.  She would then be commanded to heel as we walked so that she did not pull.  A simpler man, such as myself would have given up early on in this process but Carl’s super power was the one thing Izzy hadn’t planned for: patience.

Izzy looks at me, trying to understand why nothing is happening.  Still standing.

Izzy waits for treat, assuming she has done a good job.

Disclaimer:  This is all happening at the first of four doors.

As you can imagine, this simple walk took nearly two hours as Izzy was not allowed to pass a door until she had to both sit and then stayed for the duration of the door being opened.

Surely this could not last.

But the next day it happened again.  And the next.  When I would walk Izzy, I would futilely try to execute these commands to no avail, eventually pushing down her butt for ‘sit’ and then holding her in place with my full body for ‘stay’.  Carl just kept at it.

When they would walk, he would say “Heel” and then stop to see if she was paying attention.  Spoiler alert, she usually wasn’t, and once stopped she would often lose track of what was going on, choosing to look up at the sky, so that when he started walking again, she was taken by surprise.  “Izzy, pay attention,” Carl would say, not realizing that she did not understand the words ‘pay’ or ‘attention’ so that all she heard was something like “Izzy, ploorp, bloorp.”  This, as it turns out, means nothing in Dog language and is in fact just a funny sound.

The training went on and on, day after day.  One day I received the picture you see below. 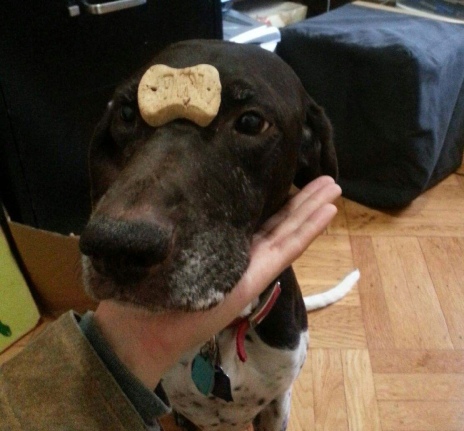 Cute as it was, I did not believe it.  Surely the second his hand moved, she would drop the cookie. Surely he had to be reaching his breaking point with ‘sit’ and ‘stay’.  Who in their right mind would try to add “Don’t move while I place the most important thing in your world, a treat, right where you can see it, but you’re not allowed to eat it.”

I’ll always remember the moment, when at the last door going in, our room’s door, I played the part of “training Izzy” so as to appear a good supportive boyfriend.  I asked Izzy to sit, and she did, and then asked to her to stay, and as I opened the door to the room, a miraculous thing happened.  She stayed.  She looked inside and did not move.  Maybe she didn’t realize where we were, I thought.  Maybe she was having a stroke.  There was only one way to know.  I spoke the words that allowed her to cross the threshold.  “Okay.”  Obediently, she trudged through the door.

Carl had done it.  He’d taken an animal I’d given up training years ago and taught her one little thing that seemed so insignificant yet was so astounding all the same.  My old, ill mannered, no boundaries, sneezes on your food, sleeps on the couch, scratches at the floor for no reason dog, had learned a new trick.

It’s still early and every day is a challenge.  Some days “Sit” and “Stay” are words spoken and obeyed.  Others, I may as well be speaking Arabic.  She does her best to learn though and every day improves upon the last.  Likewise, I am learning to wash my dishes as soon as I am done with them.  I’m learning to put things away in the right spot.  I’m learning to cook for two and to compromise on how the rooms are laid out.  Do I always succeed?  No.  But as Izzy and I have learned this month, a strong relationship isn’t about always succeeding, it’s about always trying your best, even though it can be hard to sit and near impossible to stay.