“I am delighted that you were invited.  Extremely excited to be reunited.”  Truth time.  I originally watched this episode and began to write about it right after it aired, but sadly got caught up in real life and never posted the article.  After taking a couple weeks away, […]

I know what you’re thinking.  Elena airs on Saturday yet this article is hitting all the way on Thursday.  Well, it turns out that a slew of tech issues and very small window of actual time on my hands meant that this one got a bit delayed.  First […]

What the Hair?! – Tangled: The Series Review

I actually wasn’t entirely sure I would continue to write about this series.  I loved the mad for TV prequel to it, but still, I often get bogged down in so many projects on this blog, that adding one more sometimes seems like a big undertaking.  Yet, with […]

The Princess Knight – Elena of Avalor

A couple weeks ago we got an episode that I really loved (though when don’t I love an episode of this show) called Olaball.  In the episode, Elena taught Gabe to play the kingdom’s favorite game, Olaball, in order to impress his father, who didn’t care that he […] 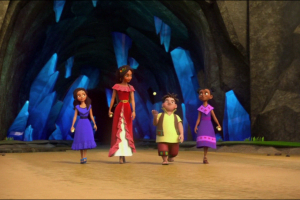 Crystal in the Rough – Elena of Avalor

Hello my Elena-loving friends!  First of all, I want to say a big “I’m sorry” for the late post on this one.  The past couple of weeks have involved every project I do on this blog releasing content so fast I can barely keep up!  That being said, […]

If there’s one thing we’ve learned from the first season of Elena of Avalor, it’s that the team working on this show really knows how to deliver on holiday episodes.  Navidad was no exception, and in many ways actually topped “A Day to Remember.”  Creator Craig Gerber took […]

Elena of Avalor – The Scepter of Light

The last couple of episodes of Elena of Avalor have been pretty awesome.  A Day to Remember was one of the most heartwarming episodes of children’s television I’ve seen in a while, and Royal Retreat tackled sexism in a very family friendly way.  But Scepter of Light does […] 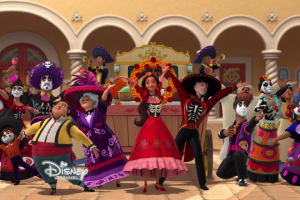 Elena of Avalor – A Day to Remember

After two weeks of waiting, the Dia de los Muertos episode of Elena of Avalor has finally graced us with its presence.  I’ve talked a lot about this show on the blog and there’s a good reason for it.  While there are plenty of princesses out there, Elena […]

To the untrained eye, tonight’s episode of Elena of Avalor was simply the tale of one person who knew what was right while another forced people to do the wrong thing until everyone was finally convinced.  It had the feelings of Free Willy, combined with the maigc we’ve […]