Hello fellow DMKers!  How is the new year treating you?  Have you been well?  Getting plenty of exercise and drinking lots of water?  I certainly hope so.  After getting some time to breathe deep and relax after the craziness of the Snow White event, I am happy to say that hints and tweets have finally started to trickle in for the next update to the game, and thanks to several hints today, we can now all but confirm that, you guessed it LILO AND STITCH IS COM….what’s that?  Oh dear.  My assistant, also known as a giant stuffed Lotso the Bear toy, has just informed me that Lilo and Stitch are NOT coming to the game and that my hopes and dreams mean nothing.  He’s also asked me to stop spreading vicious lies about such things.  What’s that?  It’s Peter Pan this time around?  Aw well, let’s have a look at what might be coming then, shall we?

New characters and game updates go together like High School and Disappointment if you ask me, so let’s take a look at who might be coming this time around, shall we?

Obviously everyone’s favorite flying boy who never wants to grow up will make the cut.  More than anything, I’m excited to see his animations, especially flying and doing his classic rooster call!

Aw Wendy, where would we be without you believing in thimbles and fairy dust and shadows which can get lost on their own.  You’re the glue that holds this whole thing together.  You’ll be joining the party.  I guarantee it. 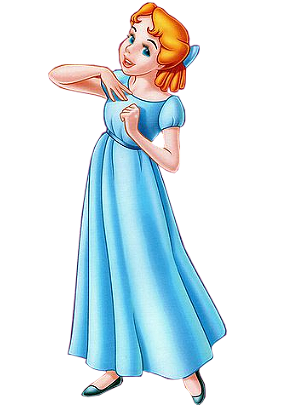 Tinker Bell will surely make an appearance and…oh wait…she’s already there…let’s just move on.  But I should mention I think she’ll make a great start to this storyline, which will bring me to my point later about whether or not this is an event. 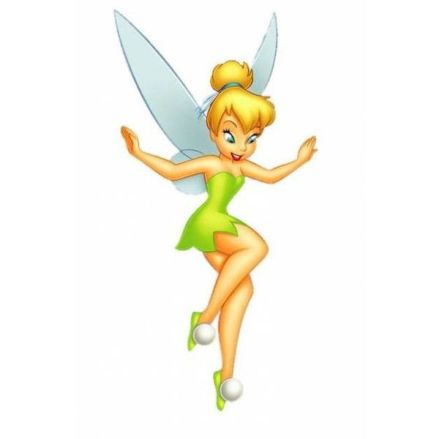 Let’s be honest.  If Captain Hook isn’t in this update then life isn’t worth living.  I will literally feed myself to a crocodile.  And I live in Florida.  That is a very real threat!

It’s time to get into the longshots.  John Darling may very well be added, but he isn’t at the top of anyone’s list.  No one woke up this morning and was like “OMG GAMELOFT!  Please add John Darling to the game!”  No one!  Still…I do like his hat and I wouldn’t mind having a hat stand that sells them…

If John makes the cut, Michael will too.  But I’d rather just have the teddy bear and be done with it.  The more I think about it, the more I think these two might just be useless enough to make it into the game.  After all, we do have a handful of characters no one ever asked for.  *Cough* Roz.  *Cough*

Back in the world of characters I really do want to see in the game, Mr. Smee makes an excellent addition if you ask me.  And he would also be the first villain sidekick we’ve seen to join the Kingdom.  AND he’s just so darn cute!!  Don’t you just want to pinch his adorable little cheeks?  AND if he is in the game, we can finally get that “Hook shaving” animation we’ve always wanted.  No?  Just me?  Okay, moving on. 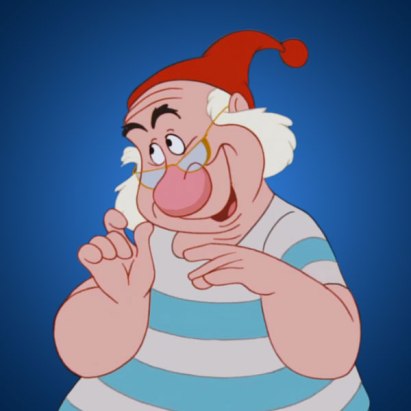 Okay, this one seems not very likely, but how cool would it be to have the Croc running around the kingdom???  And he could have tons of great water related animations.  AND he could tick tock for hours on end!

Speaking of characters we probably won’t get, Tiger Lily is not only racially insensitive at this point, but not even listed on most Disney pages as a character in the movie.  That does not bode well for her making the cut.  Nevertheless, she’s fearless and totally deserves to at least be remembered, if not necessarily added to the game. 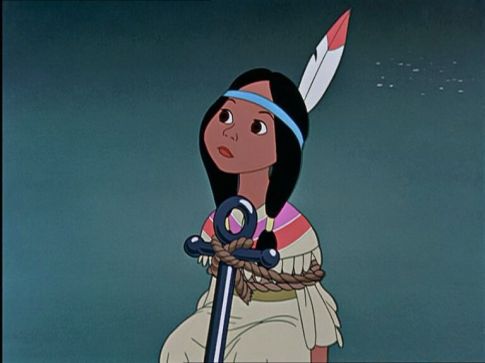 It’ll never happen.  Perhaps we can all imagine he’s off hanging with Kaa, Jack Jack and the other characters who will never be able to “Make a Sandwich” for hours on end. 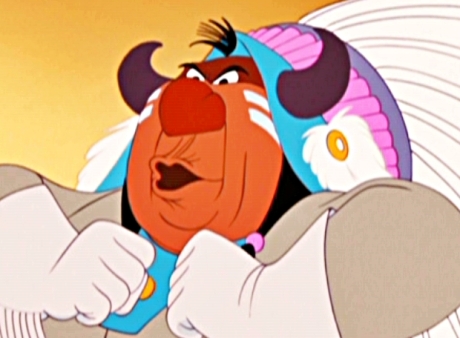 Any of the Lost Boys

I would just love to welcome the Lost Boys.

But more than anything, I would love to welcome Disney World’s version of the Lost Boys.  Swoon!  I’ll take one of each please!  What do you mean they aren’t part of the Disney Dining Plan??? 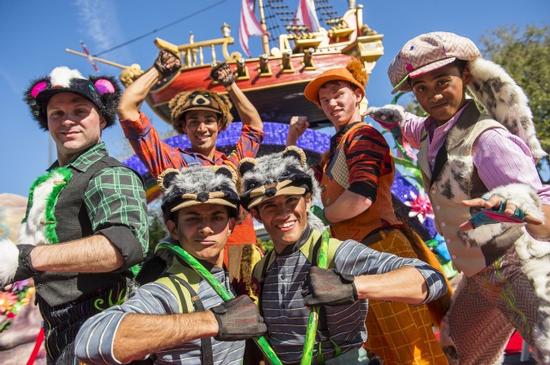 As far as new rides, I expect we’ll get a few that are made up by the devs, but we will for sure be getting Peter Pan’s flight, a classic not only at the parks but in my own life.  It’s where I got engaged! 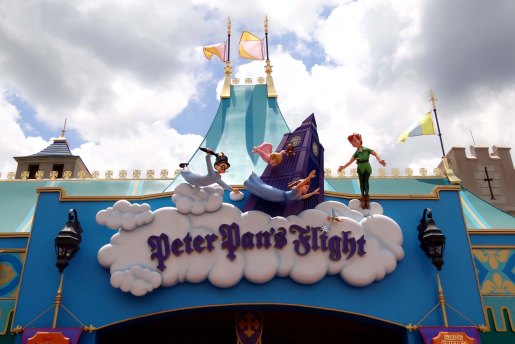 Alright people, let’s talk about that big question that’s on our minds.  Will it be an event or not???  I want to make the case for saying that it won’t be.  I know everyone always says it won’t be and that they don’t want it to be, but in this case, I think we have some pretty good reason to believe that this will be main storyline stuff.

For starters, Tinker Bell is already in the game.  To have some Peter Pan characters be part of an event while others are not seems very weird to me.  I just don’t see it.  I also think that Tink works as a great way to introduce this as part of the storyline.  I also think Peter Pan works as an EXCELLENT reason to open up my next big prediction for this update…

That’s right.  Not only do I think we could get new land, I think we could get, DRUMROLL, ADVENTURE LAND!!!  After all, there is a Pirate Ship that can be seen at the corner of it.  I think it’s just such a good opportunity to give us that last land area.  Now I could very much be wrong, but given the signs and the fact that Peter Pan is so pirate heavy, it just makes a lot of sense.  And speaking of pirates… 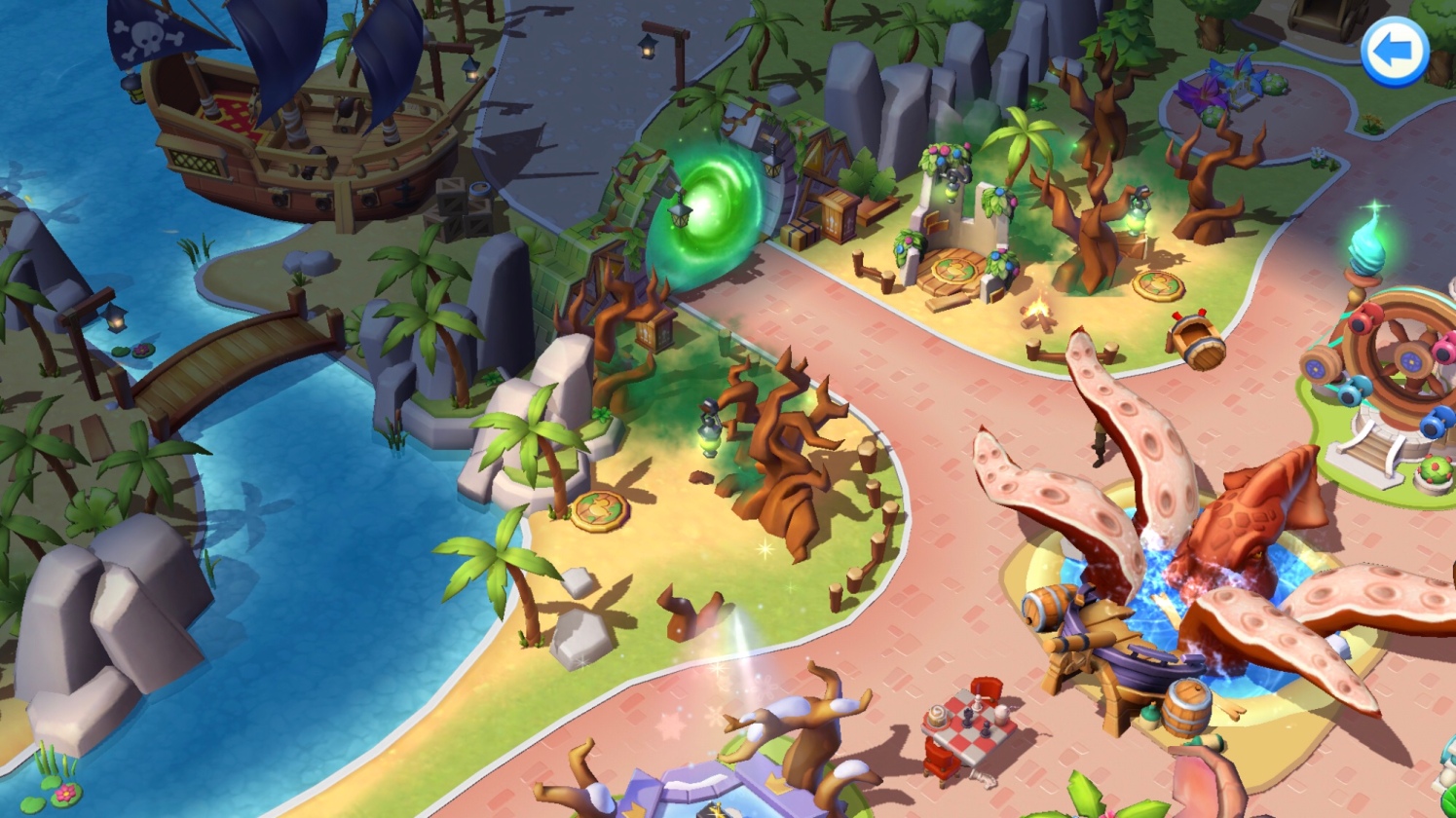 IF we were to get to open Adventure Land and IF this was main story stuff, is it possible that the Pirates could FINALLY be able to level up to level 10?  I think it would be great to finally give them this chance and to fix my OCD which can’t comprehend them being stuck at level 6. 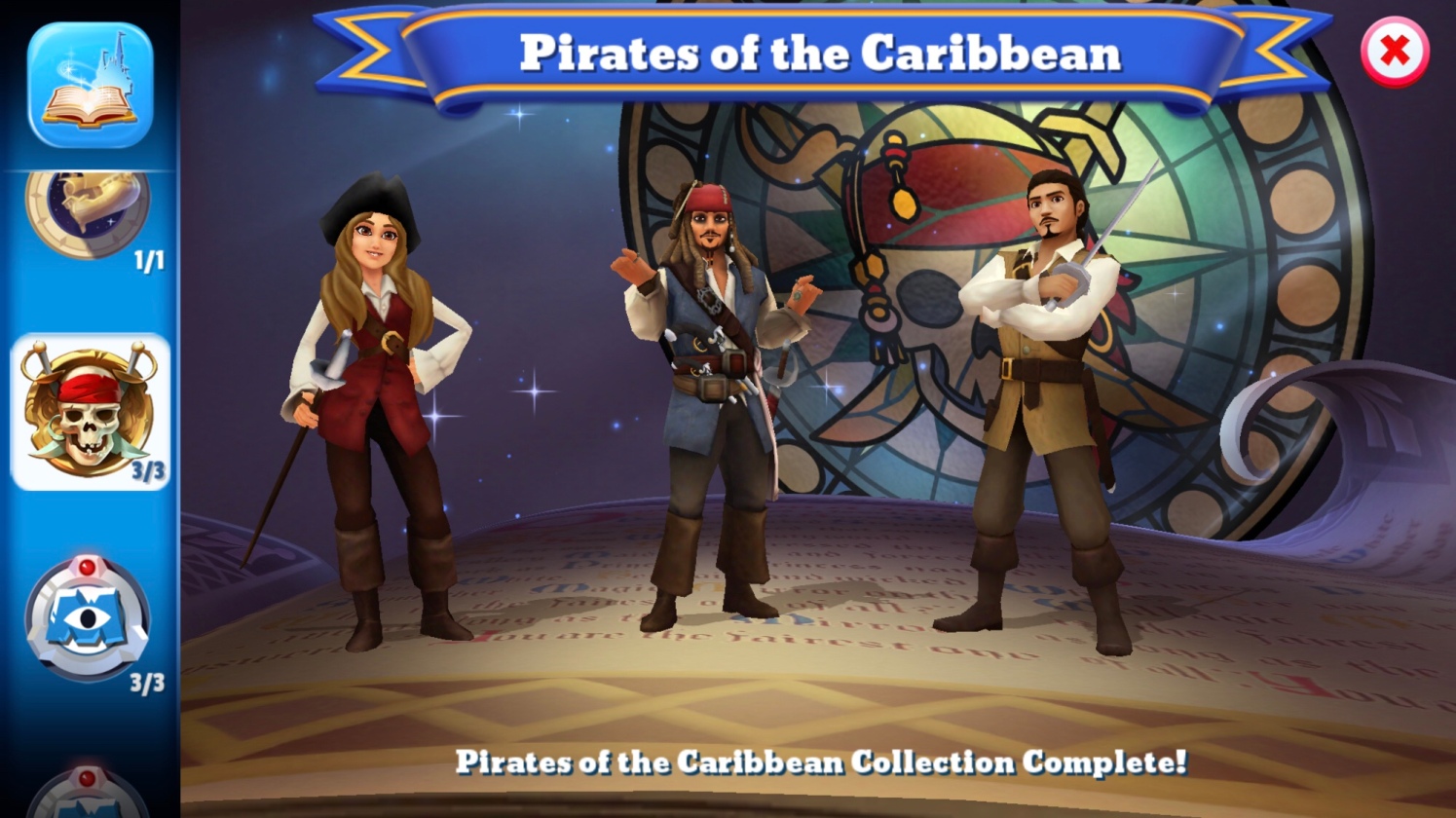 So What Do You Think?

Those are my crazy thoughts and predictions for the update.  We’ll find out more on Friday.  I will do a livestream recap that day, but it will be late as my Mom is coming to town and we’ll be partying at the park.  Make sure to follow me on IG and Facebook for more updates on our adventures.  And of course, let me know your thoughts and predictions in the comments below!!!