Another Livestream.  Another day.  Today we got our first glimpse of the Snow White Livestream and wow what a doozy it is!  9 characters you guys!  NINE!!!  That is one more than eight and one less than 10 for those of you not in the numbers biz.  This looks to be a crazy big Christmas event, which is great since I’ve been needing a good reason to play since Animal Crossing launched a couple weeks ago.  That being said, let’s jump in and take a look at everything that’s new and different in this update! 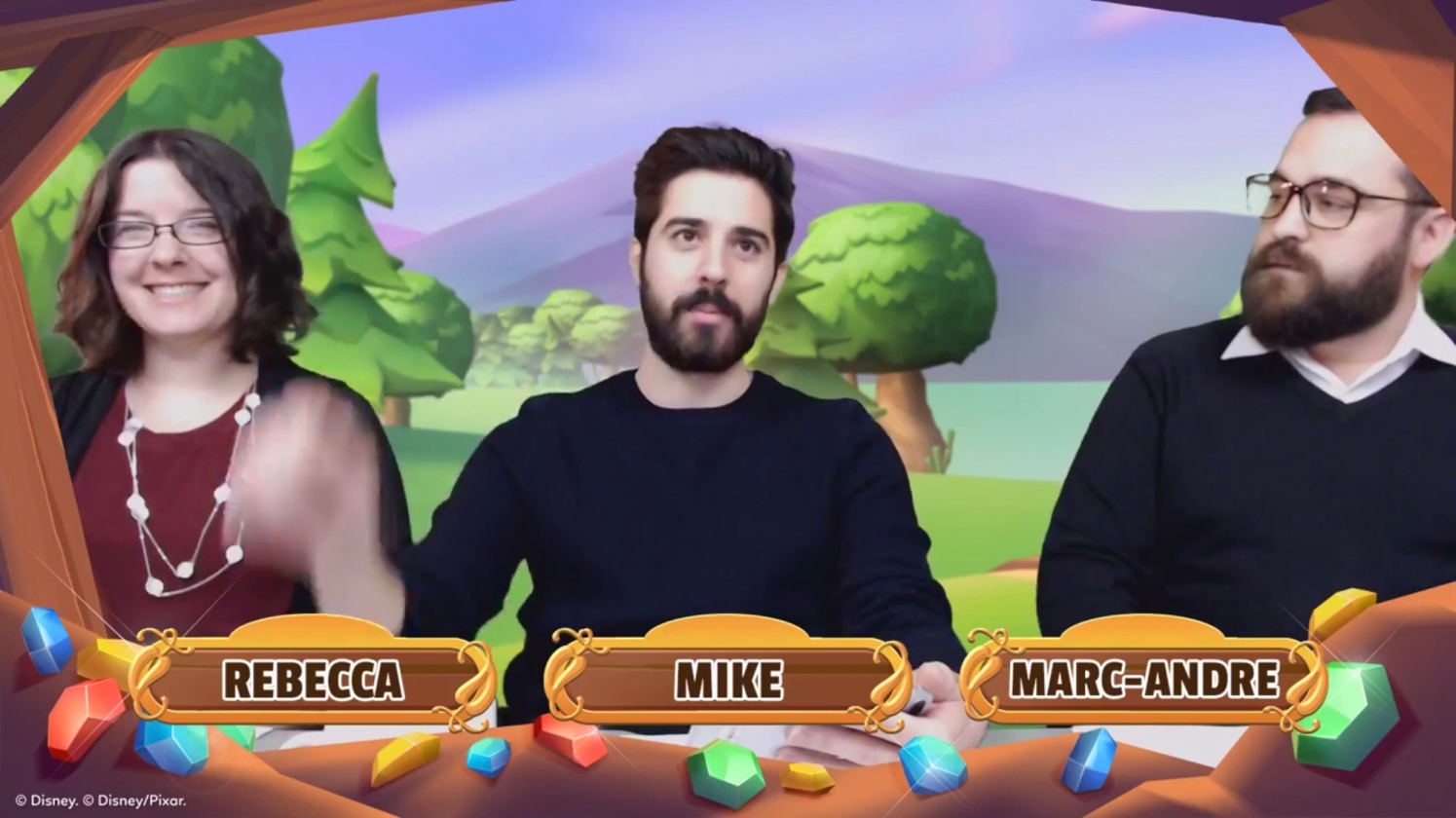 As we guessed, we will now be able to welcome Snow White, all seven dwarfs AND the evil queen in a brand new time limited event!  Holy cow that is a lot of characters.  It also looks like three of these will be gem characters to make sure to save up starting NOW! 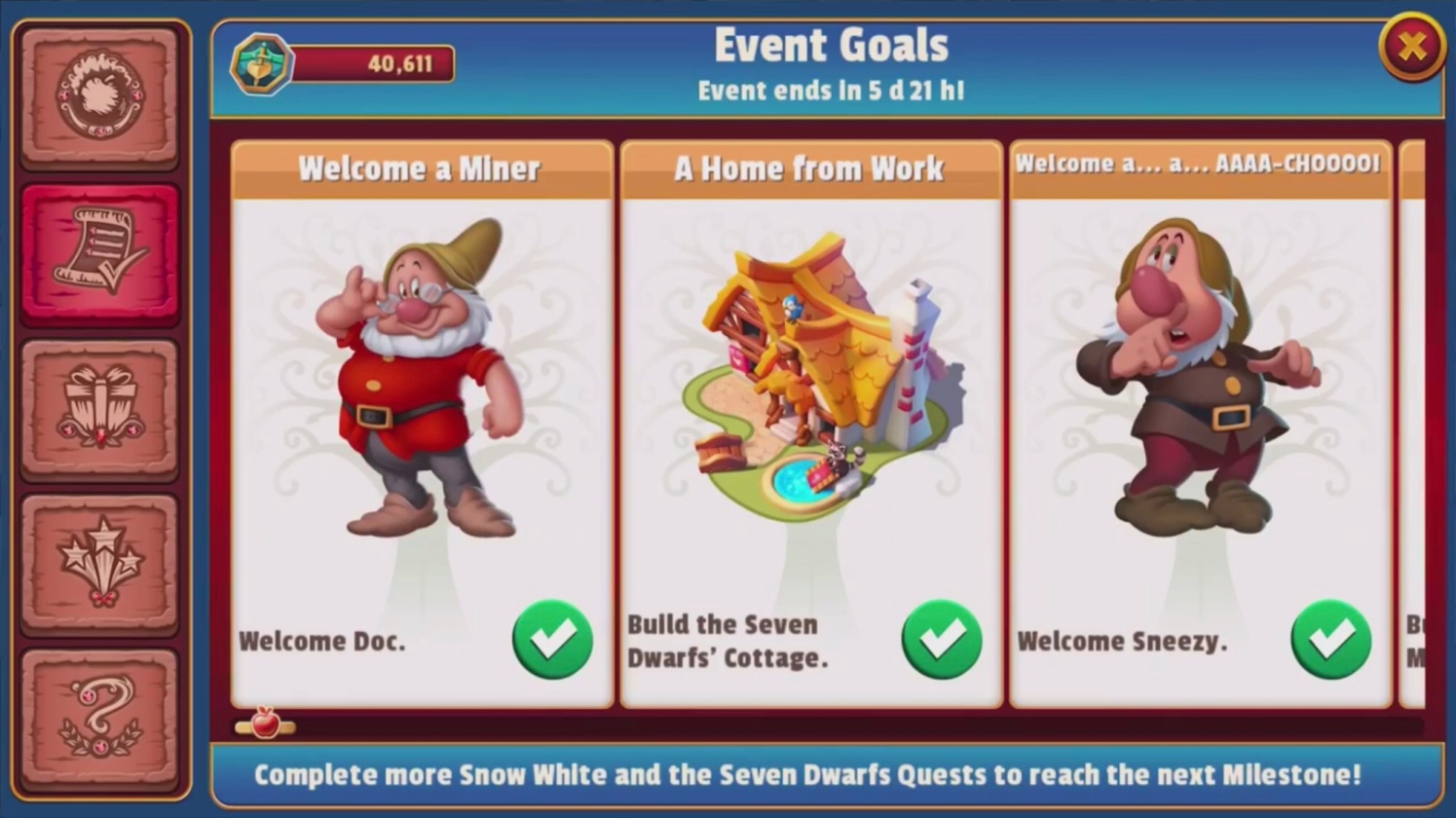 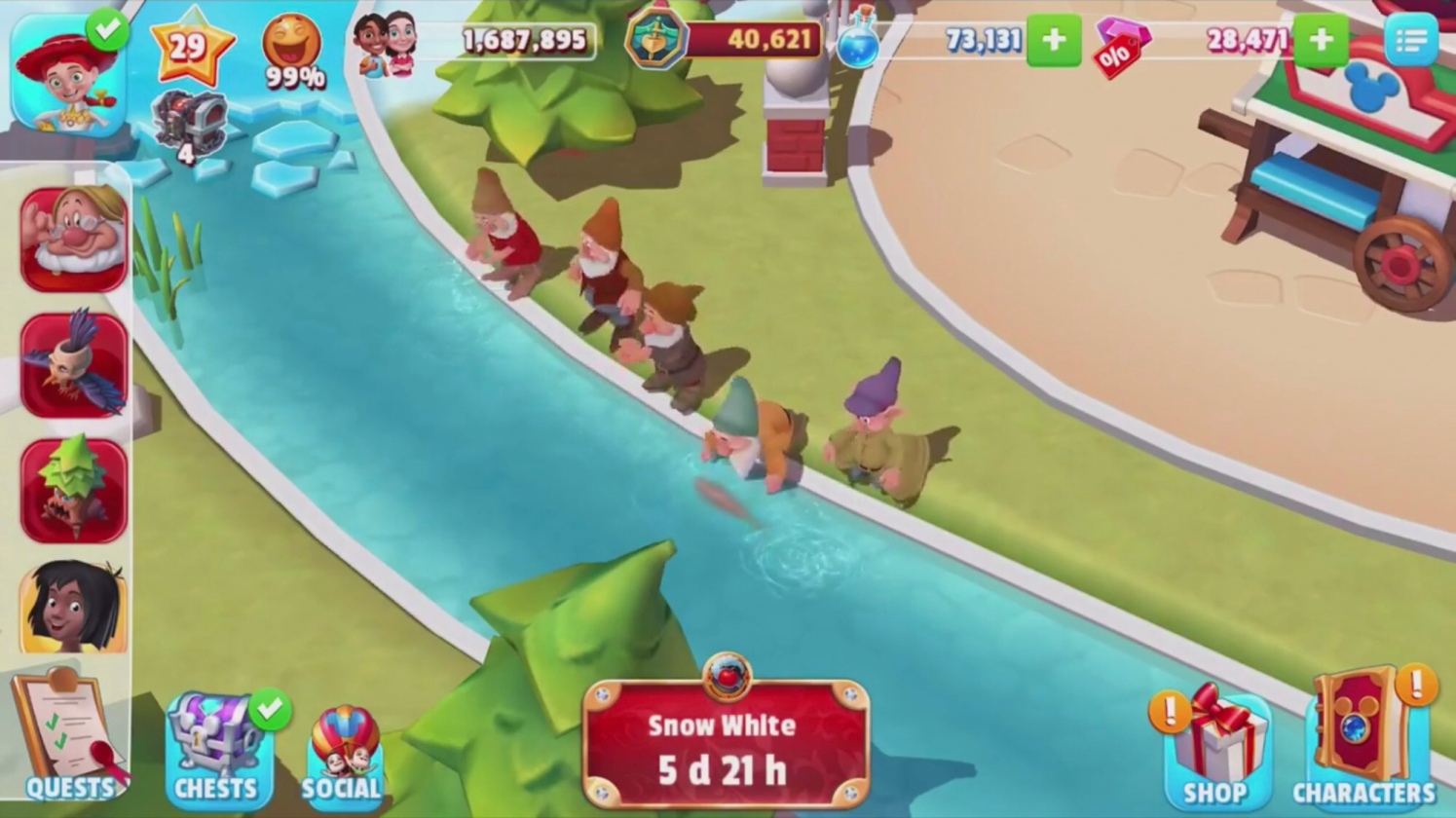 Interestingly, Grumpy will be a special character which will be earned through special chests.  Participating in events AND logging in every day will help you to gain tokens for Grumpy as well as purchasing special chests.  He helps with plenty of tokens and is a very special character so you’ll want to get him as soon as you possibly can.  He seems to be the key to completing this event quickly and in time.  This seems to be the biggest new thing in this event and I imagine that it will be quite derisive to players and anyone who remembers the Prince Charming chest debacle of last year.  Grumpy CAN be gained both free or through purchase.

There are plenty of new attraction and concessions which are Snow White Themed and I’m sure everyone will be working to get all of them and then tightly fit them into their kingdoms.

Cheer away!  You can now open a new land in Fantasyland!  I’m sure that will be filled faster than Sleepy can take a nap.

No event is complete without being able to grab a new float to add to your parade. 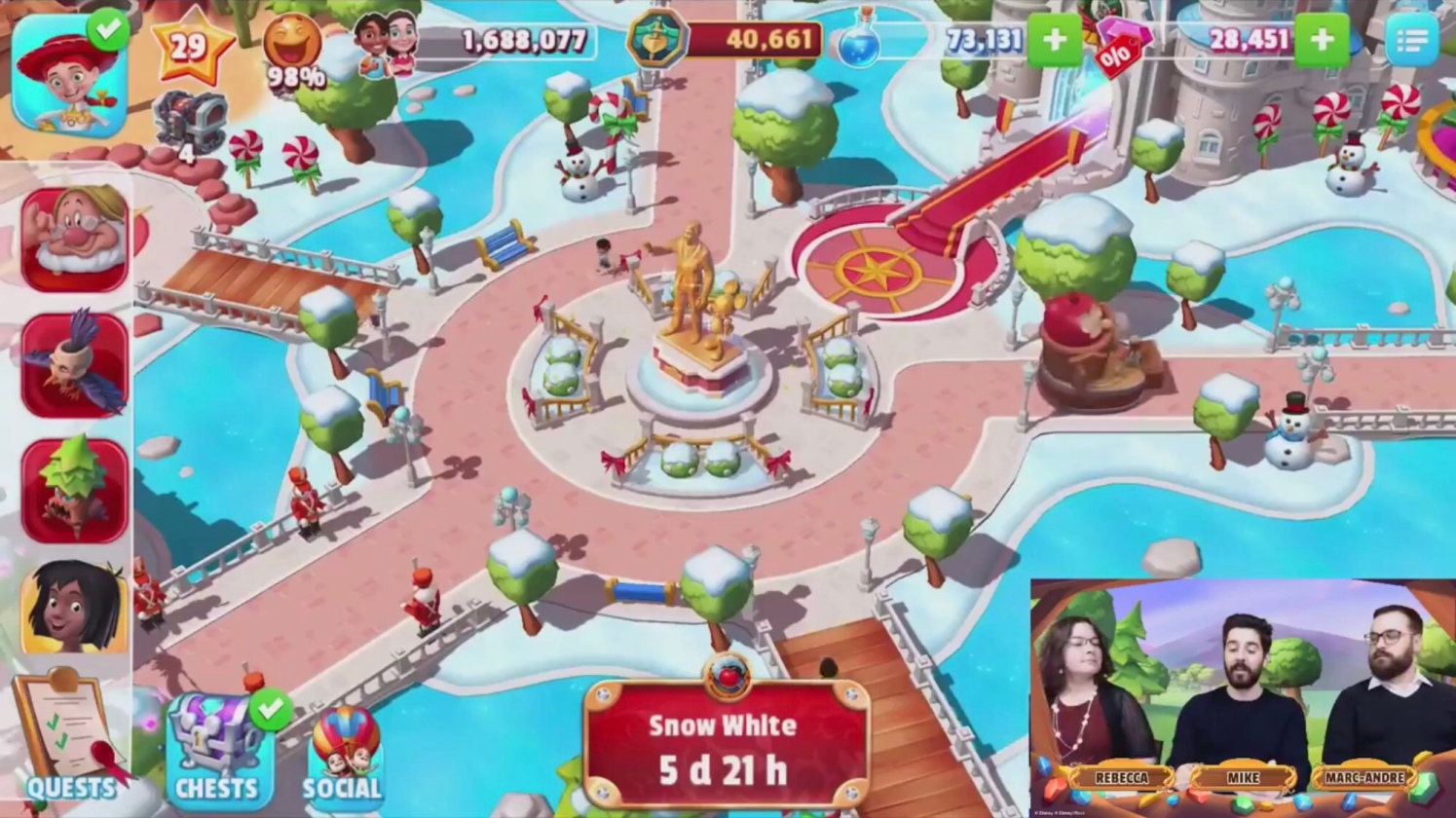 The Kingdom is done up for the holidays to look absolutely fantastic.  This will look familiar for those of you who were around for last Christmas but it ever gets old for me.  It just looks so fantastic!!!

Easily one of the top two most requested things in this game ever is being able to store characters.  With this update, that desire is finally a reality.  You can now send characters home, which means that they are stored for the time being.  While stored, these characters will earn you rewards so that they aren’t completely useless while in storage.  You will also still be able to work towards character tokens while they are in storage as well.  Then, when you are ready, you can bring them back and collect your rewards for sending them home for a short time!  Seems like a pretty great addition to the game if I do say so myself!!  Who else is excited?

That’s it for my livestream recap?  How are you guys feeling?  Excited?  Not so much?  Let me know in the comments!