This is a work of fiction and is not to be sold in any way shape or form.  It is simply for my amusement and the challenge of writing these characters in a strange and dangerous world.  All the characters are owned by Disney and I do not claim ownership of any of them.  Please let me know what you think in the comments below!  Without further ado, welcome to The Kingdom.)

If you have not read the previous chapters, HEAD HERE! 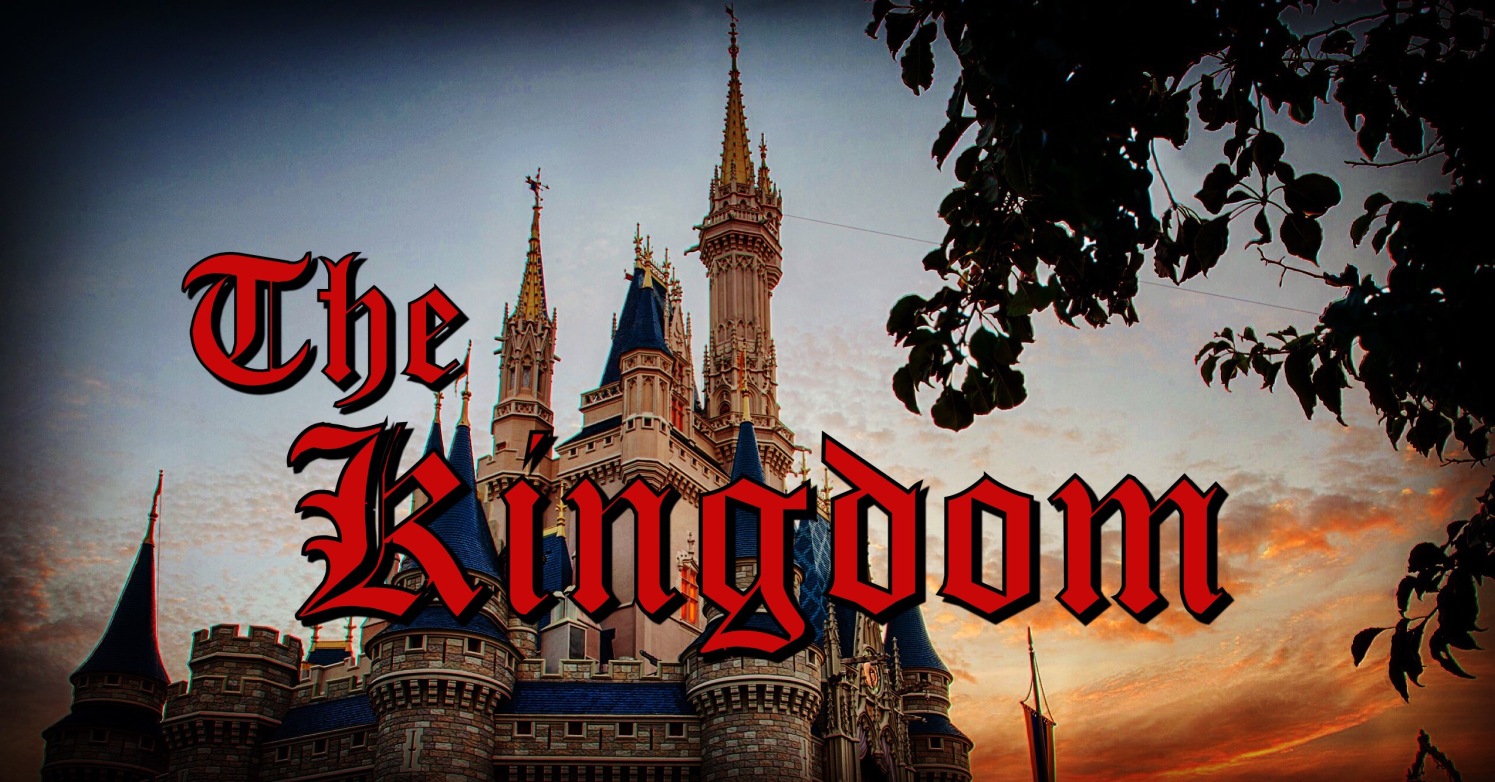 A hand reached into the black bag and pulled him from it, quickly placing him into a small cage, the type used for trapping rats. As the room came into view, Jiminy could tell that he was in a very dark place. Only a small shaft of light came through a window behind him, presumably being cast by the moon outside. It was night, and as his eyes adjusted, he could just make out the handful of men and other animals which stood on two feet standing all around the little cage, which was propped up by something from below.

From the shadows in front of him, a familiar face stepped into the light and gave a wicked grin. “Aw laddie,” said Scrooge. “Your friends made a wee error.” He paced in front of Jiminy. “Could’ve just handled this on our own, but they had to get the whole town in an uproar. Now I can’t even get a wee bit o’ sleep.” He stopped and sneered at Jiminy. “I don’t like not sleeping.”

“I-I don’t know what y-you’re talking about,” stammered Jiminy, going to the bars of the cage and grabbing hold of them. “I d-don’t even have any f-friends.”

“Hm,” said Scrooge, approaching the cage. “You know what I hate even more’n not sleepin’?” He paused for an answer as Jiminy shook his head. “LIARS!” He slammed a wing down on the cage, causing Jiminy to fall to the cage floor as the metal rattled all around him. He noticed now that the floor of the cage was actually quite soft due to the fact that it was covered in yellow strands of hay. “The whole bloody Kingdom is searching for you, and that does not not bode well for a businessman such as myself.” He took a few steps away from the cage and let out a heavy sigh. “That leaves me with only one option.”

A weasel, standing on its two hind feet, walked out from the shadows, and as he did, he lit the end of a long stick with fire. Within seconds, the whole top of the stick burst into flames, becoming a torch.

Jiminy could feel his heart racing. The torch lit up the room so that he could now see several men and animals standing around the cage, all of them staring silently, waiting for the inevitable.

“I’m only safe if no one ever finds you,” said Scrooge. As he turned to look at Jiminy, he could just make out a faint black smoke which rolled off of Scrooge’s face, as if coming from his eyes. It was like a darkness and Jiminy was sure he had never seen such a thing before. “Roast him.”

The weasel started towards the cage, the fire burning brightly from the torch in his hand. The flames rolled off of it, releasing small embers into the air.

“No,” said Jiminy, backing away from the cage bars. “Don’t. I don’t know what you’re talking about. I don’t have any friends. Please. Don’t do this.”

“Sorry little cricket,” said Scrooge, who did not seem at all sorry. “But this is the way it has to be.”

The weasel raised the torch up, the embers flying into the cage. Jiminy leaped this way and that, trying to avoid them. Then, all of a sudden, the fire was gone. Everything went dark and there was the sound of wind rushing around the room.

“What’s this then?” Scrooge exclaimed. There was the sudden sound of a man screaming and then another. “Men! Light your torches!” Several torches went up, illuminating the room. There were more henchmen than Jiminy had initially thought. Standing at the center of the room was a dark figure with the eagle mask. Smoke rolled off its body as it pointed its two blades out at the surrounding men.

“Oh, this must be my lucky day,” said Scrooge. “I’ve heard much about you, your Majesty.” Scrooge grabbed a torch from the man nearest him and swung it angrily at the figure. The figure parried the attack with one of its swords and then leaped across the room, knocking down another one of the men. “Get him!” yelled Scrooge.

Chaos broke out in the room as several men went running for the figure. The shadow was fast though. It would slash at one man, then leap across the room before another could attack. One by one, the men were falling to this creature who was half their size.

Jiminy smelled the air and suddenly had the sense that something very near was on fire. He turned from the cage wall to see that the hay had been set aflame by one of the stray embers. He went to blow out the fire, but this only caused it to spread further. He backed away, trying to stay as far from the flames as possible, but the cage was only so big and the hay was dry and bent to the fire’s will.

Outside the cage, the shadow was having a hard time dealing with so many henchmen as they seemed to keep coming. Jiminy watched as Scrooge crept up behind the shadow, who was fighting five men at once, expertly wielding the swords. Scrooge pulled back the torch, ready to strike. The shadow didn’t see him there.

The glass window allowing the light of the moon in, shattered and glass rained down all around as a fully armored guard from the palace dropped into the room. He held a magnificent shield in his right hand. It was a perfect circle with red and white stripes and a star at the center of it. The guard slammed down on the floor and then immediately threw the shield like a disk, which careened towards Jiminy’s cage. Jiminy covered his eyes as the shield slammed into the cage, launching it straight towards Scrooge. As Scrooge brought the torch down, the metallic cage collided with him, knocking him backwards. Jiminy spun through the air until the cage crashed onto the hard ground, breaking into several pieces. He ran, trying to not give into dizziness as he fled the fire.

The shield flew back into the guard’s hands and he threw it once more, knocking several henchman to the ground as it ricocheted off of them. It was an all out brawl now as the guard and the King fought back the never ending string of men with swords, torches, and axes. Metal pounded against metal. Jiminy spun around to see Scrooge hefting himself off the floor, looking bewildered at what had transpired.

From outside, a low trumpet bellowed. Everyone stopped mid-fight. The trumpet bellowed once again. Suddenly, all the henchmen took off in every direction, fleeing from the scene. Scrooge simply stood laughing to himself. Black smoke rolled off of him as he glared at them.

“Looks like you three are too late,” he said.

“What are you talking about?” Asked the mechanical voice of the hooded figure.

“The darkness is here yer Majesty,” he grinned. “You’ll all be dead by morning.” With a puff of black smoke, he disappeared. The guard pulled off his helmet, revealing a face Jiminy knew all too well.

“You saved me?” Jiminy felt as though he might break down in tears.

“The King’s alive,” said Goofy who was realizing that all the hatred he’d held onto for Jiminy for so many years had been misplaced. “It’s the least I could do.”

“Come on,” said the hooded figure. Together, the three of them exited what Jiminy now realized was an abandoned Blacksmith’s shop. Outside, screams of terror could be heard all around. They looked out towards the sea where a black cloud could be seen approaching the harbor. It looked menacing in its slow crawl.

“Get to the palace,” said the cold voice. “Protect it at all costs.”

“But your majesty,” said Goofy. “We need to help the people.”

“You need to protect the palace. If it falls, all is lost,” the figure cocked its head, making the eagle mask appear as though it was thinking. “I’ll help the people evacuate and then meet you there.”

“As you command,” said Goofy. He nodded to Jiminy who leapt up to the dog’s shoulder. Together, they headed up the hill towards the castle. As Jiminy looked back, he watched the hooded figure disappear in a puff of black smoke. Perhaps the King was not dead, but he now realized an awful truth. Whatever evil had consumed Scrooge, it was just as present in the King; the shadow. Darkness had come to the Kingdom this night and, Jiminy feared, many would not live to see the dawn.

Read the Next Chapter