A few months back now, while looking for new music to write to, I happened upon the new album “Blue Neighborhood” by artist/performer Troye Sivan.  At the time, I had never heard of this child actor, youtube star and singer but one listen to his album had me hooked.  Singing self-proclaimed happy-sad songs, Troye has a way of capturing the insecurity and excitement of youth and growing up and anyone who knows my writing knows that I love a story about growing up.  More than that, I was enthralled by the fact that Troye is an openly gay young men.  In my line of work, I’ve met a lot of actors, actresses, performers, writers and artists who are downright afraid of their sexuality.  “I won’t get hired if they know I’m gay.”  “They won’t look at me professionally if they find out I’m married.”  The list goes on, but Troye’s confidence and self awareness was inspiring, so imagine my excitement when out of the blue I was invited to his concert.

We were actually invited by one of the employees at Webster Hall, the concert venue where he would be performing, and as such, we got to sit in the VIP area which was very cool.  It’s amazing to watch not only the performer, but also the audience as they surge left and right and forward trying to follow the performer they love so much.  Everyone was super excited as we headed up the stairs and one little girl, who had recently broken her leg went to hopping up the stairs proclaiming “Anything for Troye Sivan!” 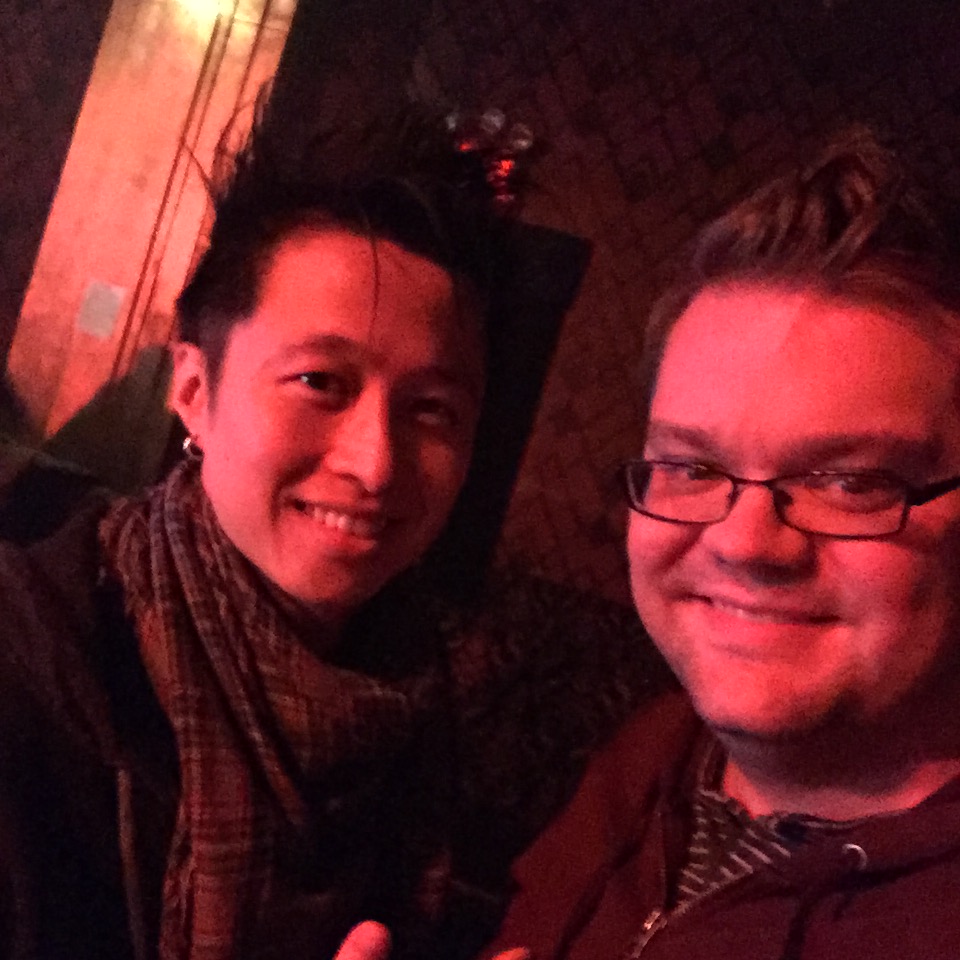 We were also very excited.

The opening band was a group called LANY, who I’ll admit I’d never heard of but I’m so glad we got to see them.  Their lead singer was great, playing to the audience and even borrowing a lucky audience member’s phone to make a self taped music video for her.  It was really cool to see a newer band working the crowd and getting people excited about their music.  Often times, I think newer creators have a hard time finding ways to get audiences to give them attentions, but these guys knew what they were doing and they did it all with big smiles on their faces and a passion for their music.

Opening act complete, Troye started his show and the crowd went wild.  Knowing him as a youtube personality as well, it was great to see a lot of his personality come through.  He talked about how one song was inspired by his coming out experience as well as how much he loves the Mac N’ Cheese in New York City.  He’s a big Mac N’ Cheese fan.  Every song had a ton of heart and soul in it and he constantly thanked the audience and talked about just how humbling it was to play to a great crowd.  Not to mention that he’s great live.

If it sounds like I’m a fanboy, it’s because I am.  To see what this talented young man has accomplished by age 20 is astonishing and really shows that you can be yourself and still be successful.  Troye is quirky and silly and not always confident but he channels that into an art form and sings about it in songs that so many of us can understand.  At one point he asked anyone who was LGBT in the audience to raise their hands, and I kid you not, a good 90% of hands went up.  It’s great to see someone garnering this sort of attention to a diverse crowd, but also finding a place in mainstream media.

Listen, I know that everyone has varying music tastes, and I’m not asking you to love him because I do, but just to understand that music is so powerful.  I am so grateful we got the invite to his show and it was wonderful to watch one of my heroes perform.  You can check out his newest music video below and decide for yourself.  As a side note, we were humming this one the whole way home.  Thanks Troye, for putting on a great show.