We’ve gone back and forth over the last month as to what our Disney plan would look like, and for the past month, it hasn’t changed.  We would go to Magic Kingdom first, then Hollywood Studios, then do one day that would include Animal Kingdom in the morning and Epcot at night.  The more I thought about this, the more problematic it became.

So many parks! So little days!

For starters, I’ve only ever been to Magic Kingdom and only once.  This meant that while I could probably navigate it pretty well at this point, the other parks might prove more of a challenge.  If you haven’t guessed from reading this blog, I’m someone who loves to take photos and analyze things.  I love talking to cast members and asking them about their favorite rides, which route into the ride is best to take and how things work.  That means that if I’m rushing around trying to do everything in three days, I might miss out on some of the magic.  I also want my mother to fully enjoy everything and while we’re plenty used to speed walking here in NYC, I didn’t want to enforce that on her.

Finally last night, after reading several fellow bloggers who said that to try and do AK and Epcot in one day was only possible if you were willing to plan a route and run through it, we decided to do four days, instead of three.  So here’s the breakdown.

Magic Kingdom is by far the park that is open the longest and as my mother has never been to any of the parks, I think it’s only right to start her off big.  I’m sure Epcot and Hollywood Studios are neat, but I can’t imagine that anything quite beats the feeling the first time you see the castle in person.  Also, the Wishes fireworks show brings me to tears just thinking about it, so I know it will be a great way to start off my Mom’s trip.  I’m also excited for her to experience some of my favorite rides, including Space Mountain and Big Thunder Mountain.  Last time we went, we didn’t do many of the shows, but I’m hoping that this trip we take the time to slow down and see some of the shows throughout Magic Kingdom.  I’ll for sure be taking her to the Laugh Floor as that was one of my favorites.

I’m not blogging about the parks’ history yet, but when I do, you better be sure we’re gonna talk about this amazingly perfect park design.

Now we’re getting into territory that I don’t know much about.  That being said, I’ve heard the rides here are a lot of fun and I’m excited to see all of the Pixar, Muppets and Star Wars stuff.  This will also be a fun day as we will be meeting some friends that we’ve made through the awesomeness of sharing this blog for the very first time and having dinner with them.  All and all, this is the park I’m least excited about, but I think that’s great because that means it’s the one that will blow my expectations out of the water. 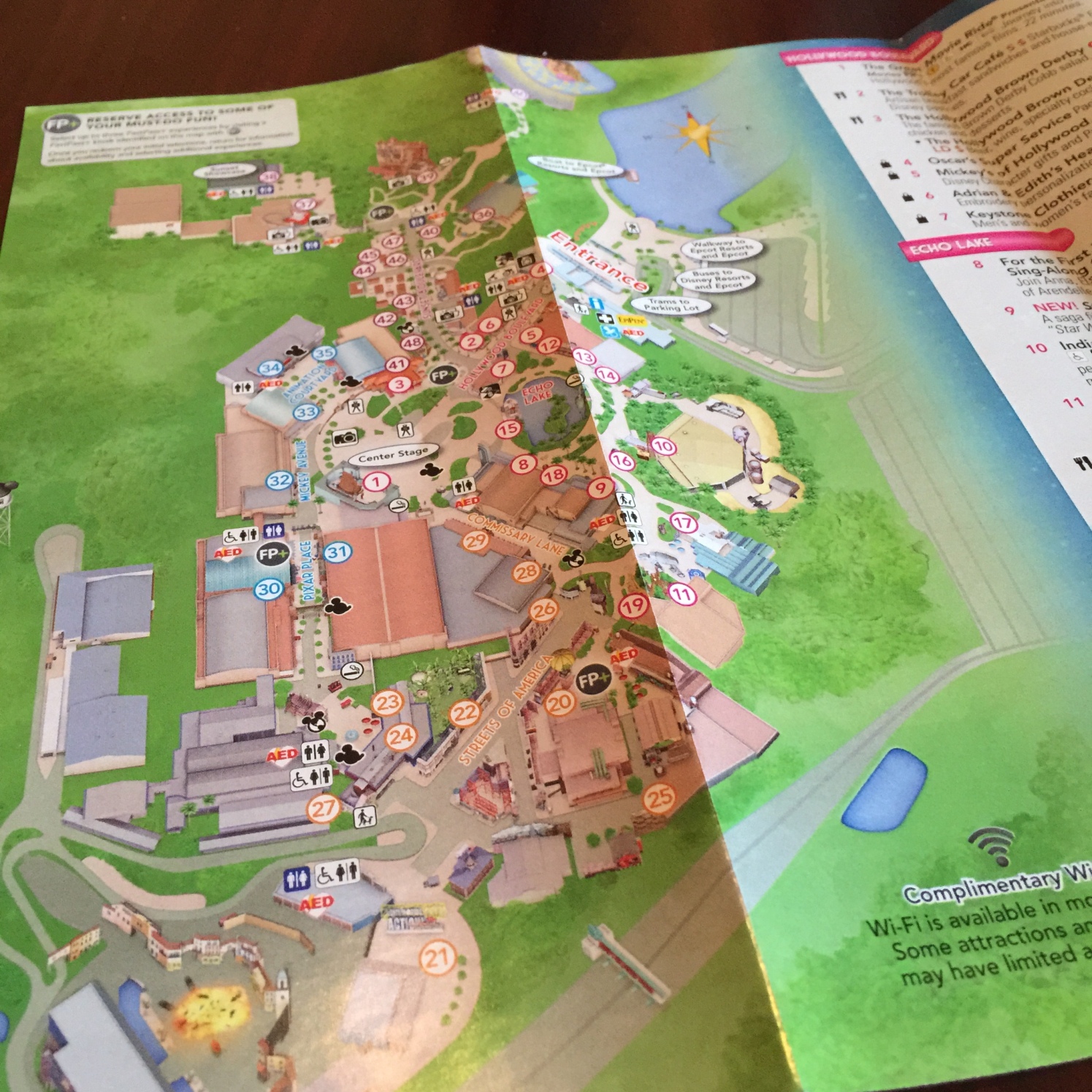 We’ll be taking a day off and then heading back to the parks to enjoy Epcot.  The more I read about this park, the more I realized that it would be a shame to try and do the whole thing in just half a day.  I am happy to report that that is no longer the case.  I’m excited to travel the world and take in the different sights and sounds.  I am also hoping to check out the Figment ride as I was a big fan of the Figment comic book by Jim Zubb.  And of course, we can’t deny the chance to take a picture with the Magical Orb of Awesome.  (That’s what I’ve decided to call it)

Welcome to the World’s Far, and Walt’s Dream for a park which embodied the idea of the world working and living together for a better future.

There was a moment on our last trip where we almost went to Animal Kingdom instead of Magic Kingdom.  While I’m glad we didn’t go that route, I am happy that I will finally get to see the Tree of Life.  I’ve been excited for this park for a while now, probably due to my immense love of animals.  I’m also hoping to see Rafiki and maybe take some pics with Tarzan…because of reasons.  This is also a park my mom said she’d be very interested in during our interview so I’m glad that we’ll be giving it a bit more time than we had planned.  I also can’t wait to ride Expedition Everest.

Olaf is also excited for this one.

So that’s the plan.  I’ve been reading all about the parks so that I have a good idea of what we should do and see.  If there’s something you can think of that’s totally awesome and we just can’t miss, let me know in the comments below!