Stop everything you’re doing!  Put down that fork!  Stop watching TV!  Sir stop doing…well whatever you call that dance.  Listen up.  A new Disneyland is coming to Shanghai and looks amazing.  Ever since the first Disneyland, Disney parks have worked to create experiences unlike any other and this one looks to be no different.  With the announcement that the park will open on June 16, 2016, I felt it was time to take a closer look at this accomplishment in Disney awesomeness.

Welcome to the NEW happiest place on Earth.

What I think strikes me the most in reading about Shanghai Disney is not only the dedication to making a Disney park that is as amazing and possibly more amazing than the others before it, but also to the fact that the team is so dedicated to creating an experience that is unique to the culture.  They want you to know when you enter that you are not only in Disneyland but that the Disneyland you are entering is uniquely Chinese.  At opening, the park will have several rides, tons of shopping and two hotels available.

Philippe Gas, general manager of Shanghai Disney Resort said in a statement released last week:  “We are extremely excited to announce our opening date of June 16. Both shareholders and the joint venture board of directors agree this is the optimal time to welcome our first official guests to the resort.  Shanghai Disney Resort celebrates China’s rich heritage and is the result of years of partnership and innovation with contributions from our talented Cast Members and Imagineers, as well as thousands of artists, designers, construction workers and suppliers from across China and around the world. Our special thanks go to the joint venture shareholders and the local government who provided tremendous support to the project along the way.”

Let’s get to know the park.

Sounds amazing as always.  The park is apparently finished with construction and is now starting to hire additional cast members to add to a team that is already over 2,000 strong.  The park will be complete with six themed lands.  Adventure Isle, Gardens of Imagination, Mickey Avenue, Tomorrowland, Treasure Cove and Fantasyland, where we’ll find the  Enchanted Storybook Castle, the biggest Disney castle to date. 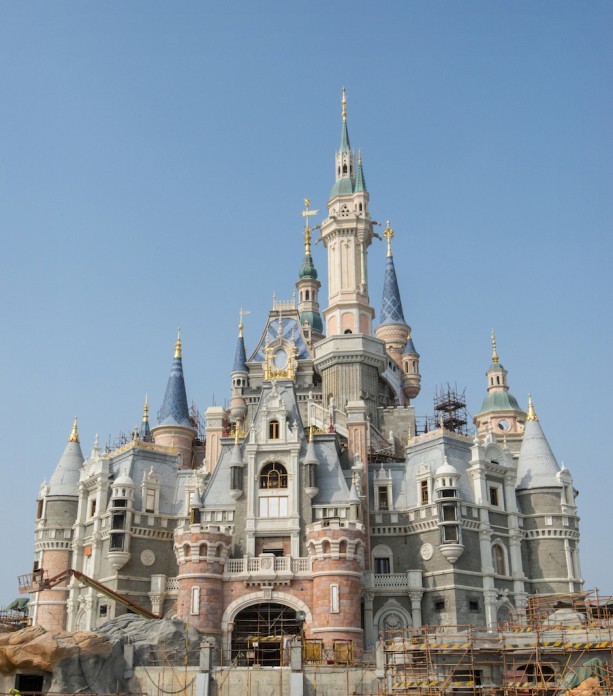 Construction the castle seems to be going well, though I can’t seem to see where my room will be just yet.

In Adventure Isle, we’ll get to go to Camp Discovery, said to have long trails to hike as well as rope courses.  This area will also be home to the water thrill ride, Roaring Rapids and a new take on the Soarin’ ride, Soaring Over the Horizon.  The photos of this area remind me a lot of Jurassic park and take the Adventure Land theme to a new level of awesome.

The Gardens of Imagination visually look like some of the most unique among the parks.  Here we will see many familiar rides such as a carousel and Dumbo the Flying Elephant.  This will also be home to the Marvel Universe as well as the potentially gorgeous Garden of the Twelve Friends, which will depict the 12 signs of the zodiac in the form of Disney and Pixar characters.

Year of the monkey anyone?

Disney wouldn’t be Disney without Fantasyland.  This is home of course to the castle and a pretty hefty amount of rides, including a “Once Upon a Time” adventure as well as Winnie the Pooh, Seven Dwarfs Mine Train and the Alice in Wonderland Maze which looks epic and terrifyingly difficult to escape from.  I’ll be needing a tour guide for that one.

Help! I’m lost and all the signs are in Chinese!

Treasure Cove takes Pirates of the Caribbean and multiplies it by 11.  This area looks so amazing.  You’ll get to pilot conoes, go on a Pirates of the Caribbean thrill ride and explore Shipwreck Shore, which looks simply mind blowing.  It makes me happy to know that the pirate theme is just as important in this park as the futuristic themes.  Just looking at the design makes me feel as though I’m stepping into a new world.

It wouldn’t be Disney without pirates. 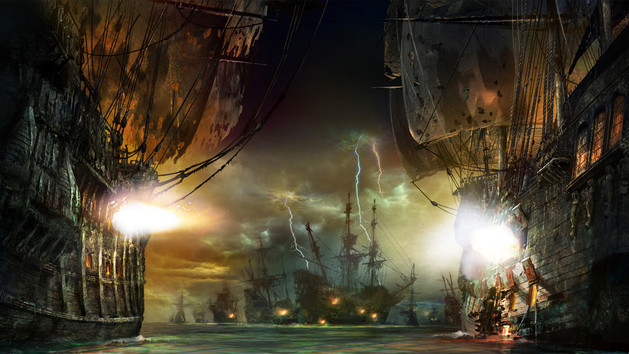 Umm, I think the Pirates ride just grew up.

Nothing is quite as impressive however as Tomorrowland which looks as though it was ripped straight out of Tron.  This whole area glows with spectacle.  From an encounter with Stitch to the Star Wars Launch Bay and the amazing TRON Lightcycle Power Run, this area will be able to be seen from all around the park, thanks to the gorgeous walkway leading to the TRON ride, which appears like a futuristic whale.  I’ll be honest, the imagineers really hit gold with the design on this one.

That’s just a little glimpse of Disneyland Shanghai.  So how about it?  Will you be booking a trip anytime soon?  Which land are you most excited about visiting?  Let me know is the comments down below and for more info on the park, head over to www.shanghaidisneyresort.com

For all things Vault Disney, head to over HERE!

All photos are courtesy of Disney.