Vault Vader #2 – The Empire Strikes Back

Things have not been going well for the Rebel Alliance. We left them in a good place, but apparently not good enough as they have now been pushed to the icy cold planet of Hoth and have taken to riding giant not-as-cold-resistant as they should be kangaroos. To make matters worse, C-3PO is there and Han just wants Leiah to have that loving feeling for him. The Empire Strikes Back is considered by most, not only the best film in the Star Wars Saga (So far) but is also heralded as one of the best films of all time. With fantastic twists, brilliant new characters and a cliffhanger that has a throw our hands angrily into the air proclaiming “WHY?!” Empire definitely tops the original film in every way. So how did this industry changing film come to be? Let’s take a closer look.

George Lucas was a bit sick of the Hollywood film industry by the time Empire came around. It was because of this that he decided to make the decision which everyone will tell you is a bad one, to fund the film on his own. Using $33 Million in loans and money from the first film, Lucas became the executive producer and funder of Empire Strikes Back. Knowing that being a producer and running his new company, Industrial Light and Magic, he wouldn’t have the time he needed to direct the film, he hired an old professor from USC, Irvin Kershner, to do the job. Kershner apparently turned the job down at first until his agent yelled him into submission. Lucas also hired Leigh Bracket to write the film. He didn’t love the first draft, but given the fact that she died of cancer shortly after finishing it, he didn’t get much chance to tell her. Lucas took on the second draft on his own.

Ladies and gentlemen, we are experience delays due to Imperial Star Cruisers ahead of us. We apologize for the inconvenience.

Arguably the biggest plot twist in all of Star Wars is the revelation that Luke Skywalker is the son of Darth Vader himself. It seems, however, that this had not been decided by the time the first film released. In fact, in the original draft of Empire, Vader, and Luke’s father are two separate entities. Luke’s father even shows up as a ghost to guide him. It was in these re-writes that Lucas came about this idea and began to develop a backstory for Anakin Skywalker, the chosen one turned evil. With this revelation, Lucas changed what would be Episode II to Episode V, deciding that he was in fact making a trilogy and leaving himself open to create a prequel trilogy as well. The foundation was set. Lawrence Kasden was brought in to write the final draft. 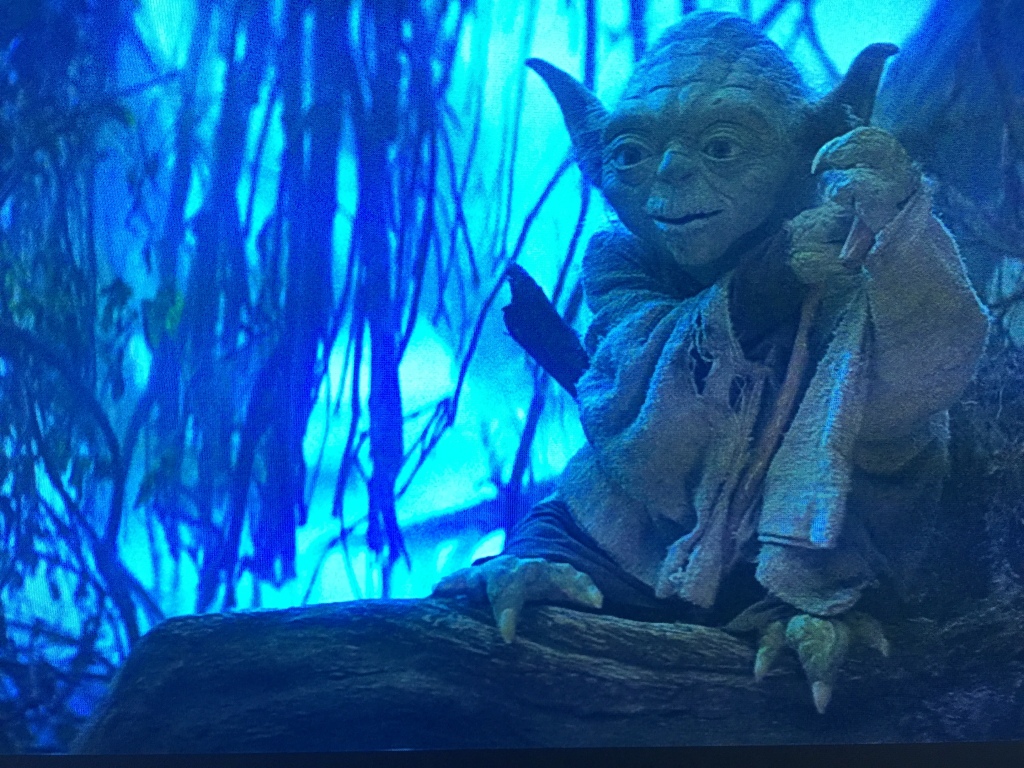 A prequel series? Much anger I see in you.

The production of Empire was a lengthy process, complete with several new models, environments and special effects. The entirety of the set of Degobah was built five feet off the ground, to make room for the puppeteers of Yoda who would be underneath, leading the little Jedi around. Tons of new models were built of new ships, and new ground forces for the battle of Hoth. Models were also built and placed against a blue screen to represent the city in the clouds, home of Lando Calrissian.

Filming began in Norway where things started out rough. The environment was not only freezing but was also hit by one of the worst storms in years. The crew was often forbidden from going outside as it was so cold that it was dangerous to leave the rooms. Luke running from the Wampa was actually filmed by opening the hotel doors and sending him running into the night. Yikes, sounds awful. No wonder the next film takes place mostly in a jungle. From here, they moved to London, building more than double the sets from the first film.

Don’t worry Luke, when you get back from the cold you get to kiss your sister.

Obviously, there was a lot of hush hush around the fact that Darth Vader was actually Papa Skywalker. In the script that was given to the cast and crew, the line said was “Obi-Wan killed your Father.” Right before the scene was shot, Mark Hamill, Luke Skywalker, was told what would actually be said. In fact, until the release of the film, only Hamill, James Earl Jones, the voice of Vader, Kershner and Lucas knew what the real line was. Another great line moment comes just before Han is frozen in carbonite. Leia tells Han that she loves him and his line to her was supposed to be “I love you too,” but Harrison Ford, feeling that this was not something Han would say, ad-libbed “I know,” making a perfect character moment. 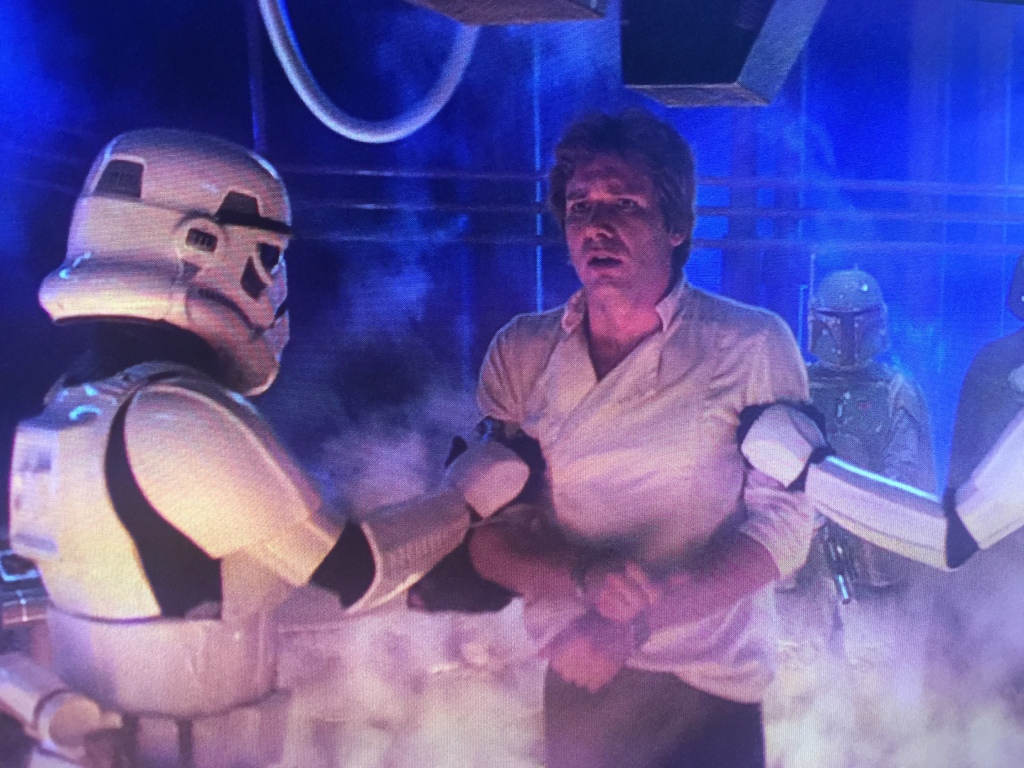 There is plenty more history here, but as I said in the first article, it’s out there for you to find. This is but a mere snapshot of some of my favorite parts of the making of the film. What we really need to talk about now is what makes this film so special. Why is it considered one of the best? There are a few reasons to consider for sure.

This week on Tiny Houses…

First and foremost are the characters. Every single one of them shines and is truly memorable. From Han’s witty one-liners to the kooky antics of Yoda to the surprisingly empowered Leia to the dark and sinister Vader, every piece of this film is built to be iconic. The actors have had some time to get to know their characters and it shows. They seem older, more confident and ready to be these people. Often times in sequels there is a general feeling that the cast and crew are going through the motions but there is none of that here. 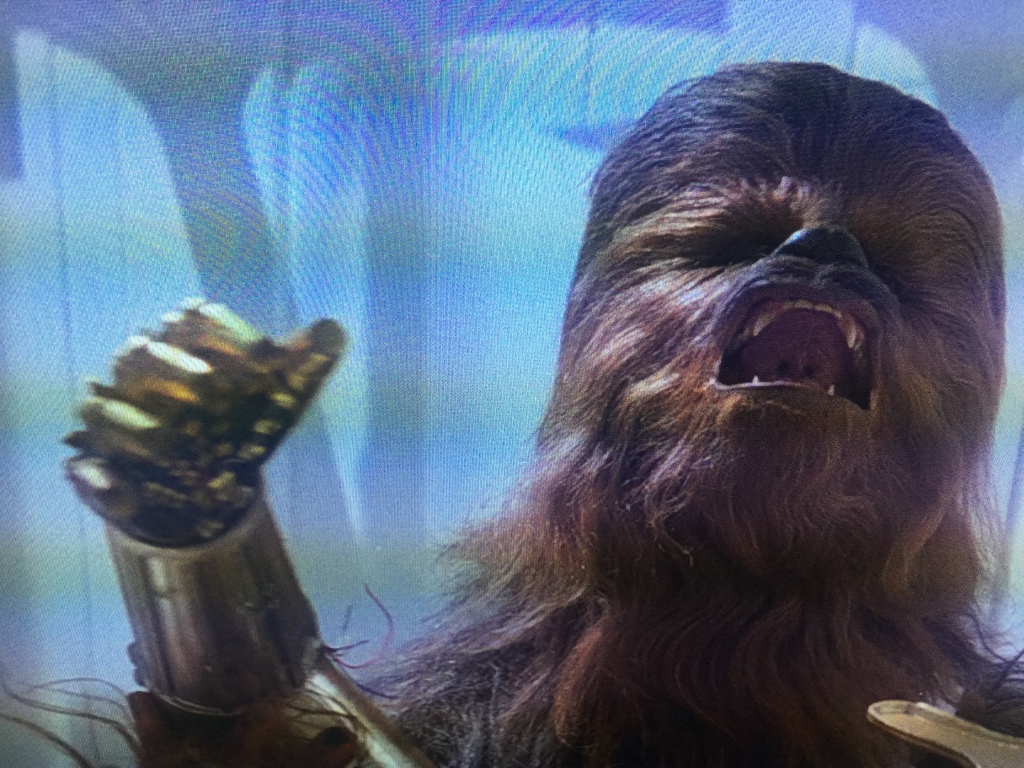 The world building continues to be great. I mentioned in my A New Hope article that I liked how we were eased into this world and how a lot was left to mystery. I appreciate that we learn a lot more about the force, the Jedi and the universe in this film BUT at the same time, there’s plenty of room to grow. Who is this evil emperor we keep seeing? Where did all these bounty hunters come from? Why is Yoda green? It’s no wonder that so many books and shows and comics have spawned off this series. There’s so much more to know and most importantly, we leave this film craving it.

Also, one of the favorite characters from the film in Boba Fett, who ironically does little to nothing.

Yoda in particular is fantastic. Sure, we love him because he’s cute and crazy but there’s something really special about a super powered Jedi being this tiny little guy in the swamp. I also love that his faith in the force and his teaching methods walk the fine line of feeling like the words of a lunatic. He often asks Luke to have faith but I feel that the scene in which Yoda raises the X-Wing from the swamp is so pivotal to Luke’s growth. We have to remember that padawans of the Jedi age in the prequels were privy to seeing what Jedi could do. They knew what they could be capable of. For Luke, this is all a bit of a fairy tale. He needs something worth buying in for and this scene gives him that. Yet still, he’s a bit reckless and that’s also a good thing. I often talk about in Vault Disney that a character with flaws is much more interesting than someone who is perfect. We need Luke to make the wrong choice so that he can prevail over it later. That’s human nature. 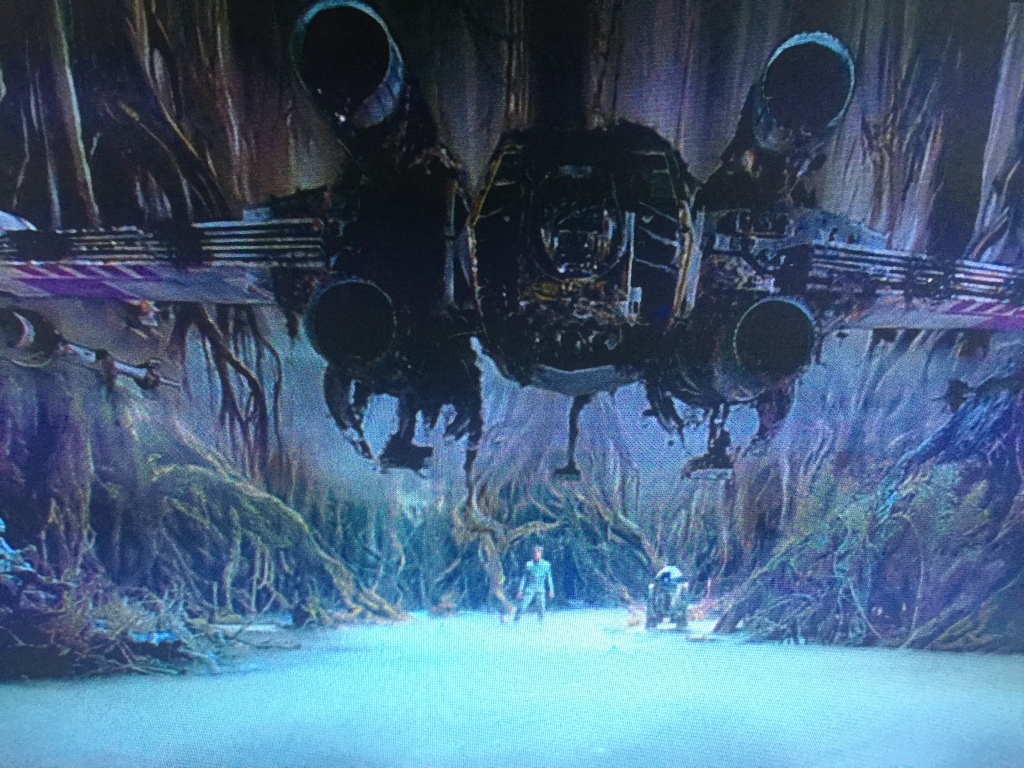 For my next trick, this X-Wing.

Han and Leia. In a world where we constantly scrutinize every single film for being mysonginistic or not politically correct, how great is it to see this very powerful female character. Sure, she has a romantic interest but she is tough and determined and as I re-watch these films, I am finding her to be my favorite character. She just really feels like a leader and I love watching her eye roll when men hit on her. She is beautiful but not just physically. She has this great heart and this strength that’s so wonderful. Her romance with Han is organic and I love watching these characters fall for each other. Yes, Han is breaking her down to liking a scoundrel but in a way, she is also breaking him down to showing his true feelings. They work very well together.

Who are you calling scruffy looking!

And oh that twist. Vader being Luke’s father is so powerful. It comes out of left field, but if you watch carefully knowing this fact, you’ll see little hints along the way. I love when Vader tells the Emperor that it’s impossible and he responds, “Search your feelings, you know it to be true.” Vader later says the same thing to Luke after the reveal. So good! There’s also something very powerful about how we leave the characters in this film. They are beaten but not broken. There’s an air of hope in the ending despite the loss of Han and Luke’s hand. “We’ll find him,” says Lando, who has seen the light and joined the rebels. As we look out on the stars, we know that everything is going to be okay, we just know there’s a long road to get there.

I lost my hand and all I got was this lousy father.

Empire Strikes Back is a beautiful thrill ride. From the quiet scenes of Degobah to the asteroid field chase scene, everything just works. The film never seems to let up and we are always exploring some new planet, meeting some cool new hero or villain or just being led down the rabbit hole that is the Star Wars universe. We’re left with a feeling of completion, yet wanting more, as so few seconds in a trilogy manage to do. This battle has ended but we have high hopes for the next one to come. As we drift into the stars we’re left with questions. Will Luke return to Yoda? Who is “the other”? What will become of Han? Yet I never felt gipped by not getting these answers in this film because I was given so much to chew on already. All that’s left now, is to sit back and watch the final encounter, next week, in Return of the Jedi.

And to your right, a galaxy far far away.

Next up:  Return of the Jedi