Vault Disney: The Others #1 – Song of the South

I’m sure there are more peaceful and less controversial films to start a new series with but when looking through the chronological order of all Disney films, I was struck by Song of the South. Not only did it fit the time period I was currently in for my normal Vault Disney series, but also, it is a film that begs to be talked about. I had never seen this film before but I knew it thanks to many friends telling me about “that really racist Disney movie.” And who hasn’t gotten ‘Zip-a-Dee-Doo-Dah’ stuck in their head at some point. I was enthralled. I had to know more about the film. I needed to take it in and see for myself. Avoiding all historical writing on the film beforehand, and strapping myself in with some dinner and a drink, I sat down to watch this notorious film. 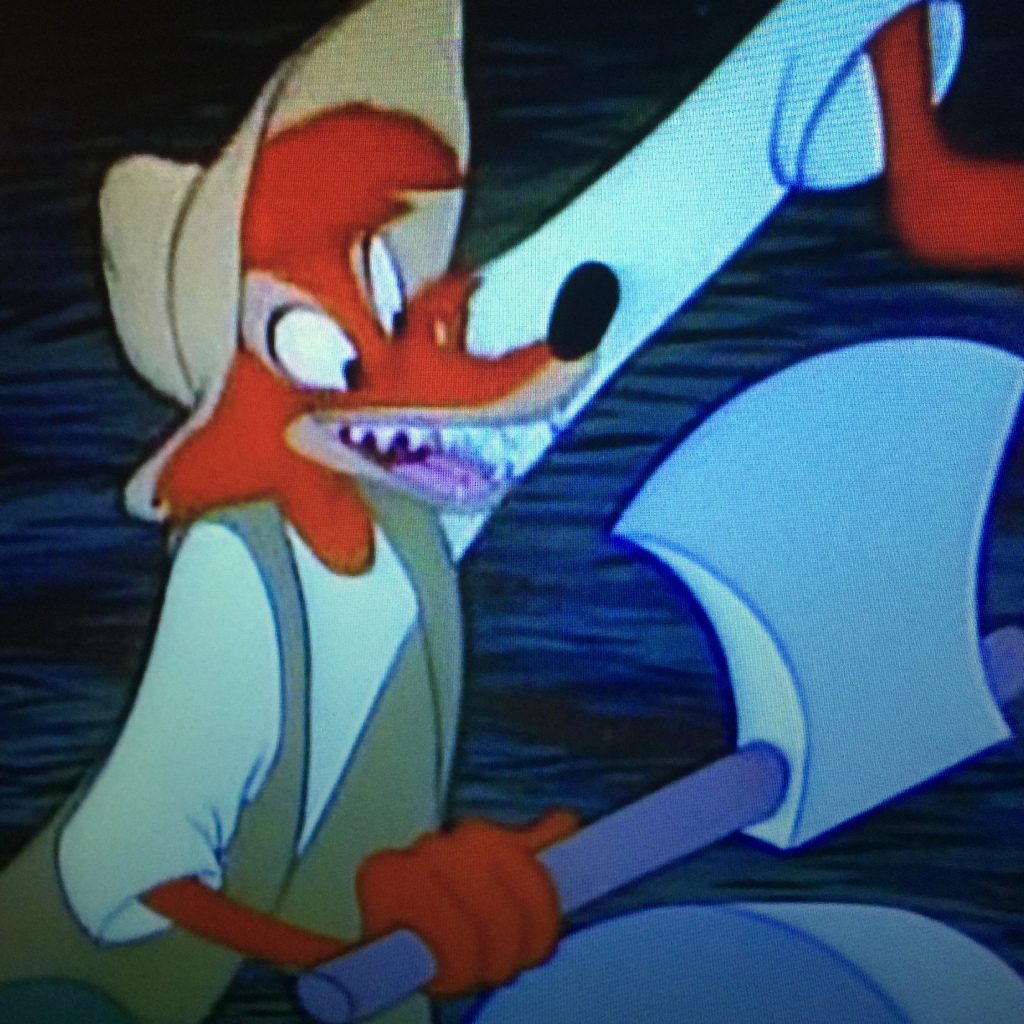 Get out your weapons, this is gonna get ugly!

First, let’s understand some history of this film and where it came from. Walt Disney had been wanting to do a film based on the collected Uncle Remus stories by Joel Chandler Harris. Uncle Remus, who appears as a character in the film, was a fictional character who was used in the book to narrate a collection of African-American folktales which had been compiled by Harris using several different sources. The book, Uncle Remus, His Songs and His Sayings was originally released in 1880. The stories, which revolved around Br’er Rabbit, Br’er Fox, Br’er Bear, Br’er Wolf and Terrapin, was revolutionary at the time, creating character voices which no one had ever heard before. Several books were published in this series and all revolved around Uncle Remus, an older African-American man living on a former slave plantation and telling these stories, which were often morality tales, to a little boy. The stories garnered much acclaim and popularity for some time, even into the late 1920’s when Walt eventually got his hands on them. 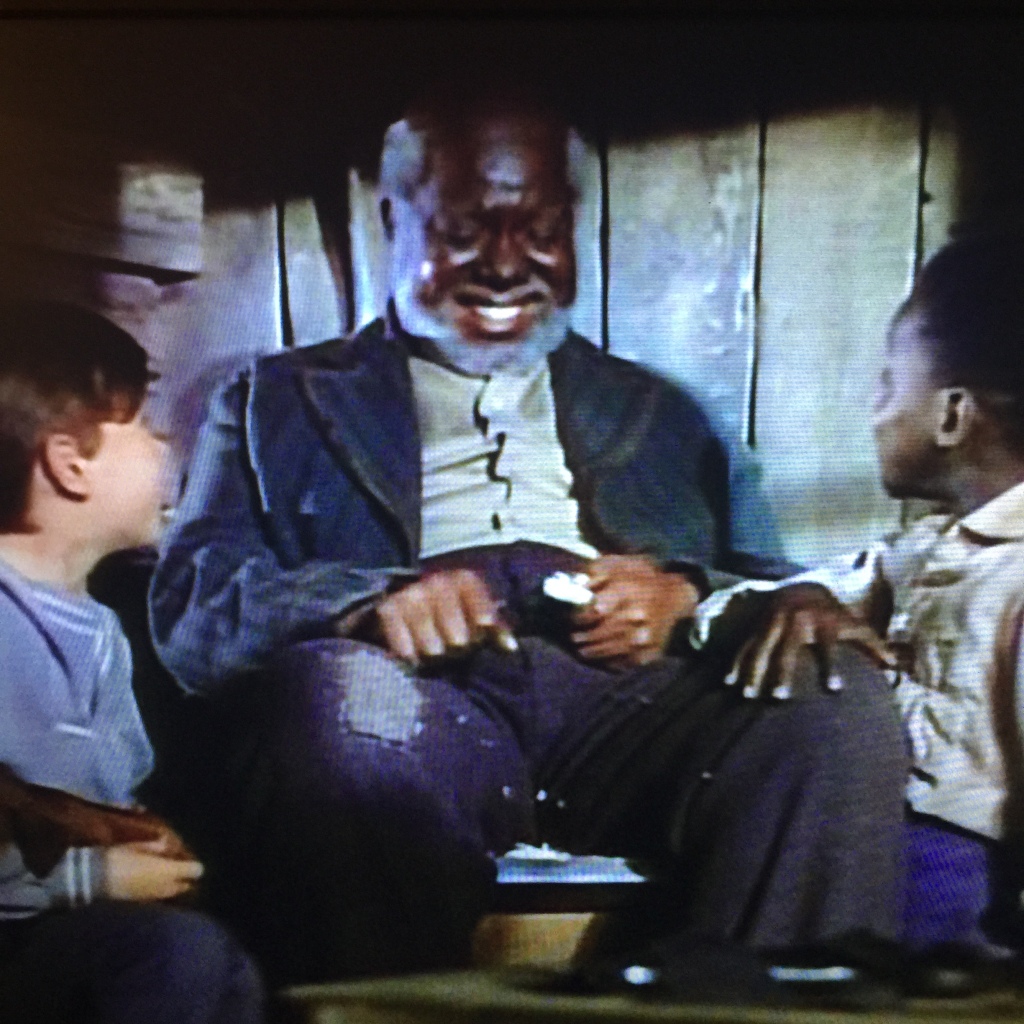 Now sit on down for a little story.

Song of the South was Disney’s first film using live actors to set the framework for the story. Walt wanted to have Uncle Remus and the boy he told the stories to be actual actors for a long time but was always unsure as to how he would depict the animal stories. After doing The Three Caballeros, where live actors were mixed with animated characters, the studio felt confident that they could do this in a feature length. Even early on, Walt’s brother Roy as well as the writer and director of the project were concerned that the film might come off as racist. Yet, Walt pushed forward, being constantly passionate about the story. 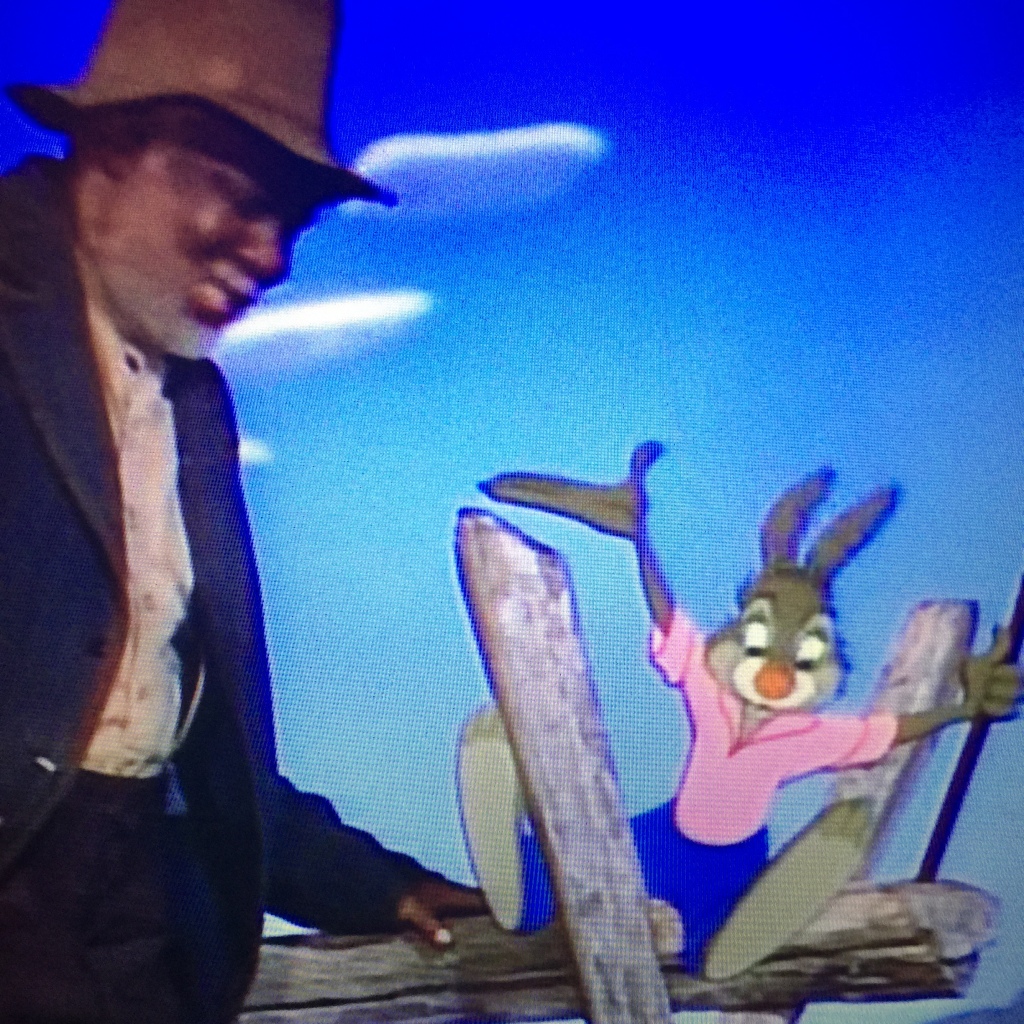 Song of the South is really a story about a young boy who moves to a new place, away from his home in Atlanta, to a former plantation, and must try to find his way while dealing with not having his Father around. He makes friends with another boy, Toby, a young girl, Ginny and of course, Uncle Remus. In trying to maneuver his world, he finds that Uncle Remus provides comfort for his new surroundings by telling Johnny tales of the ever sly Br’er Rabbit and his daring escapes from Br’er Fox and Br’er Bear. The ultimate point to be made from these stories is that when you are small and can’t always fight back with your fists, it is best to use your mind instead. Johnny uses these lessons to avoid the Faver boys and also his mother who is constantly trying to get him to do things he doesn’t want to do like wear frilly shirts or stop playing with bull frogs. 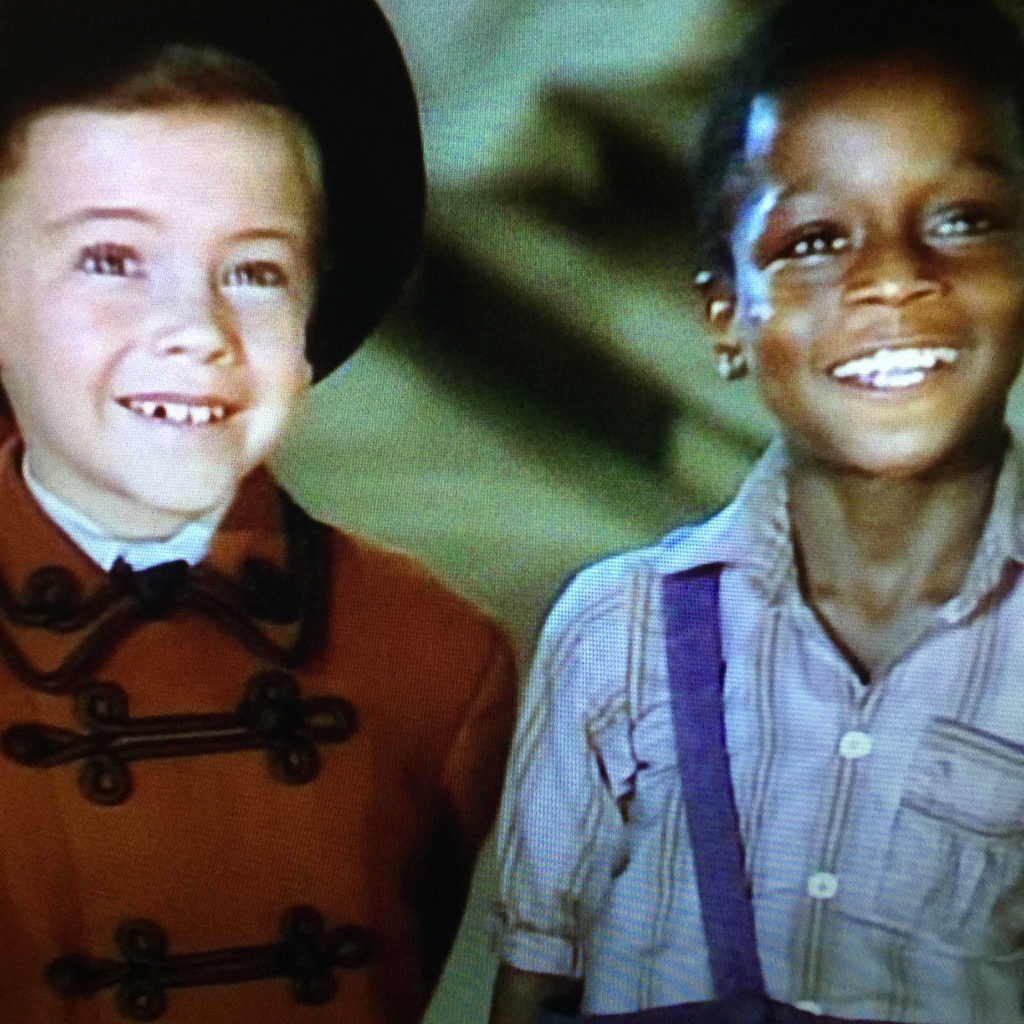 They look so innocent, considering they are hiding a frog behind their backs. (Bobby Driscoll and Glenn Leedy)

Before we get into the controversy of this film, I want to talk about a few things that I did really enjoy, because there were several. While the film has definite problems, it was not the demonic evil piece of media I had been made to believe. For one, I think the animated pieces of this film are superb. They are funny and introduce three characters that are reminiscent of something we might expect from Warner Brothers, with lots of slapstick. I like that Br’er Rabbit, while the hero of these tales, is very flawed. He has a bit of an ego and often gets himself into trouble. I think he is the perfect comparison to little Johnny as he very much feels like a young boy, misbehaving and having to find his way out of tricky situations.

I am also surprised by how much I liked the character of Uncle Remus. Racial implications aside, as I know the stereotype of this character is widely frowned upon, James Baskett who portrayed Uncle Remus is an absolute delight to watch. He actually received an Academy Award for this role and I think it’s well deserved. He is magnetic and draws the attention every time he appears on screen. I also feel for his struggle which is one in which he gets so much joy in telling stories to children but is often so misunderstood by parents who do not see the benefit and value of said stories. 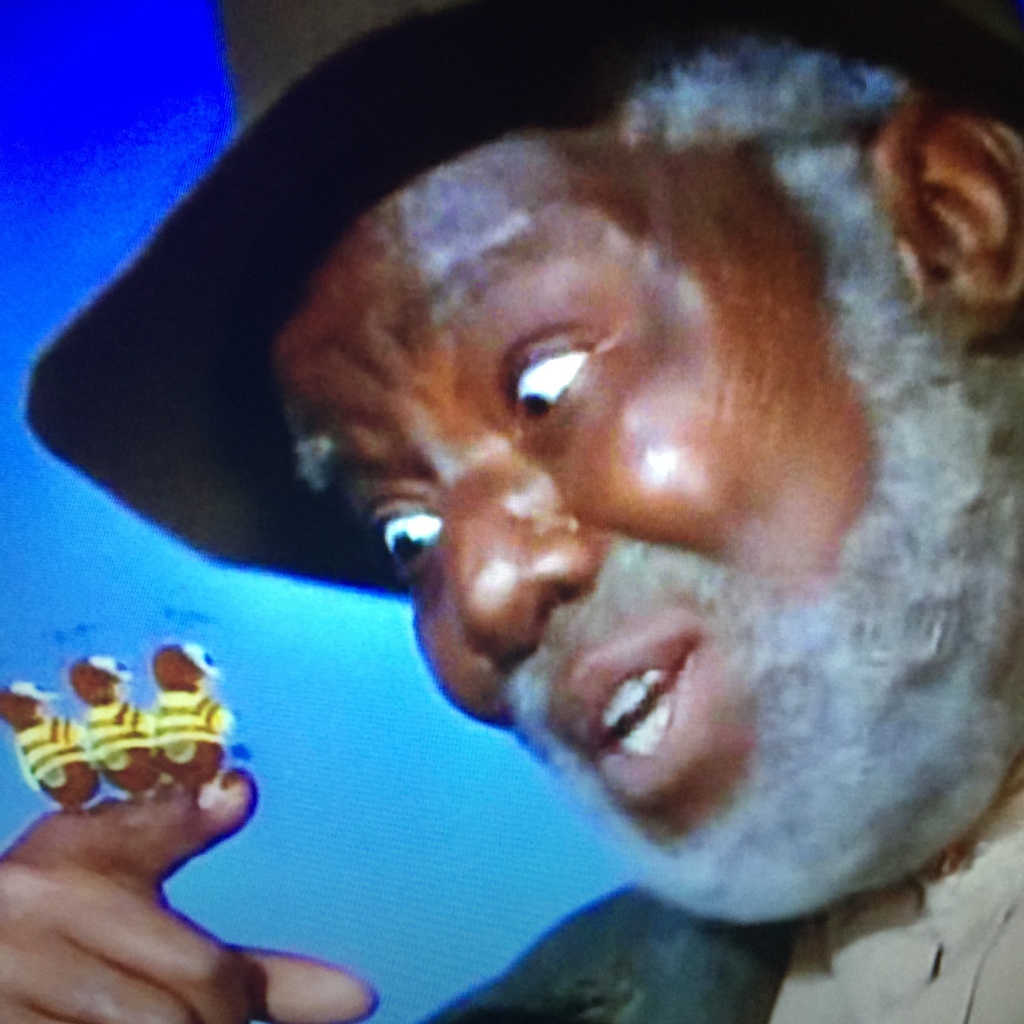 Finally, I was surprised that I actually did enjoy this story. Sure, there are things here on a race/class level which can’t be ignored but I really did like Watching Johnny and Ginny navigate this world and grow as friends. I also loved the music and I really identify with the plight of a story teller who wants to share his stories with the world. All in all, if I look at this as purely a story, I liked what I saw.

Yes! We’re on the right track!

Unfortunately, there are a lot of other issues at play here. I see a lot of the problems with this film as communication errors. The film is set during the Reconstruction era, after slavery had been abolished. Though, here’s the thing, it’s hard to tell. Disney noted that Uncle Remus is allowed to leave the farm when he wants and the clothing choices of the women, BUT it’s not enough. Even after watching the film, I couldn’t honestly tell when the film was supposed to take place. As an audience member of the time, I can understand being concerned at seeing a movie, which I might actually believe took place during the time of slavery, and seeing a whole group of happy, singing slaves, being looked down upon by their white oppressors. It plays as a bit ignorant of the actual hell that was going on at the time. 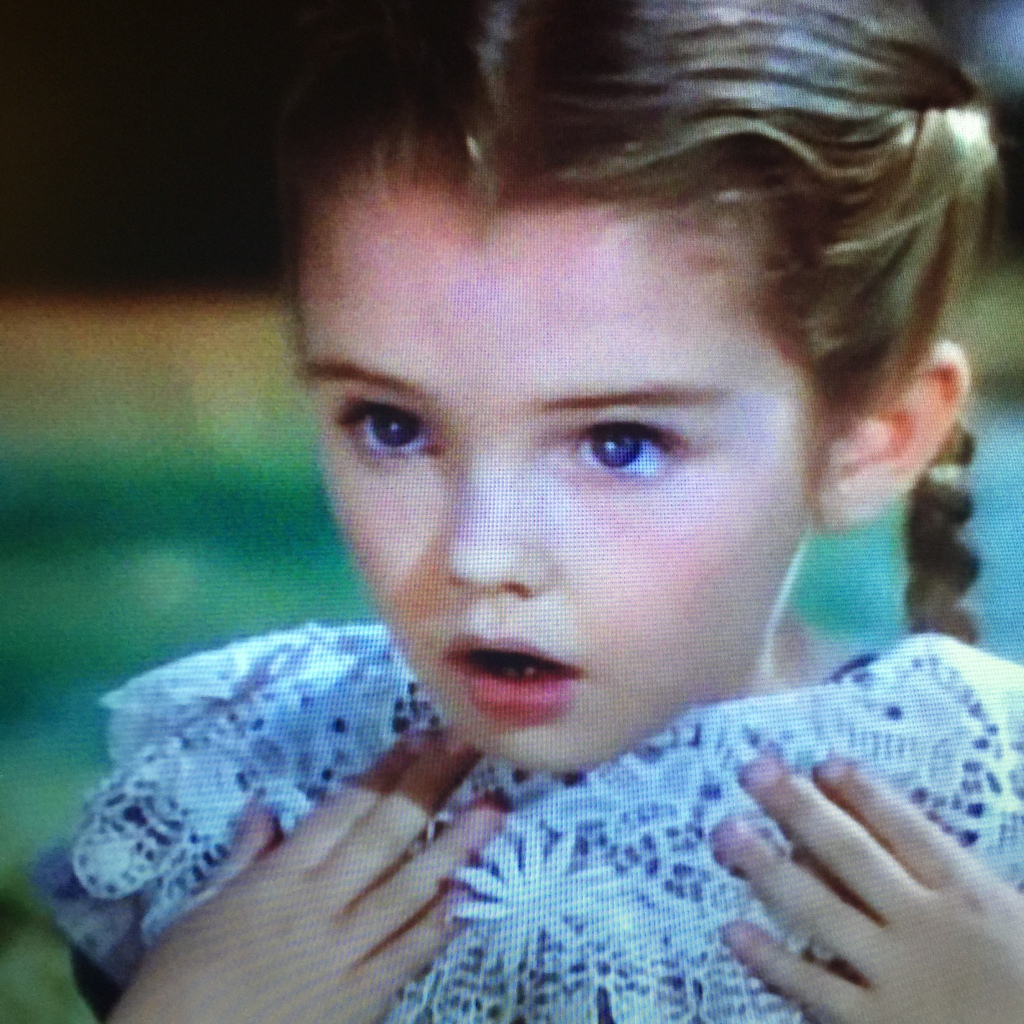 The film also released at a time when tensions regarding race were very high and many African-American critics found that the films portrayal of the black population as one who is less educated and lesser in a financial sense as well was the last thing that the world needed. The studio was fairly aware that this might be an issue early on. Disney publicist Vern Caldwell told the film’s producer that, “the negro situation is a dangerous one. Between the negro haters and the negro lovers there are many chances to run afoul of situations that could run the gamut all the way from the nasty to the controversial.” 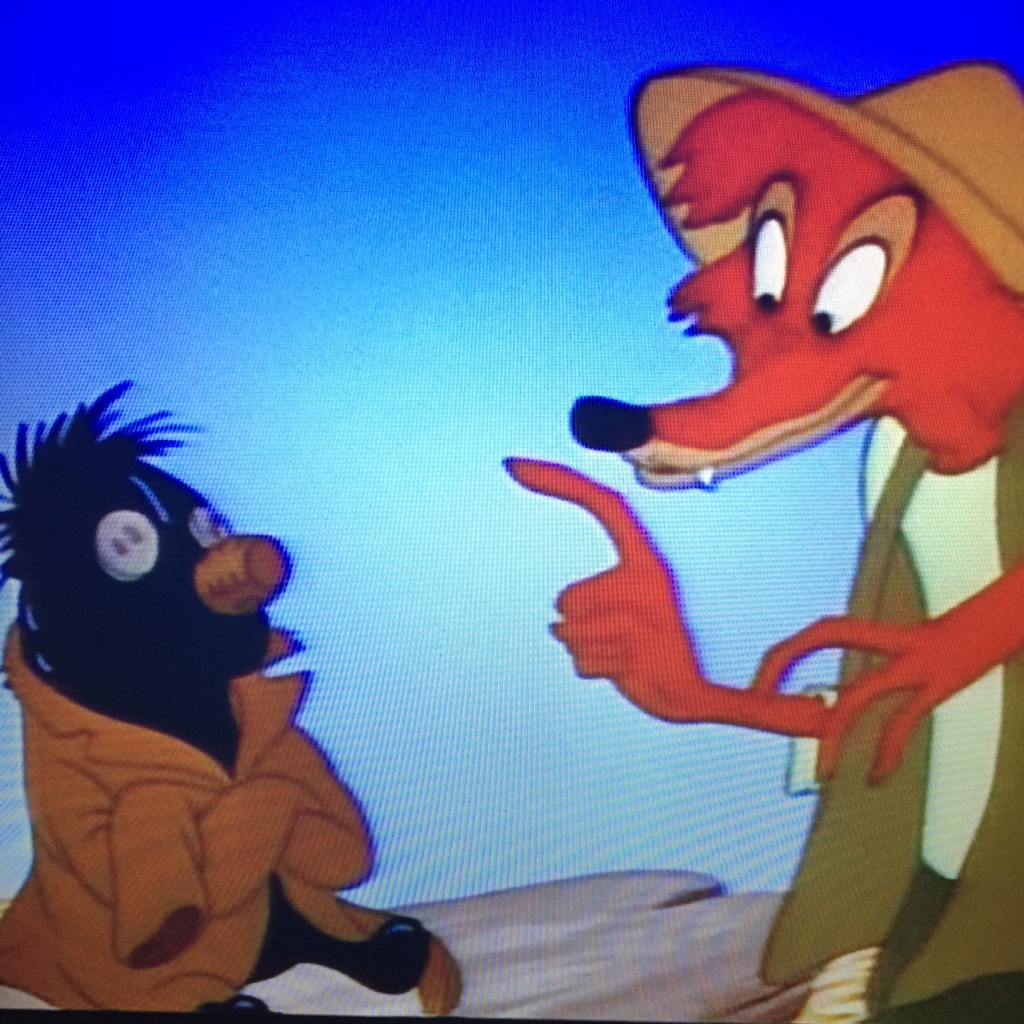 I tried to tell you this would be a problem Tar Baby.

Another big issue I find in my research is that many of the films leading naysayers had never actually seen the film. Walter Francis White, who was the executive secretary of the NAACP (National Association for the Advancement of Colored People) never actually watched the film but had received memos from staff members who had attended a press screening and from these he extrapolated that the film had “remarkable artistic merit in the music and in the combination of living actors and the cartoon technique.” However, he then went on to say “…in an effort neither to offend audiences in the north or south, the production helps to perpetuate a dangerously glorified picture of slavery. Making use of the beautiful Uncle Remus folklore, “Song of the South” unfortunately gives the impression of an idyllic master-slave relationship which is a distortion of the facts.”

The reviews for the film ran the gamut of being disgusted to being confused. Most reviewers found the film to be technically beautiful but would then remark that it was a piece of white supremacist propaganda. Some people even found that, in the film’s need to be accepted, it ended up being wildly cliched and even boring. At the end of the day, the film was a financial success but a PR nightmare for Walt Disney, who wouldn’t even stay in the theater during the premiere, which occurred in Atlanta, as previous reactions to the film had been so negative. 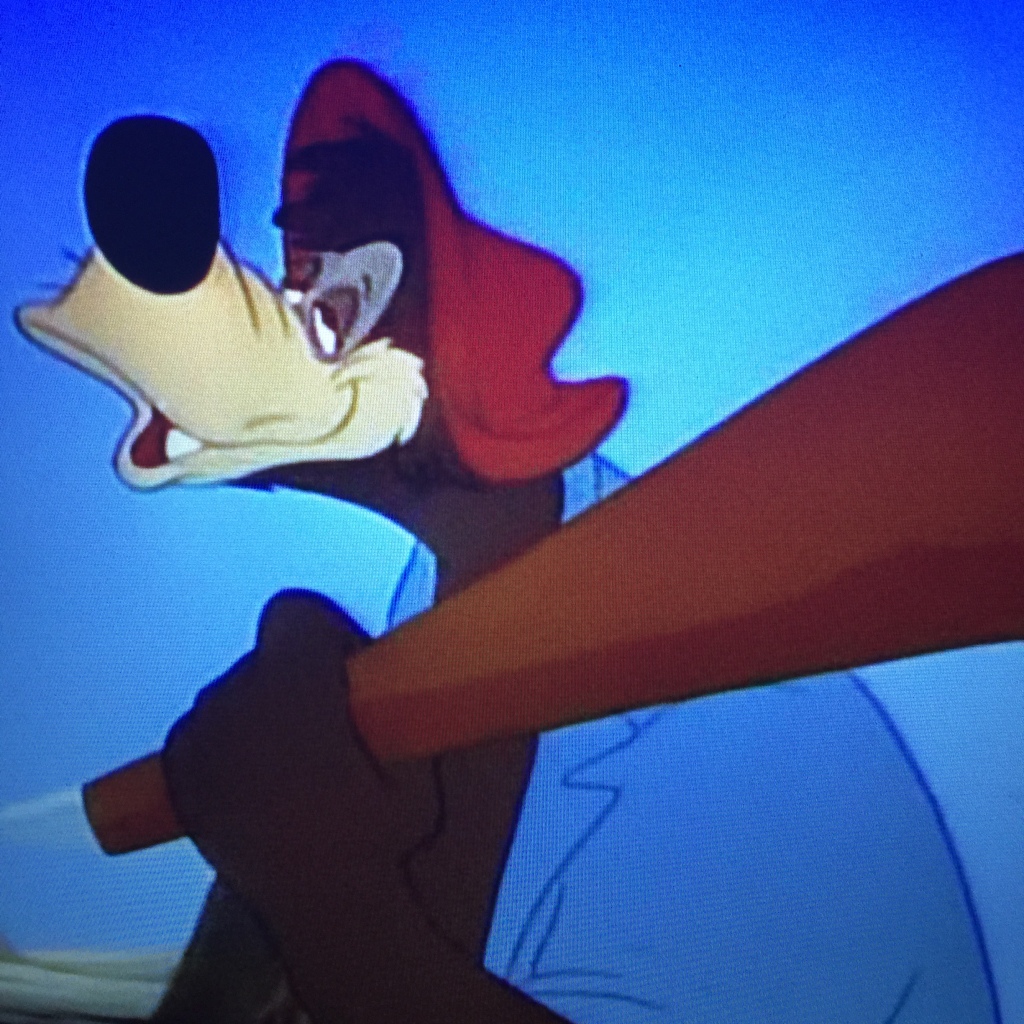 Where ya goin’ Mr Disney?

Song of the South has never been released in its entirety for home video in the United State. Only segments such as the animated pieces or the well known song, Zip-a-Dee-Doo-Dah, have been shown in packages or on the Disney channel. The film still holds a legacy of being hugely racist. Even friends who I told that I would be watching the film for this project remarked on how it would be “a real education in Disney racism.” Curiously enough, NONE of these folks who warned me on the subject matter had ever seen the film.

Me when my friends told me about this movie…

I urge you to watch the film if you get a chance. Not because it is great or because it will make you happy or angry or sad or resentful but because films like this, and discussing them, is important. The film may very well be racist and I won’t say whether I agree or not, but I think it’s worth talking about as it was Disney’s first live action film and at the time, whether you hated the film or not, it still meant that the name Walt Disney was being talked about. Even if it’s not a great portrayal, I never would have known about Uncle Remus or his tales if not for this movie and these stories are so lovely and impressive. If only for that, I’m grateful for Song of the South. 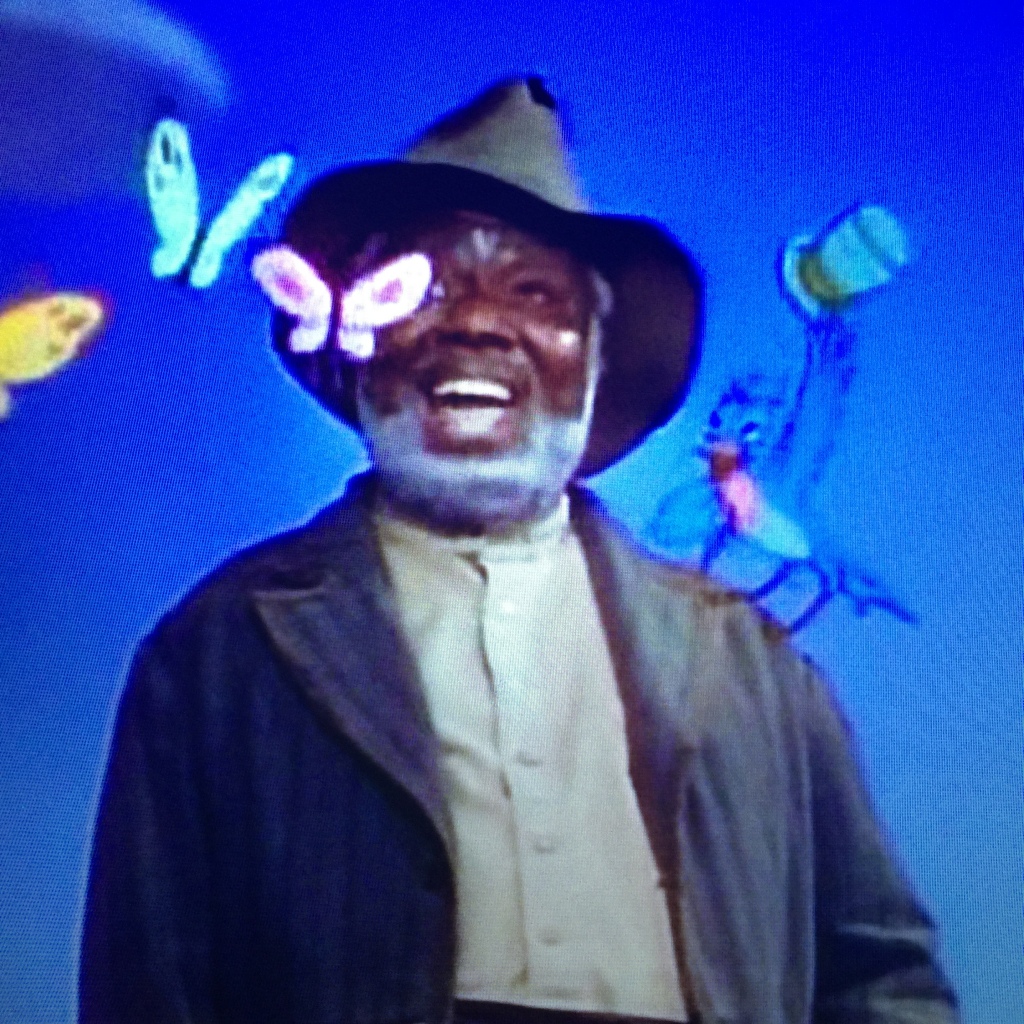 Plenty of sunshine, heading my way.

I would love to hear from you all on your thoughts concerning this film. Reach out in the comments below and let me know if there are any films you would like to see in a similar segment to this one!

My next article will return to regular Vault Disney for a while, starting with the Adventures of Ichabod and Mr. Toad. See you then!!

READ THE INTRODUCTION TO VAULT DISNEY: THE OTHERS