A Discovery of Board Games

A couple of weeks ago, we were invited by some friends who live near us to come over and play board games. Carl and I frequently play video games, watch TV shows, read comics and go to the movies but as of yet, board games, card games or general non-electrical input merriment was a sector of nerddom we had yet to venture into. We, however, rarely say no to a chance to have fun so we quickly agreed and headed over.

When we arrived the game board and all the pieces for a game entitled “Lords of Waterdeep” had already been set up and we saw that we would be playing with four other people. The point of the game, for those of you who have not had the pleasure of visiting Waterdeep, is to recruit warriors, mages, clerics and rogues (Otherwise known as Orange blocks, Purple blocks, White blocks and Black blocks) from the different parts of Waterdeep, by assigning agents to their locations. You assign these fine warriors (Blocks) to complete quests in order to score Victory points and of course, win the game.

Carl and I were, to say the least, enamored with the idea. It had been years since I’d played a board game and possibly even longer since I had played one that I found generally interesting. We were hooked and four hours later, when the game ended and the score was tallied up, there was a hint of something growing within me, a need for more. 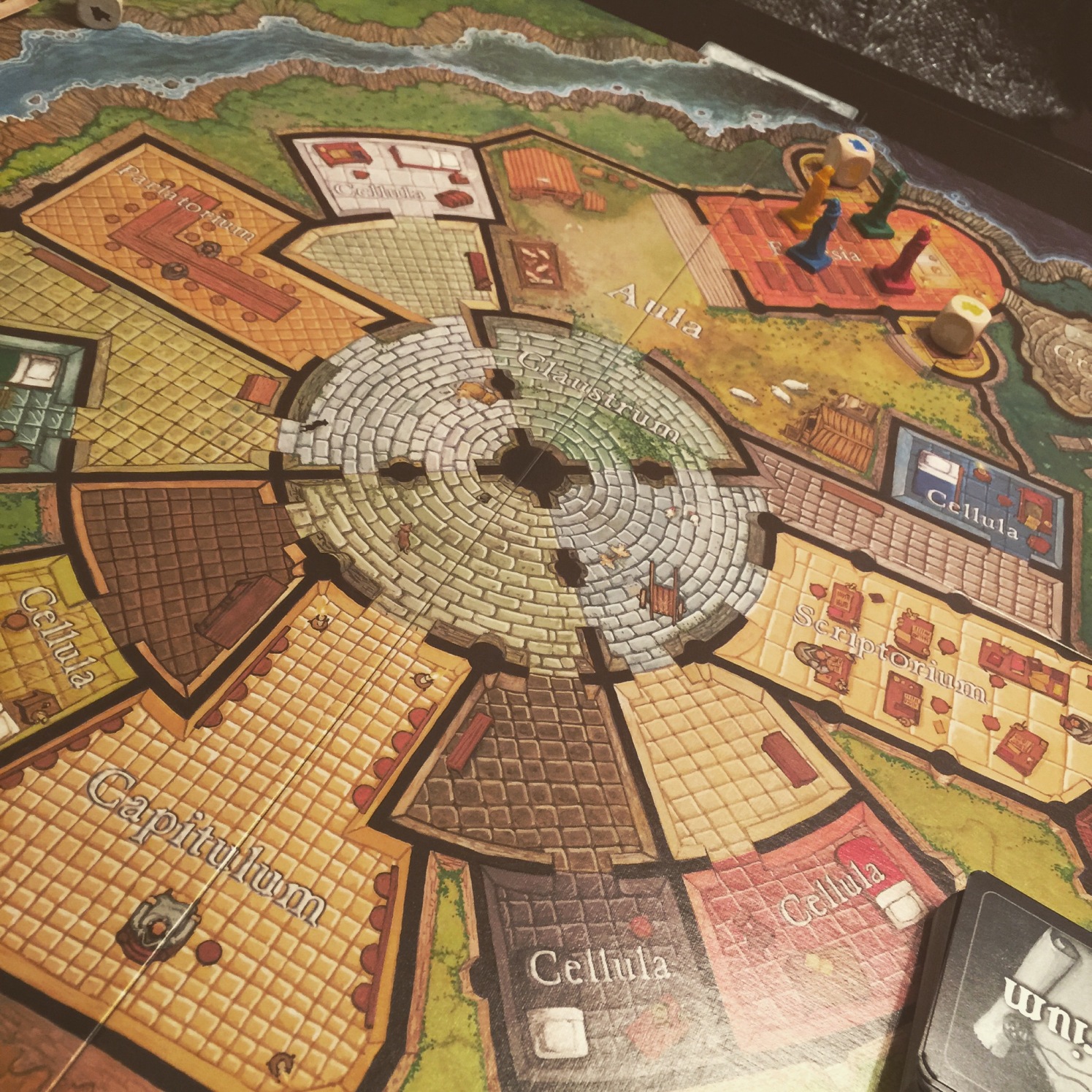 We then continued on to a game called Shadow Hunters which used beautifully drawn anime style cards to turn each player into either a shadow, hunter or civilian. On these cards, secret to all but their player, we were given win conditions. For example, the hunters might need to kill all the shadows to win, but this meant that they had to play certain cards to ascertain information in order to deduce who the shadows were. I, however, was given the supreme honor of being a civilian. This may sound boring but my card gave me two ‘win conditions.’ I could either, A) Be one of the last two survivors or B) Be the first one to die. Obviously, I shot for B. I attacked everyone and anything and collected a stash of weapons to help me do so, by the end becoming a force more powerful than any mere shadow or hunter.

We left the evening, having loved every minute and by the time we got home we were talking about starting our own board game collection and even downloaded a few board game apps to play together on our Ipads.

The question is, with our extensive collection of video games, what was it about these simple cardboard based games that drew us to them? After all, I’d never found a need to play D&D or Magic the Gathering. I had video games where the heroes and monsters came to life before me in glorious 3D. Unfortunately, video games, I realized, have lost something very important over the years.

When I was little, playing video games was always a very social exercise. My friends and I would get together after school to play Nintendo 64. We would file over to each other’s houses, ready to kill each other in Goldeneye or kick each other off a progressively moving platform in Super Smash Bros. Yes, we were playing a game with a controller and a screen but we were playing a game together, in a room where we were laughing with each other and not into a microphone. Video games today have become the very opposite of social. Of course, video game companies tout the banner of social gaming, making you able to play with sometimes thousands of players at a time, but more often than not, these are strangers, and strangers who are usually butt faces to say the least.

It was because of this sudden dive back into something so social and personal that Carl and I found ourselves suddenly obsessed with the prospect of finding new and innovative board games. We wanted to search for that new cool game that would be the next thrill, just as I have done for so many years with video games. Who knows where this exciting new endeavor will take us, but I feel that I am called to it, and maybe that sounds silly, but often times the best things in life are.

Check back soon as I hope to create a space on this blog to recount the different games we have played as a way of tracking them.