It’s time to come clean.  We’ve known each other for a while now and eventually you’re going to figure out my deep dark secret.  Okay, here goes.  I have an unhealthy obsession with penguins.  There!  I said it!  So you can imagine my excitement at a new game […]

This morning I am feeling quite manly.  I woke up with the slightest of scruff, ate a bacon sandwich and even spit like a man.  Though I’m not so great at spitting so it was really more of a drool situation.  But the point is I’m feeling manly […]

Yesterday, I did a quick post to announce that the long awaited chatting app, Disney Mix, had finally hit the app store and that you should download it.  I’ll be honest, a lot of that was fueled by love of anything Disney and at least three cups of […]

When I started playing Disney Emoji Blitz, I didn’t imagine it was something that I would stick with. Or perhaps I just thought it would be something fun to play as I sat on the train or needed to kill time. Yet, in some ways I think it […]

Every so often, a few of the things I love converge into one glorious thing to become something truly special.  If you’ve been with this blog for a while, you know that I have a soft spot for LEGO’s and especially LEGO video games.  Today marked the release […]

Because the major focus of this blog is primarily Disney or Writing, I like to think that anything Disney that is available deserves my attention.  At least a little bit of it anyway.  I love the idea of bringing you guys my unique impressions of different Disney games, […]

Wow!  Disney’s turn around on these mobile games lately has been fantastic.  Within weeks of first inviting players to sign up for Disney Magical Dice, the game is already released.  Magical Dice is, plain and simple, a board game.  In fact, it’s not just any board game.  It […] 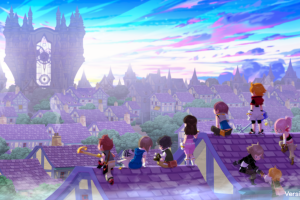 Hello all!  Well look what we have here.  Another Disney-fide game has just been released and what’s more is that it comes from the Kingdom Hearts franchise so we absolutely have to talk about it.  Coming off the success of Disney Magic Kingdoms which I talk about often […]