With the release of Guardians of the Galaxy: Vol. 2 being spread out so much throughout the world, it was hard to go into my viewing of the film without preconceptions.  After all, the reviews that have released so far have been moderate to flat out bad.  As someone who is a huge fan of the original Guardians film, I was worried and while I avoided reading these full reviews in order to form an opinion of my own, I couldn’t help but “wait for the bad” as I sat down to watch the film last night.  Yet somehow, like waiting at a doctor’s office for bad news that never comes, I never saw the ‘bad.’  In fact, I’m here this morning to tell you why Guardians of the Galaxy Vol. 2 isn’t just better than the first film in the series, it might just be my favorite Marvel movie yet.  Let’s dive in and find out why.

Guardians of the Galaxy Vol. 2, which we’ll just call Vol. 2 going forward, tells the story of the Guardians as they try to understand each other while their relationships grow deeper.  Eventually, the tension of trying to get along, leads them to meet up with Starlord’s father, who is actually a planet, which has taken the form of a man in Kurt Russel.  Going by the name of Ego, he offers Peter Quill everything he’s ever wanted from a father.  It seems to good to be true, and it is.  On a deeper level, however, this is a film about family.  The Guardians aren’t friends.  As Nebula points out late in the movie, they are always fighting and yelling at each other.  Drax reminds her that they aren’t friends, their family, and that’s just part of it. 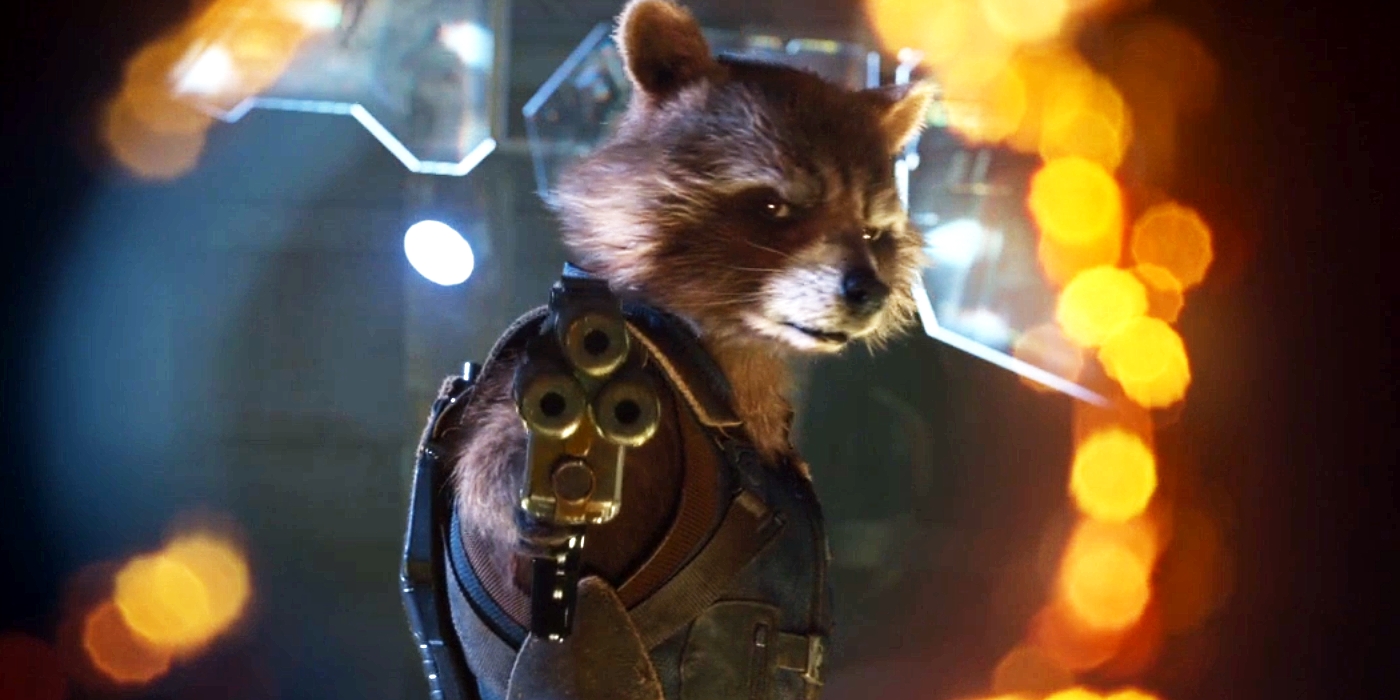 Every character has an arc of self enlightenment.  From Rocket learning to not push people away, to Gamora and Nebula learning to love each other as sisters, Guardians plays on the trope that these characters are together because they share a very deep bond and their care for each other goes beyond that of a normal team.  All of these stories plays out with fun filled action sequences that always leave you wanting more. 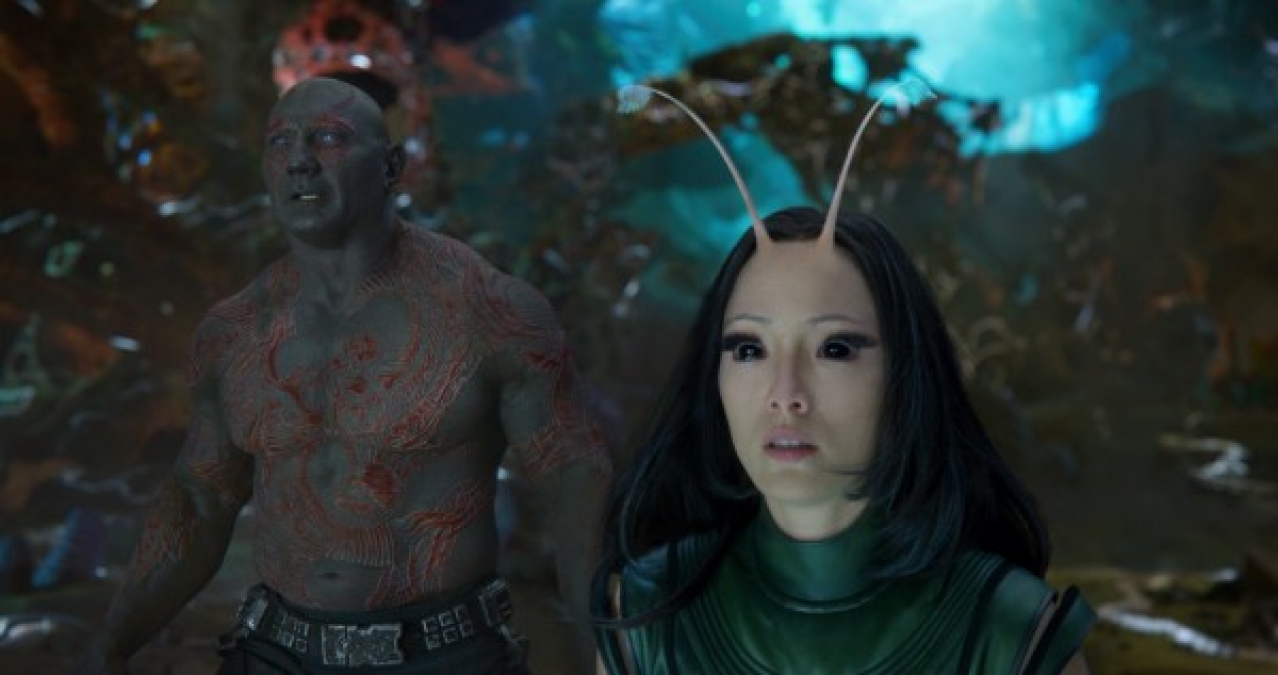 There are several new additions to the Guardians this time around.  Nebula joins the fray, begrudgingly as she tries to kill and eventually aid her sister.  Yondu is also back, but this time with much more of a character driven story.  Ultimately he makes the most compelling addition to the team as sequences with his flying arrow prove to be some of the coolest and most eye catching of the film.  He’s also used to great effect to differentiate between the family your born with and the family you choose for yourself.  Rounding out the cast is Mantis, a character who is used mostly for comedic effect but is so quirky and charming I couldn’t help but fall for her.  In her first appearance I worried that she was a bit too much of an Asian stereotype, but as the film progressed, she fell into her own and her relationship with Drax who tells her just how ugly she is, became one of my favorites in the film. 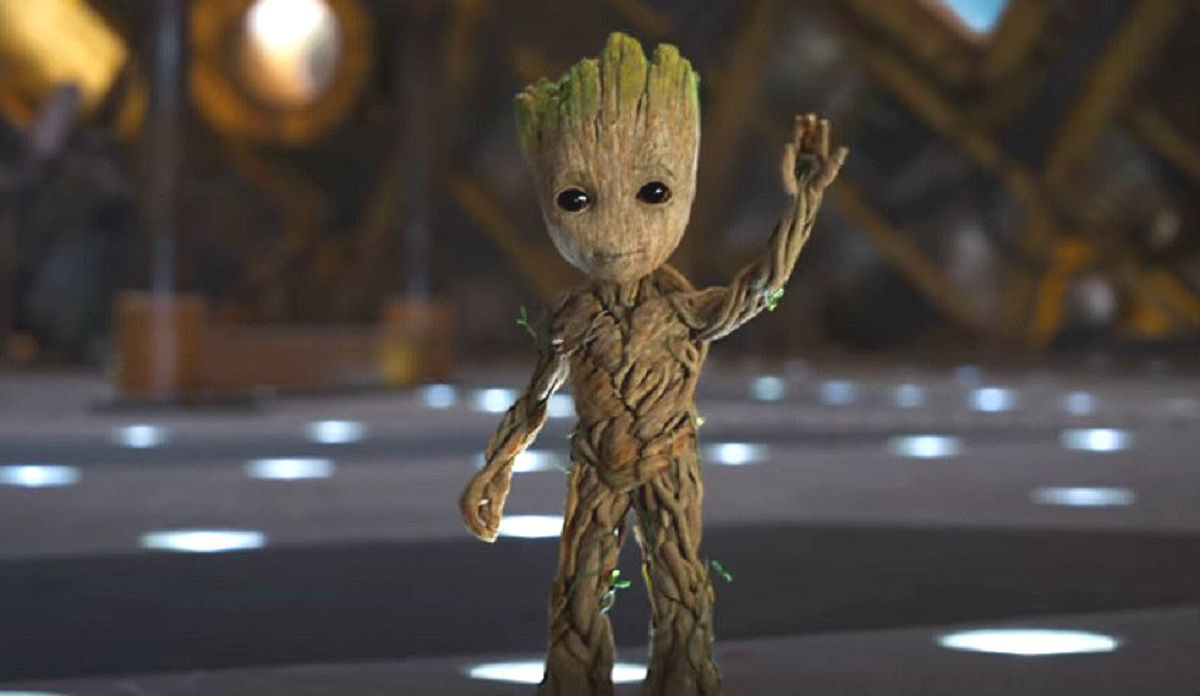 But despite all of the cast additions and a very well done story about family ties, the thing I love about Vol. 2 is that it’s just so friggin’ fun!  From the opening credits where baby Groot dances through an entire epic battle this film has style and always stays light and comedic.  I laughed harder than I have in ANY Marvel movie ever.  The jokes are fast and furious and even when things get serious, there’s always room for a good laugh.  It strikes a perfect balance, because while I really loved getting to know these characters more, I also loved watching them rip each other apart.  I mean, how could you not laugh at Rocket getting called a ‘Trash Panda?’ 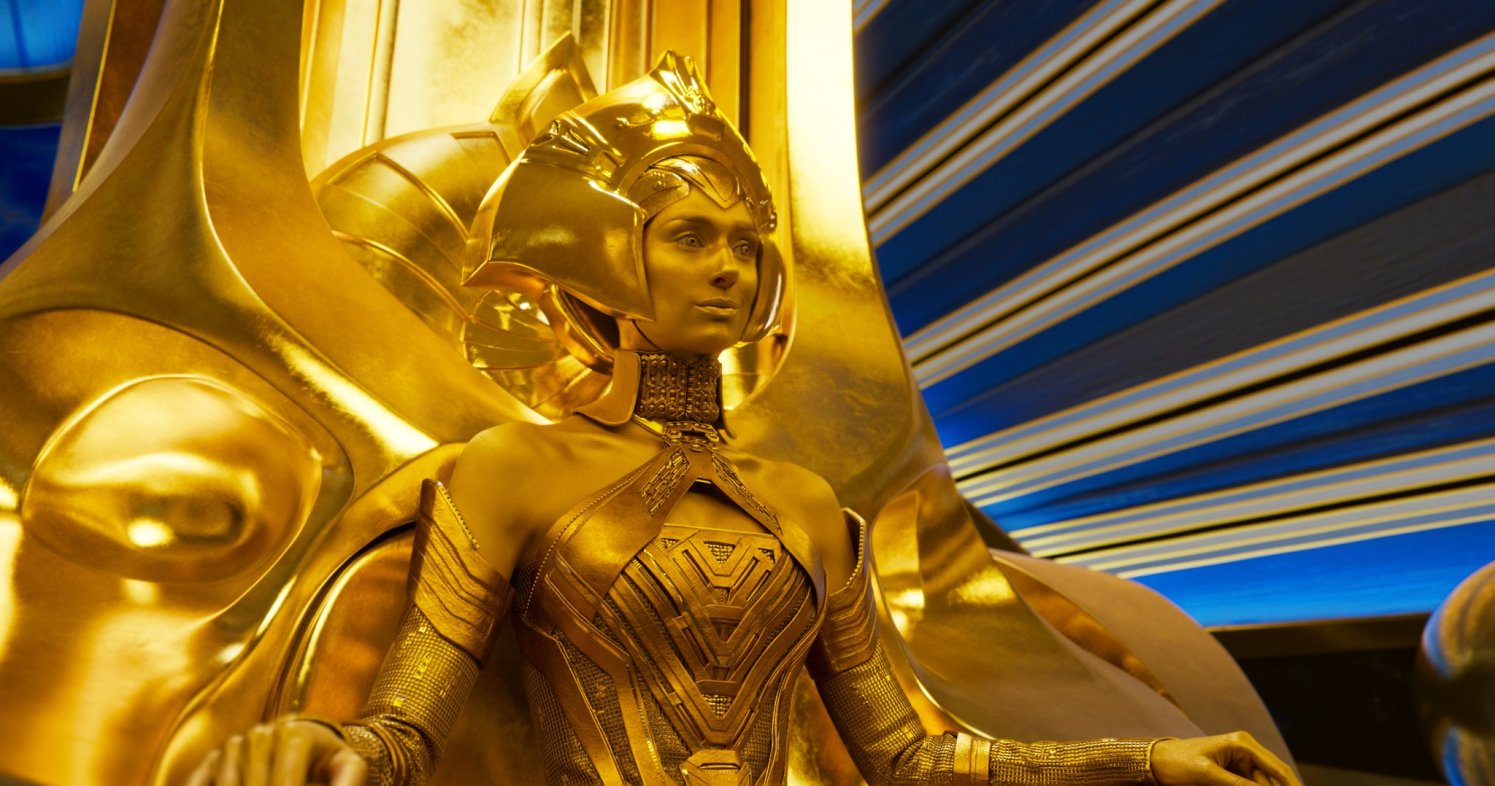 One big complaint I’ve heard about the film is that it isn’t really tied to the rest of the Marvel Universe.  My bias here is going to show, because that is actually one of the best parts about it for me.  To me, Marvel films have become so wash, rinse, repeat and often times, I think people go just to see the end credits scene with a teaser for what comes next.  That isn’t here.  There’s no link to Infinity War and Iron Man doesn’t show up just so he can be in every film.  And that’s amazing!  Guardians of the Galaxy exits as its own quirky thing, which is absolutely perfect.  Sure, there are little hints of things that could affect the greater universe.  For example, the introduction of Adam Warlock at the end or even Ego’s attack on Earth as one of the planets he plans to destroy, but it never takes it that extra step to include the rest of Marvel’s characters.  For some, that will be a huge let down.  For me it was a huge selling point, so to each his own.

If I HAD to call out a couple of misses, I’d say the soundtrack wasn’t nearly as fun filled as the first film.  The tunes are good, but not as catchy as round 1.  I’d also say that Gamora feels a little left in the dust.  Drax, a character that was not much of anything in the first film, really stands out as this funny, amazing character here, as does Yondu.  But somehow, Gamora just doesn’t seem to have a lot to work with.  Sure, there’s the story with her sister, but often times I felt that she was just there to be Peter’s love interest.  I’d love to see her get in on the fun a little more in Volume 3. 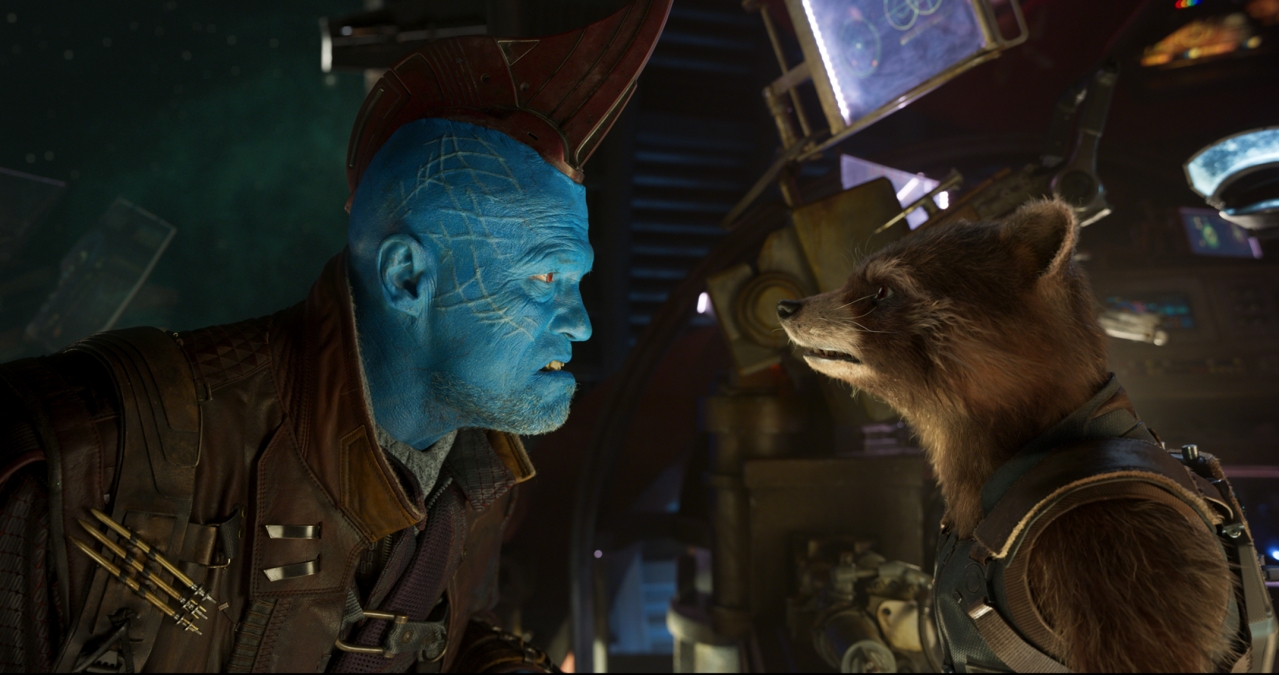 If you were hoping for more of the dark, brooding world of Captain America 3, the Vol. 2 might not be up your ally.  It’s not a film that makes us question friendship or watch our heroes rip each other apart.  Vol. 2 is about watching the least likely of heroes learn to care for each other.  It’s fun and eye dazzling and it’s very often laugh out loud funny.  Sure, I’d like to see Gamora get more material to work with, but seeing throwaway characters like Drax and Yondu become so wonderful and fun to watch is fulfilling in its own right.  Each of these characters has a great story to tell and it’s really a film that leaves you trying to figure out which of these awesome characters is your favorite.  If you loved the first film and you love some good Hollywood fun, go see Guardians of the Galaxy Vol. 2.  It’s a hilarious joy ride down the quirky path of James Gunn’s writing and I can’t wait for Volume 3!