Okay okay, I know what you’re saying. No! You’re wrong! It’s not great! It’s awful! You’re a jerk for saying such things. But let’s relax for a moment and talk this over.

Last Wednesday, it was announced that Star Wars Episode VIII would be delayed to December 15, 2017, from its original release of May 26, 2017. This was done to make way for the release of Pirates of the Caribbean: Dead Men Tell No Tales, which will now release on May 26, a move up from its original date of July 7, 2017. Of course, as does any change whatsoever, this caused a massive uproar on the internet, but I’m here to tell you to calm it on down. 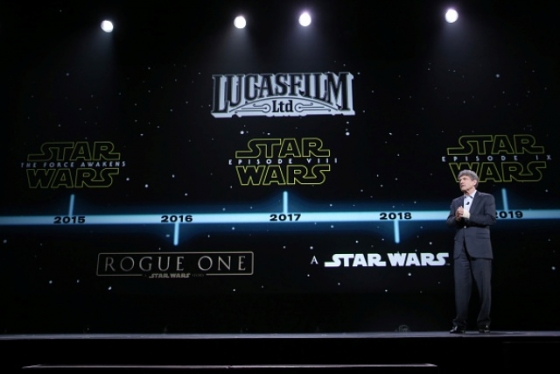 First and foremost, it’s in Disney’s best interest to have these movies far apart so that they can have the best luck with them. Dead Men Tell No Tales is rumored to be the last in the franchise so chances are good that it’s going to be a huge event with tons of spectacle. Orlando Bloom is set to return as well as a new villain played by the brilliant Javier Bardem. Already I’m excited about this movie.

The sequel to “Alive Men talk slightly too much!”

For Star Wars, time is important. The more time they have to work on the film, the better its going to be. I think that when we think about these films, we have to sort of think of them as holidays. The later time of the year always has all these holidays back to back and then once January hits, nothing. It’s such a let down. To spread these films out means we’ll have something to look forward to both early in the year and then again later, rather than having them back to back to back. I want entertainment to be spaced out and to constantly thrill me year round. I also think that when a company like Disney makes a decision like this, it comes down to finances, which is something many folks probably think is a bad reason.

Why are all the Jar Jar Binks gone?! (Photo by Jesse Grant/Getty Images for Disney

However, if you are a Disney fanatic like me than we have to realize that if we want Disney to keep making the films we love, then they have to continue to be successful financially. Through the Vault Disney project, I have been constantly surprised at how many times Disney Animation almost went belly up because of one bad investment. That’s the LAST thing I want. Releasing Pirates only two months after Star Wars, as originally planned, could be catastrophic for Pirates as it might put it up against Star Wars, which could still be in theaters. That would be terrible. Moving the film around allows them to both hit big with audiences, which can only mean more great films for all of us in the future.

Kylo Ren will return with even more temper tantrums in Star Wars Epsiode VIII : The Search for More Rage Quits.

So what do you guys think? Are you excited for possibly the last Pirates movie? Are you more excited for Star Wars? Were you heartbroken by the news of the film getting pushed back? Is Kylo Ren murdering a computer console in rage? Let me know in the comments below.