Japanese Title:  Tonari no Totoro   Directed By:  Hayao Miyazaki   Produced By:  Toru Hara   Originally Released:  April 16, 1988 After watching Grave of the Fireflies, literally any film we watched next was going to feel like a friendly reprieve.  Heck, we watched The Conjuring 2 this week and I thought […] 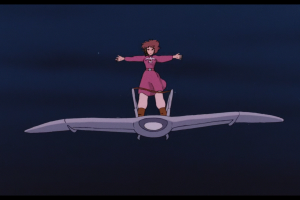 Vault Ghibli #1 – Nausicaa of the Valley of the Wind

Japanese Title:  Kaze no tani no Naushika   Directed By:  Hayao Miyazaki   Produced By:  Isao Takahata   Originally Released:  March 11, 1984 Nausicaa of the Valley of the Wind WAS NOT made by Studio Ghibli. It’s important to get that out of the way. Many people consider […]

There’s an old story about a man who lives in a cave and stares at a wall for his entire life, seeing only the shadows of those outside the cave.  He thinks this is everything there is.  Then, one day, he gets up and goes outside and sees […]

Everyday at Epcot, thousands of people wander by a pretty important tribute to Roy O. Disney without even knowing it. There is now plaque or signal that you should stop and take a selfie, and thus, people simply don’t realize it’s there. To most, it is just one […]