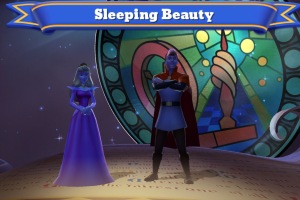 What a treat we got last night as we logged into our Disney Magic Kingdom game!  Mere hours after a teaser on their facebook page that Aurora was coming to the game, we got our first true update with new additions to the game.  And while I am […]

Original Release: January 1959 Runtime: 75 Minutes Directed By: Clyde Geronimi, Les Clark, Eric Larson and Wolfgang Reitherman Welcome back everyone! How are you feeling? Dreamy? Tired? Have you been have strange dreams of princes and dragons? Did you recently prick your finger on the spindle of a […]

Original Release: February 1950 Runtime: 75 Minutes Director: Clyde Geronimi, Hamilton Luske and Wilfred Jackson Something that I have ranted to friends and family about since starting this project is that it presents the potential to watch films which I may have never seen or that I have […]

Original Release: February 1940 Runtime: 88 minutes Despite the fact that Pinocchio was released a mere 3 years after Snow White and the Seven Dwarves, the differences in story-telling and animation feel decades apart. Pinocchio seems to transcend its predecessor in every way possible. Let’s start with brass […]