Original Release: January 1959 Runtime: 75 Minutes Directed By: Clyde Geronimi, Les Clark, Eric Larson and Wolfgang Reitherman Welcome back everyone! How are you feeling? Dreamy? Tired? Have you been have strange dreams of princes and dragons? Did you recently prick your finger on the spindle of a […]

Vault Disney: The Others #2 – Mary Poppins

Original Release: August 1964 Runtime: 139 Minutes Directed By: Robert Stevenson There are few films, even by Disney standards, as iconic as Mary Poppins. The musical story of a somewhat magical nanny showing up to the home of George Banks in order to care for his children, two […] 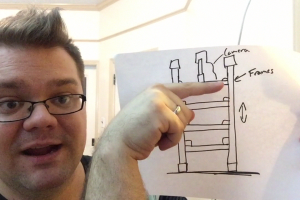 Hello all, First off, I want to thank you for your kind words and encouragement after the first one of these earlier in the week.  It really means a lot since film is definitely not my area of expertise.  Anyway, today I’ve got a little story about Snow […]

Vault Disney #15 – Lady and the Tramp

Original Release: June 1955 Runtime: 75 Minutes Directed By: Clyde Geronimi, Wilfred Jackson and Hamilton Luske In the grand scheme of watching these films, Lady and the Tramp seems a bit out of place. After all, most of our films of late have featured human characters and have […]

Hello all! Trying something new with this one.  I want to try and do fun little quick facts about the films on our list.  These are one take videos to share history and information.  Let me know what you think!

Original Release: February 1953 Runtime: 76 Minutes Directed By: Clyde Geronimi, Wilfred Jackson and Hamilton Luske Think of a wonderful thought. Any happy little thought. Got it? Are you flying yet? No? Me neither, but at least we tried right? At this point in this project, saying that […] 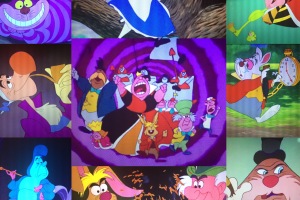 Originally Released: July 1951 Runtime: 75 Minutes Directed By: Clyde Geronimi, Wilfred Jackson and Hamilton Luske “The Time has come, my little friends, to talk of other things. Of shoes and ships and sealing wax. Of cabbages and Kings. And why the sea is boiling hot, and whether […]

Original Release: February 1950 Runtime: 75 Minutes Director: Clyde Geronimi, Hamilton Luske and Wilfred Jackson Something that I have ranted to friends and family about since starting this project is that it presents the potential to watch films which I may have never seen or that I have […] 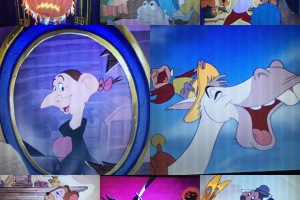 Vault Disney #11 – The Adventures of Ichabod and Mr. Toad

Original Release: October 1949 Runtime: 68 Minutes Directed By: Jack Kinney, Clyde Geronimi and James Algar The Adventures of Ichabod and Mr. Toad marks two big land marks in this project’s run. For starters, it is the last of the package film era, a series of collected shorts […] 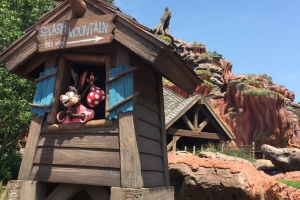 Vault Disney: The Others – Introduction

For any of you who have been following my Vault Disney series, you will know that I have just reached the end of the first ten films. Since starting this project I have been showered with surprises. I’ve been surprised at just how many of these films I’ve […]